Authorities are responding to a helicopter crash in New York City's East River that left two people dead. A Eurocopter AS350 went down near Roosevelt Island around 7 p.m. Sunday, the Federal Aviation Administration (FAA) said in a statement. It said the helicopter is reportedly is inverted in the water.

Multiple people are dead after a sightseeing helicopter crashed in New York City's East River. The pilot managed to escape, but five people remained trapped inside. Two of those trapped, later died.

I saw that on TV news, there was no word about casualties at the time, so lives have been lost.
This video is for anyone who may not be able to use the first html5 video in the OP.

posted on Mar, 11 2018 @ 08:44 PM
link
Shame there were deaths, this looks like a pretty well-executed emergency landing.

I can only assume the water temp or inability to open a door was a factor.

If you don't go through ditch training in a helicopter, it's extremely easy to get disoriented and trapped. They tend to almost immediately roll if they go into the water.

posted on Mar, 11 2018 @ 10:01 PM
link
We did roll over/inundation training in the army. When a helicopter hits the water it tends to flip over onto its rotor head(heaviest part) and makes ditching a difficult task.

Most likely the people who lost their lives likely died on impact.

AS350 has a 5 point, turnstile lock retention system similar to the ones I'm used to from the UH60M. They tend to break and get stuck if put under a lot of stress(like crashing), that's why army aviators and crew chiefs are issued strap-cutters.

Unfortunately, civilians don't get this training and many helicopter pilots on the civilian side tend to be complacent and don't do pax briefs where they might have told their passengers where all the emergency equipment is.
edit on 11 3 18 by projectvxn because: (no reason given)

I took it to mean they won't make it.

posted on Mar, 12 2018 @ 08:03 AM
link
All five passengers have died. The pitot called a mayday before the crash reporting engine failure.

posted on Mar, 12 2018 @ 10:55 AM
link
The pilot said that a piece of passengers luggage could have hit the fuel cutoff switch. I looked for pictures of the flight decks. For a 2006 model, it seems simply to be a red push button on a 6x6 switch control panel between the two chairs.
Other helicopters have guarded switches. One seemed to just have a lever that could get snagged by a camera strap.

They're looking at possibility of a passengers bag hitting the fuel shutoff switch/button?

A passenger’s bag may have accidentally hit the fuel shutoff button of the doomed helicopter that plunged into New York’s East River Sunday, killing all aboard except the pilot, who issued a frantic distress call before climbing aboard a raft and paddling to safety.

Maybe a freak accident, but it's weird that is accessible to passengers. At least you'd think that would alert the pilot to the cause and have a fail safe mid flight.

It wouldn't be the first time bad switch placement has caused serious issues on an aircraft. One of the worst in recent years was the MD-11 slat handle. It was a straight pull handle next to the pilot's leg. It wasn't unheard of for a pilot to store a clipboard there during the cruise portion of a flight, and deploy the slats. After they permanently disabled a flight attendant, they finally retrofitted them so you had to use one hand to lift a locking plate, and the other to deploy the slats.

You only have so much room to put all the switches in the cockpit. Especially in a small cockpit. Personally, I think any fuel system switches should be on the overhead panel, but they seemed to think it was safe to put there, and it apparently has been, given the lack of accidents caused by it happening.
edit on 3/12/2018 by Zaphod58 because: (no reason given)

The cockpit isn't blocked off in a helicopter like in a fixed wing aircraft. The passengers have access to all the switches. Some helicopters even fly the passengers in one of the cockpit seats, as this one would have. 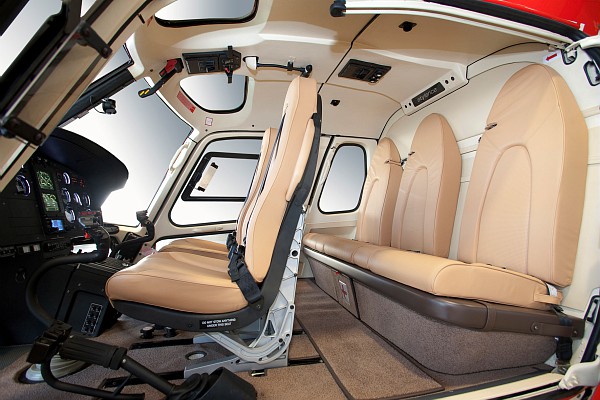 originally posted by: howtonhawky
There is no way that that could be true.

There's only so much space in a cockpit.

A pax brief should include emergency engine shutdown procedures and ditching procedures. Whether you're a passenger or a crew member, remember that when you fly together, you die together.

It's part of EPs on rotary wing aircraft.

Wouldn't have helped in this situation.

so there were more passengers than seats.

i see a panel in the lower rear in the middle.

seems like there would be some type of warning system in place to tell the operator of no fuel or that the switch is in the off position. Even then it would be a matter of time to restore fuel even if there was an alarm.

originally posted by: projectvxn
A pax brief should include emergency engine shutdown procedures and ditching procedures. Whether you're a passenger or a crew member, remember that when you fly together, you die together.

I keep flashing back to that scene in Zero Dark Thirty where one of the operators asks the rest, 'Who here has been in a helo crash?', and they all raise their hands.