On the tarmac of St. Louis’ historic Lambert Field, the future of aircraft carrier aviation may be taking shape. Phantom Works, Boeing’s shadowy advanced prototyping group, has painted part of the tarmac to resemble the flight deck of a carrier. Over the past few months, the company been using this space at all hours of the day and night to test its latest military UAV: a prototype for the U.S. Navy’s MQ-25 “Stingray” program.

A video viewed by Aviation Week and labeled “competition sensitive” shows the huge drone taxiing around the runway during daylight hours on its own power. It stops, starts, moves forward and hooks into position behind the catapult, prepared for launch. But the long-wing aircraft has not yet flown; it is instead being used for carrier suitability trials, including a series of maneuvers to ensure the UAV can easily, reliably and safely move around the deck like any manned aviation platform.

Exactly how the aircraft is directed around the deck is a company secret. We have agreed not to write about it, but one can guess that it will not involve traditional hand signals or wands. As part of the carrier suitability tests, Phantom Works also has been validating the UAV’s “spot factor” and ensuring that it can park anywhere a Boeing F/A-18 Super Hornet can, including the tightest spot of all, a slither of deck aft of elevator No. 4 called “the finger.”

The clean-sheet T-1 aircraft dates to October 2012, when Boeing completed the initial design review. It was quietly rolled out two years later and is now supporting Boeing’s concept refinement and deck-handling demonstration work for the Navy, while also building up to first flight. Gaddis will not say exactly when the aircraft is due to fly, but it will likely happen sometime after the contract award in August.

The pictures are rather nice to have. The near straight wing allows for better and longer loiter. She's blatantly NOT stealthy, as Boeing says.

The software is the key to the Boeing bid and it looks like they have a handle on it.

Lockheed and GA are not in good graces, so the fugly entry might even win this time.

and didn't it have range problems?

You just need to register, you don't need a subscription.

Yeah I forgot my password so went to reset it at work and I never got the email. Think they have problems on their end.

At home now. Here's the pictures. 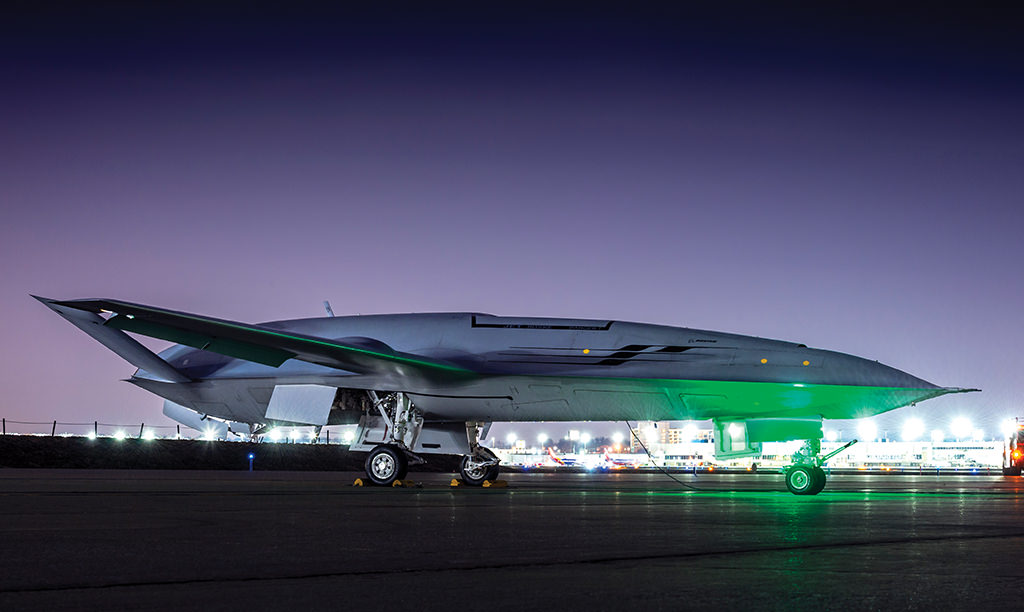 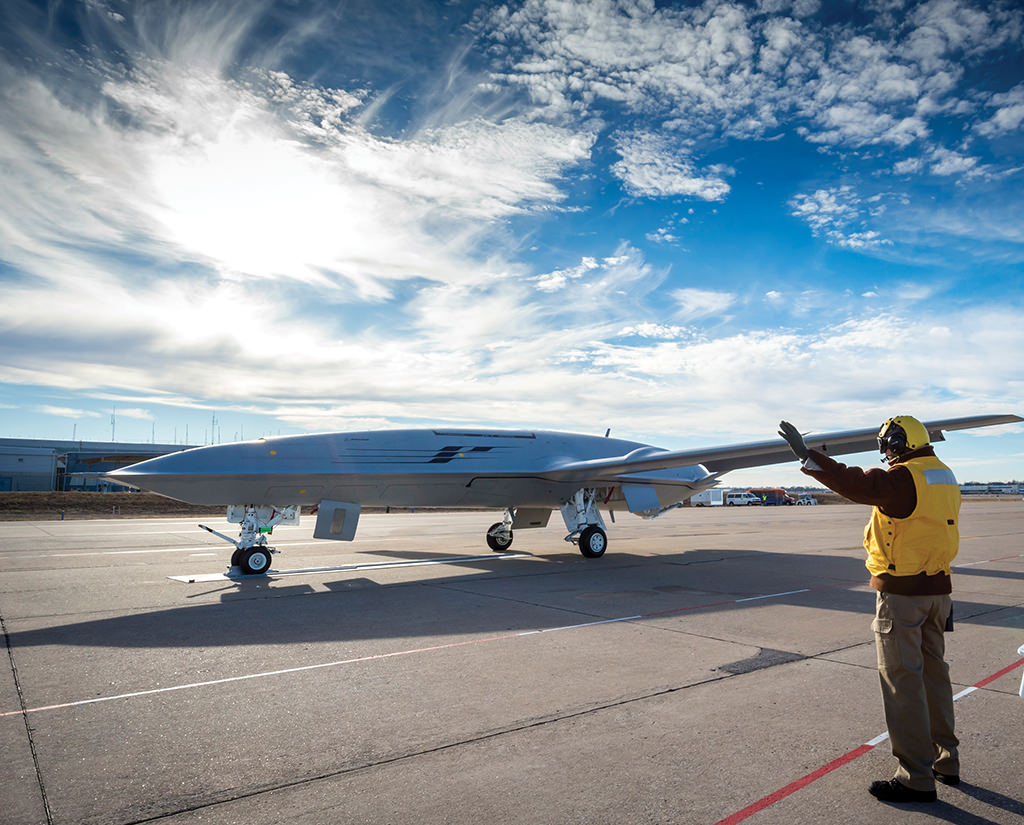 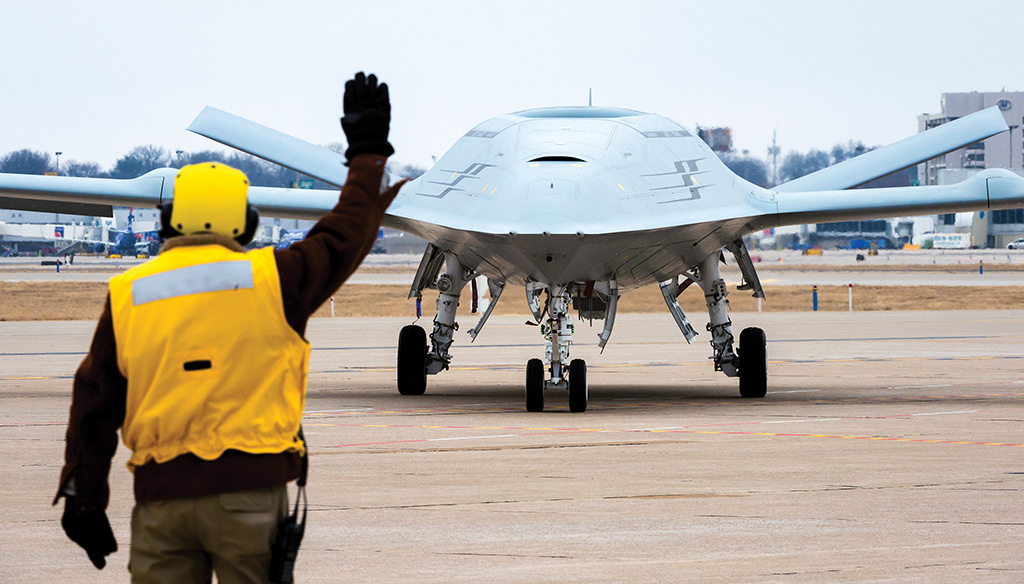 Same thing here. I have an account now but I cant confirm my email address. Guess we just going to have to wait it out.

originally posted by: moebius
a reply to: anzha

you mean like the b21 duct style ? That they gotta figure out

It also confirms that the 'slit' that was seen in the original pix was, in fact, the intake. 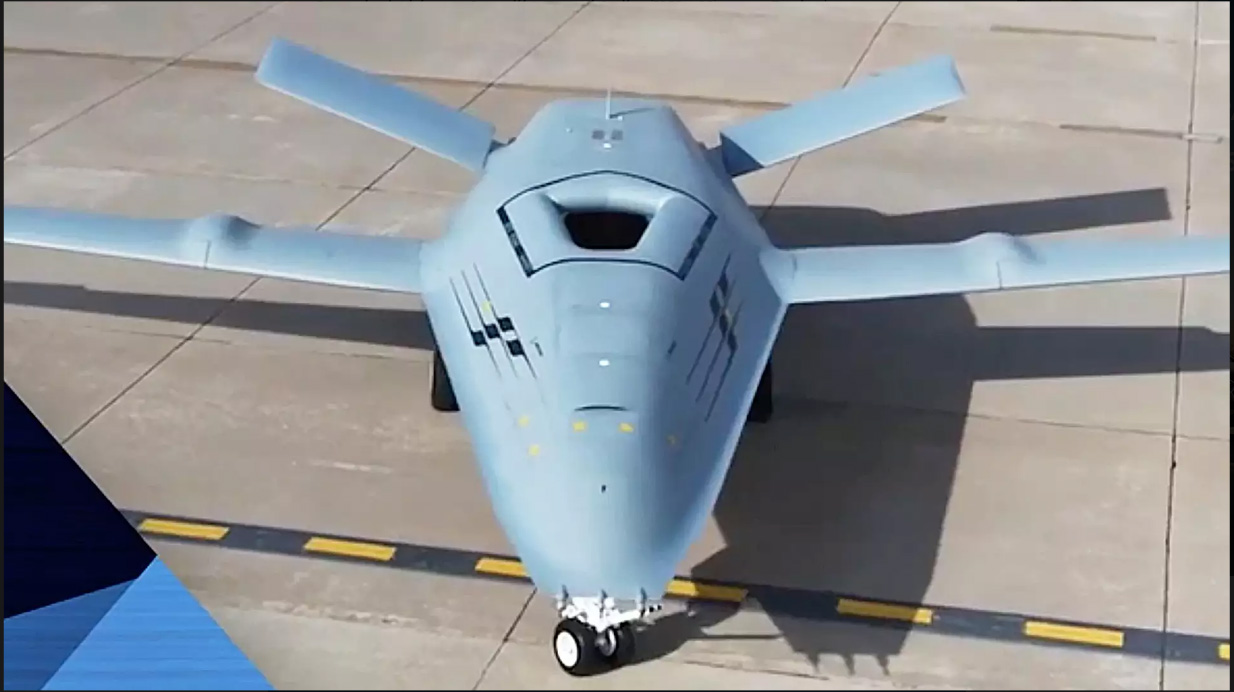 I would say based on the Navy's recent commentary (see below) that speed of deployment onto the carrier is the most important aspect of the MQ-25A program - even over price! - that this is becoming Boeing's program to lose.

Kinda, sorta. it's bigger than I thought it was.

I still think they're going to need to plump her up a bit for the role.

The Boeing Co., St. Louis, Missouri, is awarded a ceiling price $805,318,853 fixed-price-incentive-firm-target contract to provide the design, development, fabrication, test, verification, certification, delivery, and support of four MQ-25A unmanned air vehicles, including integration into the carrier air wing to provide an initial operational capability to the Navy. The work will be performed in St. Louis, Missouri (45.5 percent); Indianapolis, Indiana (6.9 percent); Cedar Rapids, Iowa (3.1 percent); Quebec, Canada (3.1 percent); Palm Bay, Florida (2.3 percent); San Diego, California (1.5 percent); and various locations inside and outside the continental U.S. (37.6 percent), and is expected to be completed in August 2024. Fiscal 2018 research, development, test and evaluation (Navy) funds in the amount of $79,050,820 will be obligated at time of award, none of which will expire at the end of the current fiscal year. This contract was competitively procured via an electronic request for proposals; three offers were received. The Naval Air Systems Command, Patuxent River, Maryland, is the contracting activity (N00019-18-C-1012).

I'd say having something already built made a difference then.

Almost certainly. They said time to integration would play a bigger role than cost.