PLEASE DO NOT MAKE THIS THREAD ABOUT SCHOOL SHOOTINGS, GUN CONTROL, OR ANYTHING ELSE ABOUT WHICH IT IS NOT MEANT TO BE. THIS THREAD IS MEANT TO DISCUSS THIS FIREARM AND HOW AWESOME IT SEEMS TO BE AND HOW FUN IT MIGHT BE TO SHOOT, AMONGST OTHER CLOSELY RELATED THINGS.

THANK YOU IN ADVANCE

Okay, so, apparently there has been an effort ongoing for decades to design and produce a double-barreled AR-15, and has been met with success before (as far back as the 1950s, according to the article) but never been put into mass production.

Enter the Israeli-designed (but going to be U.S.-built) Gilboa Snake, a double-barrel AR-15 that will be fully legal for sale in the United States. And what is better, it will start rolling out for sale in Fall 2018. 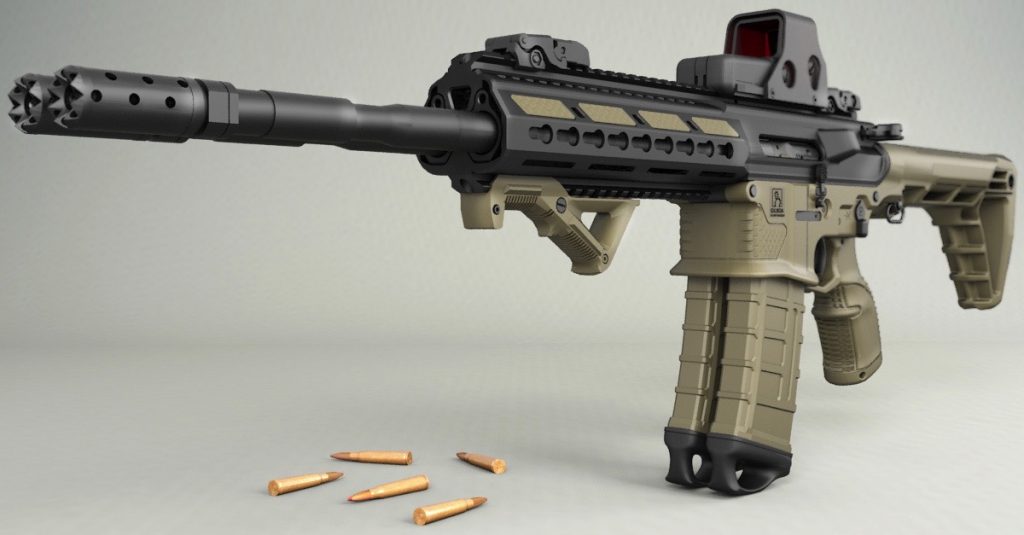 That thing looks fun as hell, and what a nice, clean design! I would love to get my hands on that bad boy and have some fun at an outdoor range. Here's a little from the article about the design and function of the civilian version:


Gilboa’s Snake rifle is built by the Israeli weapons manufacturer Silver Shadow. It is available as a semi-automatic civilian rifle and a selective fire model for military and law enforcement.

The civilian variant features a pair of separate and independent gas blocks and pistons. The double trigger configuration avoids the ATF’s definition of a machine gun as a firearm that fires multiple rounds with a single trigger pull. The select-fire version features a single trigger. 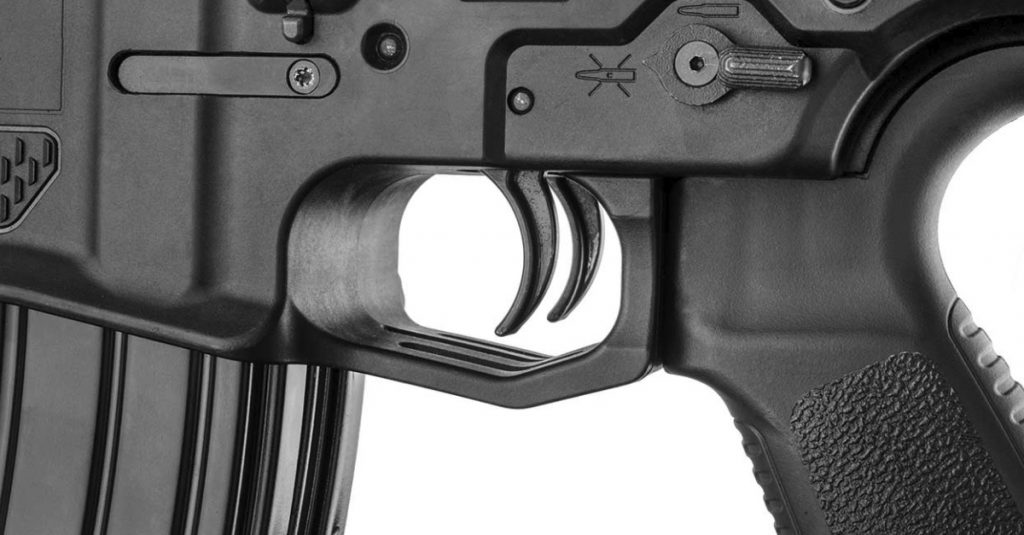 Both versions feature separate ejection ports that eject spent brass to both the right and left sides of the rifle. In both variants, two separate magazines feed below the rifle.

Three Picatinny or keymod rails can support a variety of optics and other accessories above and around the twin barrels.

And at an unloaded weight of under 11 pounds, it's not ridiculous in weight, either, considering that you're basically carrying two weapons in one.

The only downfall that I can see is that, according to the article, we're looking at an MSRP somewhere between $2,200 and $2,400. I'm a cheap bastard, so that's a lot of money to me.

Here are a couple videos on the rifle, the first being from Guns & Ammo and the second an interview by rangehot.com with the manufacturer at a gun show. Unfortunately and surprisingly, the manufacturer has not uploaded a video to their YouTube channel about the double-barrel Snake yet.


So, what says you, gun enthusiasts? Overkill? Unnecessary? Cool as hell? You want one?

All of the above?

One thing is for sure--with brass being ejected out of ports on both sides of the firearm, us righties will get to see what it's like for a lefty to fire our weapons. My wife fired a right-handed M16 and M4 while she was in the military, and she taught herself to shoot right-handed because of the hot brass flying in her face and down her (at the times) BDU and ACU tops.

I think that would take some getting used to, plus the magazine ejection button on both sides.
edit on 8-3-2018 by SlapMonkey because: (no reason given)

Well, to be fair, it will be produced in the U.S., so both in this instance

Does it come in American Flag?

I know that really set asses on fire. hahaha.

Yea that does look mean. Good thing .223 is cheap, anyone owning that is going to go through a ton of rounds in the first day at the range.

School shootings are not the topic of this thread. Please stop going off-topic with snarky comments.

I guess that my first nine words of the OP should have made it clear that this thread was not about the topic of school shootings or something...

Well, to be fair, if you watch the first video, deer hunting isn't the reason for the design, it's about being a better offensive/defensive weapon when needed to take down a bad guy.

To be honest, though, I don't think that it will necessarily increase the rate of on-target hits with the barrels being only about two inches apart--aim and timing still needs to be spot-on.

posted on Mar, 8 2018 @ 03:50 PM
link
Sounds fun but very expensive on ammo versus range time, seem to remember someone making a triple M16 which was mental and probably illegal without a lot of paperwork anywhere in the world.

Would like to see a .50 cal full auto version of it just for the lulz so perhaps theres a business opportunity out there for those people who really fancy plinking lead at a large scale.

Well, to be fair, "sensible for Public consumption" is a subjective phrase.

We all have our opinions. I certainly don't think that it's necessary for me to own one, but I wouldn't say no if someone handed me one and said, "Here, you can have it."

I certainly wouldn't want to pay for all of the ammo...like I noted, I'm a cheap bastard.

I wonder if my martial arts instructor could create that double-barrel .50-cal...he's good with his hands and metal, and already owns one .50-cal.

(He used to be a machine gunner in the Marines)

I wouldn't want to be the shoulder of the person shooting it, though

It seems to me it would make more sense to have one trigger firing both barrels, those triggers look to far apart and on the same plane(whos finger is that wide).

I guess it isn't a matter of if it works, but if it will sell.

Ha...clever edit to keep it on topic.

It would do well shooting this guy: 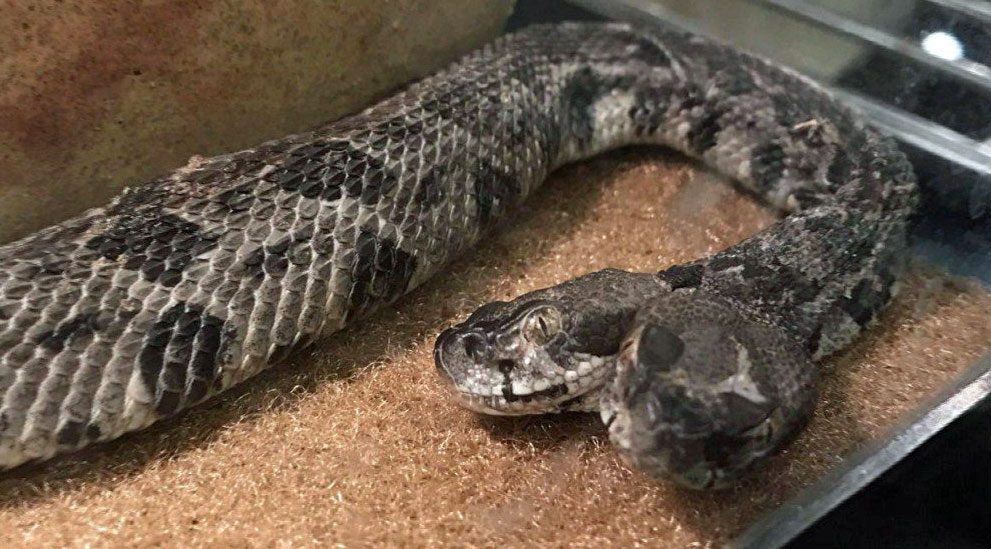 Slight overkill, but would probably get the job done with one shot. Talk about killing two birds with one stone...ish.

The videos show it being fired, and the triggers seem close enough. I mean, the pad of my fingertip is about 1", so that'd have to be a mighty large gap to cause a problem.

I sure would take some getting used to, though.