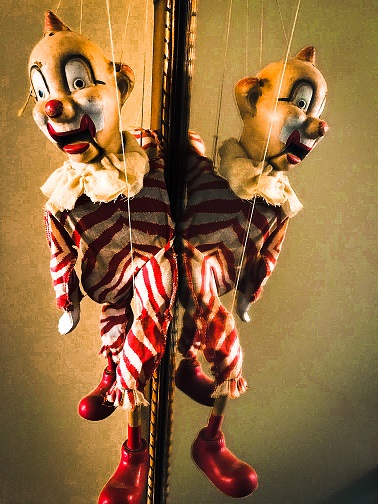 
Yeah, uploading pictures is NOT the simplest task here.
Clowns don't really creep me out and that one looks especially mischievous.
It's wanting to have some fun.

I find as I’m getting older that I’m just not interested in material things that once gave me pleasure. I just want to give most of it away... and probably will in the next few years. You can’t take anything with you when you leave this world, and it is seeming to be more of a burden to take care of things than to just let them go.

That’s how I feel now... haven’t garage saled in a few years, and it used to be my favorite pastime..especially for collecting glass and other treasures.


I collect masks. I have 2 gas masks, a child sized airdrop mask from ww2 and a Combat-CBRNE from the 1980's, A Zulu Tribal mask (unknown details), a Tiki mask (most likely a tourist item but I was told it is from Africa) And an authentic Tai Buddha mask used in meditation.

I also collect useless information which I will never fully understand.

I'm a big kid so I still collect stuff that from back in the day-cards, nerf guns, micro machines-those sort of things.

I guess it could be considered weird because i'm in my mid thirties, but hey at least I don't collect belly button fluff or ear wax-yes people have done that.

posted on Mar, 5 2018 @ 10:40 PM
link
Mineral spheres. I think it was actually another thread on here that got me started. I only have 5 at the moment but I plan on building a big collection and getting nice display cases for them.
Check these sites out:
spherestoyou
etsy (search for mineral sphere) 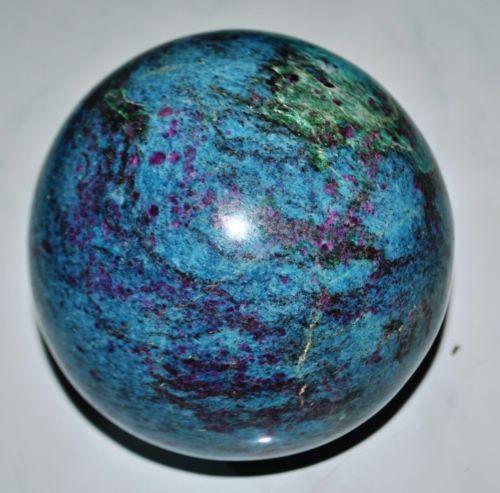 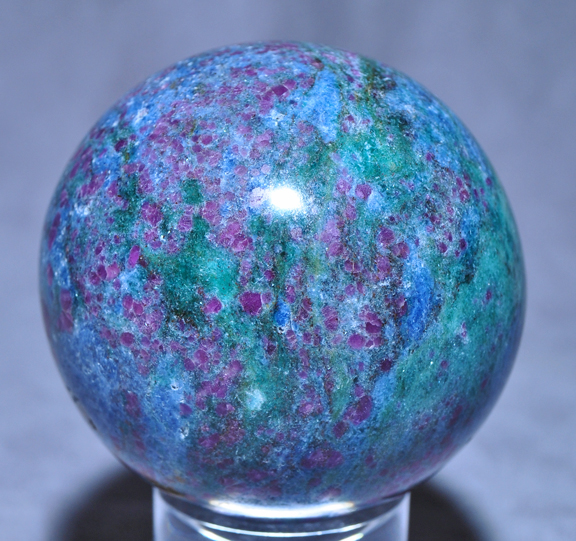 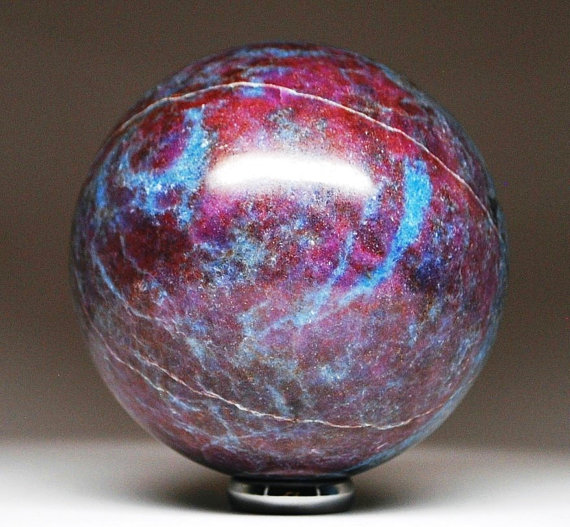 posted on Mar, 5 2018 @ 10:50 PM
link
I guess you could say I also collect pictures... Just added up my numbers and it looks like my collection has approximately 161,573 images across 1,800 folders. Everything from nature to interesting building interiors to squirrels eating pizza... Yes, I really have a folder full of pictures of squirrels eating pizza. Don't even ask me why, I have no idea. 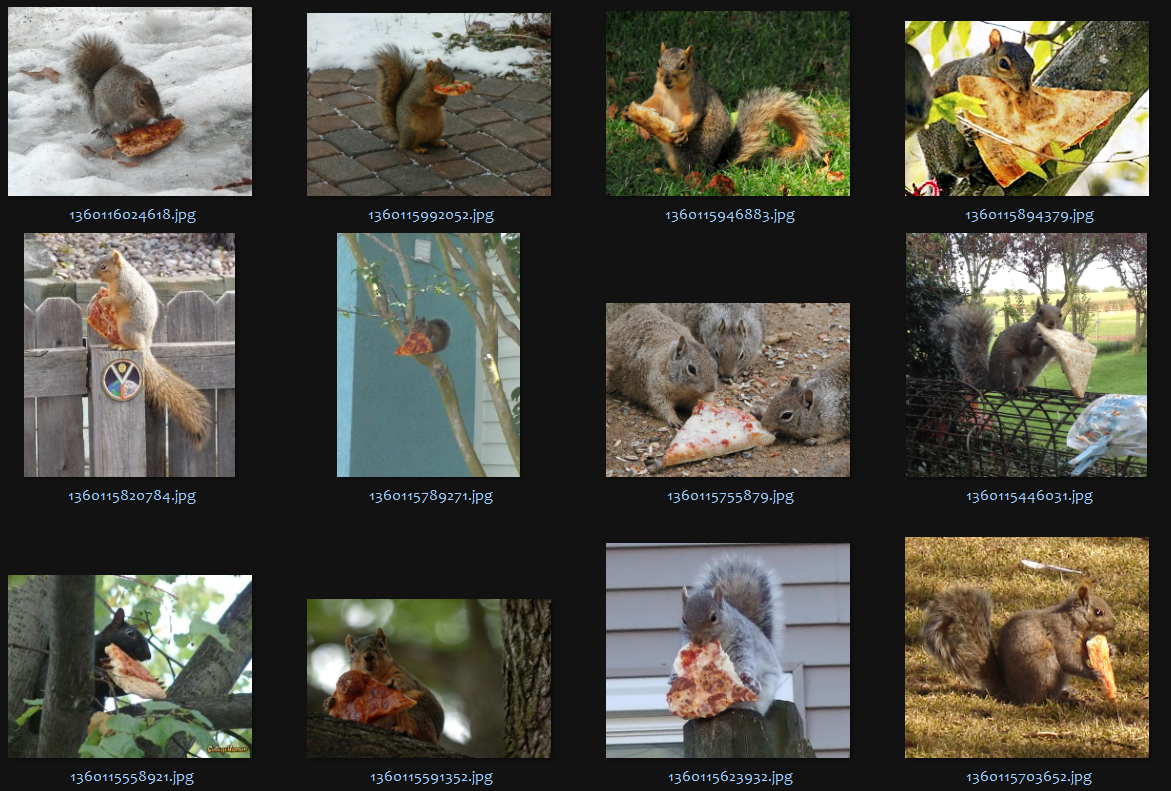 originally posted by: trollz
Mineral spheres. I think it was actually another thread on here that got me started. I only have 5 at the moment but I plan on building a big collection and getting nice display cases for them.
Check these sites out:
spherestoyou
etsy (search for mineral sphere)

posted on Mar, 5 2018 @ 11:35 PM
link
Hot wheels. I destroyed the ones i had as a kid and started collecting again about 4 years ago. Mostly cars i will never be able to afford except in miniature. Johnny lightning also m2's.

I have one, but different than the ones you showed. I'll be going to a metaphysical shop on Friday and hope they have one I really love that isn't too high priced.

the heads of my enemies

I don't go looking for most things, usually just pick em up as they cross my path. Dead roses, feathers, the ends of incense sticks after burning, coins, Clipper lighters... There's probably other random crap I collect... Like my old guitar strings, I cut the ball-ends off, I've got a metre long string of them which can be worn as a pretty cool bracelet

posted on Mar, 6 2018 @ 07:18 AM
link
My father worked in residential and later commercial HVAC. He would do lots of work in old buildings and homes in Columbus, Ohio. When they would tear out old ducts, sometimes he would find old coins that had fallen into the vents long ago. He started bringing these home to me when I was very young and I would keep them in a tackle box. I lost track of this box when I went to college. I would still collect old coins as I randomly found them (usually anything 1940's or older).

My father passed last year, and I found the box while going through his stuff. All the coins still there. Some of the older coins are a couple well worn dimes from the 1890's, several coins from 1900-1905, dozens of bicentennial Kennedy half dollars (1976 is my birth year), wheat pennies, and other randoms. Probably the strangest is a Boy Scouts good luck medallion from 1910 (The Boy Scouts were founded in 1910). Horse on one side and a swastika on the other. 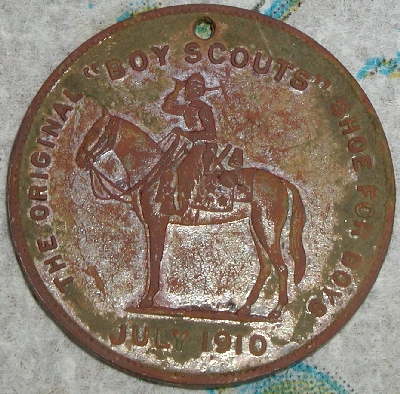 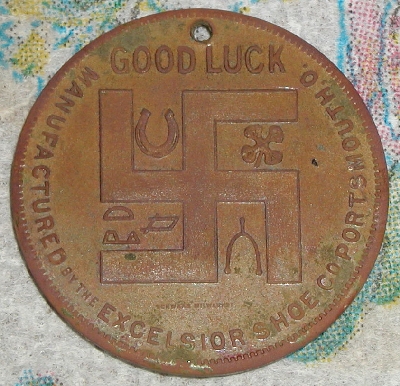 After some research, I found that the Excelsior Shoe Company gave these out with a purchase of the official Boy Scout shoe. As for the swastika, a reverse swastika was a popular Victorian era good luck symbol.

Also collect Tijuana Bibles. I would post some pics, but they are inappropriate for this site.


The term "Tijuana bibles" was first noted in Southern California in the late 1940s and refers to the apocryphal belief that they were manufactured and smuggled across the border from Tijuana, Mexico. In the 1930s, many early bibles bore phony imprints of non-existent companies such as "London Press", "La France Publishing," and "Tobasco Publishing Co." in London, Paris, and Havana. The popular line using the "Tobasco" imprint was around the underground market for a couple of years and also printed a number of pamphlet-sized erotic fiction readers, in addition to about 60 Tijuana bible titles, most of them original. Tijuana bibles were sold under the counter for 25 cents in places where men congregated: barrooms, bowling alleys, garages, tobacco shops, barber shops, and burlesque houses. One commentator reminisces: I came of age during the war and served in the United States Navy, and I recall seeing them behind the counter at magazine stands and bus terminals, in penny arcades, and in dusty little second-hand bookshops. During their last years of production, the late 1950s and early 1960s, the little second-hand book and curio shops seem to have been their primary distribution outlets. In some senses, Tijuana bibles were the first underground comix. They featured original material at a time when legitimate American comic books were still reprinting newspaper strips. After World War II, both the quality and the popularity of the Tijuana bible declined.


I inherited about twenty or so after my grandfather had passed. He got them when he served in the Navy in WWII. I don't see them often, but I usually snag them when I do.
edit on 6-3-2018 by jtrenthacker because: added content

I have a collection of brick pieces that have washed up on the shore. I have a small pond and they line the pebble path leading to the pond.
I wonder about the buildings they once were part of. I've found charred pieces I imagine came from a chimney. Most are very small. Two inches by two inches is average.
There was a foundry out on a peninsula just south of where Langley air force base is now.
It burned down and was demolished but a lot of pieces wound up in the bay. I'm sure many that I have were from there.

I have fossil shark tooth we found in the James river. Well on the beach. There's an area where the river has eroded the land and uncovered a bunch of fossils. I also have a hugh scallop shell fossil from the same beach it's five inches across very thick and pitch black. You're not supposed to take the fossils but I'm a,law breaker lol.

My store used to sell tables with fossil stone tops. I think they came from Japan but it's been a while so I'm not sure. Yes very pretty and interesting to look at.

We found some weird tools buried in the dirt of the carriage house. ( garage now but still has carriage doors that open out. )
We were installing a concrete floor and needed to level the dirt floor. We just scraped the surface to smooth it out and found some small hand tools. An awl probably used to pierce leather and funny enough a small silver butter knife. Someone must have needed a screwdriver and couldn't find one lol. We found a small very thin wrench. Only one end has the wrench. Unlike the dual ended ones we have now.