The Swamp Has Won

Democrats have overturned the results of the election with a fake investigation that's crippled his ability to govern.

They'll no doubt find something on him, it's impossible to investigate someone with international business agreements and not find something they've done wrong over the years.

They'll recommend charges against him for something completely unrelated to the election and Russia and with that, we've lost our democracy and our right to free elections.

If this is effective then it'll be the standard model of operations against all future elected Republicans, after and if the sexual allegations fail again.

I'm not sure how the strategy of running patriots out of the DOJ is going to work out but it seems pretty piss poor to me.

I still have plenty of hope. There are too many guys on our side that have worked intensely to put these things into play. Of course the same could be said about the swamp players, but IMO, the real whitehats have more passion invested.

Your hope gives me hope. I'm running low (compared to normal). Trump needs to fire sessions and be done with it. That alone could stem the tide. Leave Rosenstein. Leave Mueller. As long as someone is there to fight the swamp, we have a good chance. But I'm not aware of many patriots left in the DOJ.
edit on 4-3-2018 by Dfairlite because: (no reason given)

My misgivings were cemented with the proclamations regarding unemployment. Unemployment in America remains rampant. No one's really seen an increase in their base-pay. The National Debt is about to leap forward again.

Until we get a legitimate Populist President to take charge of this country and arrest everyone who's been fleecing us ...

posted on Mar, 4 2018 @ 11:26 PM
link
Submit? Ha! So after all this time NOW he is gonna to give up?
Rendered Impotent? You mean with the 2018 elections? There are going to be big changes just like the last presidential election. Why should we listen to ANY pundit after 2016?
People left? It happens.
Fake Poll numbers? So, the people who fixed them against him in the election are now making them ok? Really?

Actually the U6 rate is down 20% in just the last year, so that's really good. Down to 8.2% from the obama era normal of 14-16%. People are seeing raises (I did, in october) over the last year, in more places than has been seen in decades. Add in the tax cut and people everywhere are taking home more money.

The jury will be out on deficits until probably Q4, then we can quantify the effect the tax bill will have on those.

That's a fun conspiracy but the powers of the president are pretty substantial and all laid out in article 2 of the constitution.
Have a read


Is that so? Then how come no president I’ve ever seen has done any of the promises they said they would do? Hmmmm me thinks you are just told to keep your eye on the puppet, and blindly do so willingly.

Nothing in article 2 of the constitution even hints at power that is meaningful. Wow he can pick his own posse, he can call for a treaty, he can pardon someone. But can he actually change the course of the United States alone? Not even in the least.
edit on 4-3-2018 by TheLotLizard because: (no reason given)

originally posted by: Dfairlite
the swamp has won the war. Trump will submit and will probably be impeached... 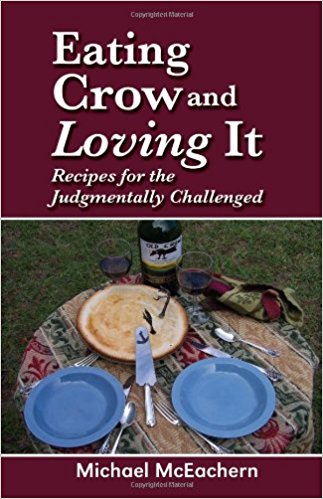 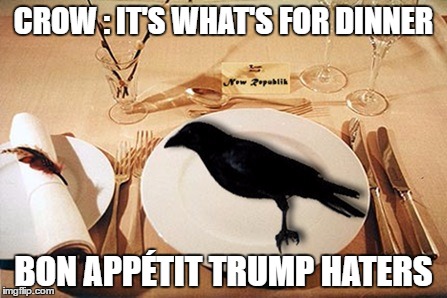 Why is trump pushing harder on 2A than obama? Why is trump vowing unconstitutional action? Why is trump following illegal court orders on his DACA removal? Why does tomorrow never come? Why has there been no jusitce anywhere against the swamp? Why is Mueller expanding his probe into more trump specific areas (hint: rosenstein)?

As for the mid-terms, the dems will retake the house. They're going to cheat harder than they've ever cheated. And republicans are going to be lazy and stay home, what do they have to vote for?
edit on 4-3-2018 by Dfairlite because: (no reason given)

originally posted by: Dfairlite
a reply to: The GUT

I remain hopeful, but I'm feeling like one of the crazy Russian collusion believers with the recent events and the absolute incompetence at the DOJ.

Congress has to step up to the plate.

The DOJ and FBI answer to them.

Listen to Nunes on Mark Levin's show, should be on again in 30 mins or so on Fox.


When Clinton was President, he stacked all the major positions like he did in Arkansas. Which makes me think Obama was just supposed to keep his seat warm until Hillary got back in. Bill turned Arkansas around , they didn't care where the money came from, most were happy to get a job. The only problem as President it can't work that way. It's too late... nature will now take its course you can now see what happens to a corrupted government with dwindling resources, even to get a lower echelon job you will have to be connected. Which will just embed the present state of affairs. It's a shame.
edit on 5-3-2018 by anonentity because: adding

I will be so happy to eat that crow. But of the "prophecies" he's 1-1. Trump got elected. Dollar is weaker than it was when he took office.

I watched a movie tonight.

It was called "Real Steel," all about a kid who wanted to fight his salvage-yard robot, Adam, and his estranged father who could fight robots but was always held down by TPTB. It was a lot of fun to watch.

There was one scene that reminds me of this: Adam is fighting the champion, Zeus. Zeus is bigger, more powerful, and has a more advanced AI system. During the match, it's almost all Zeus, with Adam getting in a few good shots but usually picking himself up off the ring floor. In the next-to-last round, Zeus manages to beat Adam so bad his voice interface goes out. He's helpless, unable to hear commands. The kid engages "shadow mode," which lets Adam mimic the moves the kid's father makes, and they start the final round.

Adam is on the ropes, unable (seemingly) to fight back. Zeus is beating the dickens out of him. Adam just takes it and takes it, the kid is screaming at his dad to fight back, and the dad keeps saying "not yet." Finally, Zeus' power runs low, and Adam makes his move. He completely destroys Zeus after that, and almost wins the championship, but Zeus is saved by the final bell. Still, the kid has proven what he wanted to prove: he could build a fighting robot that could challenge the champion, from a junkyard.

That phrase, "not yet," keeps popping into my mind. It's not time. The opponent's power has not yet faltered, but it will. Don't sell Trump short, nor Sessions. Trump has used Twitter to draw out his enemies... now he is drawing them into his trap by acting like they've won. Once they enter the trap... then it's time.

Gun control? Nope. He's focusing on mental health, allowing for a raise in the minimum age to buy. DACA amnesty? Nope, he's making that path to citizenship very long and very hard, and taking out the uncontrolled chain immigration dynamic. What does he get for this? He gets to show the American people, the ones who are not rabidly screaming for his head 24/7, that he's not a hard-line conservative, but he's also letting his base see that he won't completely abandon his principles. What do the American people see in Congress? "Give us DACA! No, no, not that much DACA! Tax cuts won't help! All that extra money isn't as good as you think it is! More gun control! No, no, we can't do mental health too! We want Obamacare back, so we can do mental health!" Confusion and hypocrisy and smoke and mirrors.

Oakland just stepped into the trap. All Trump needs is one heinous crime committed by an illegal immigrant, and it's jail time for the mayor and a disgraced sanctuary city. That will be along soon. I've been getting the feeling that Mueller has already started looking into Clinton's Russia connections. That should pop out into the public eye right about perfectly timed for the 2018 elections. We, those who don't have the inside info, just have to be patient.

It will be time soon.

You really don’t get what I’m talking about do you? Even with full control nothing would be done. Because he is nothing but a façade. We could have elected Harambe and the same Sh## would be going on right now, just the only difference is the name people are currently talking about.

Keep going his clock is ticking and is over a quarter of the way to him being out of office. One year has gone and nothing has happened, I wonder why?

Hmmm probably because the government isn’t being run by the person you think it is.
edit on 4-3-2018 by TheLotLizard because: (no reason given)

That's why voting is important.

They can be last, tho.

I hope you're right, but in the real world, zeus wins that fight every time. Let's hope this is the exception. but my view is changing on trump and what he's doing.

Gun control - can you imagine if obama had proposed this age change or unilaterally banned bump stocks (which he doesn't have the authority to do, his attorney even told him that)?

DACA - I'm not talking about amnesty, he played that deal beuatifully. I'm talking about the court order that said he has to accept more DACA kids. He plans on following that.

Oakland - all words, no action. The oakland mayor obstructed justice. No need for a heinous crime, arrest him. But nope, sessions won't do a f***ing thing.

I keep waiting for tomorrow, but it never comes. Like I said before, I'll be happy to eat crow on this, it's why I wanted trump since he announced his campaign.