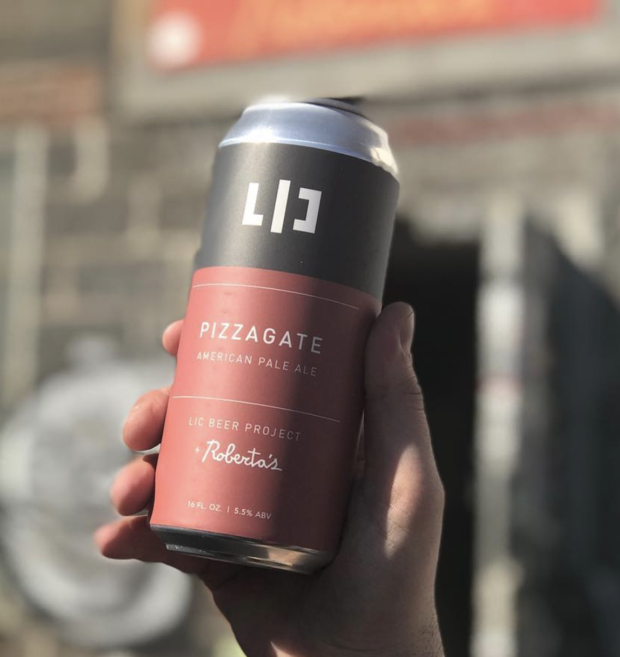 Whoever wrote this article however, isn't well versed in P-gate at all:

In case you've forgotten — because you couldn't not know — Pizzagate was a fake news story about an alleged child-sex ring that Bill and Hilary Clinton ran out of a pizzeria in Washington D.C.


It's cool, this conspiracy skeezes me out anyway.

I have no clue what they're talking trying to link Roberta's to Pizzagate. The writer here seems pretty ignorant and probably just trying to kick up some hype.

Roberta's is in my neighborhood and I've been there plenty of times ( unbelievably good pizza btw ). I've met the owners and they're staples in the community. They have nothing to do with Pizzagate.
edit on 4-3-2018 by AgarthaSeed because: (no reason given)

I was just thinking if they're unrelated, wouldn't you want to market a new product with a hashtag that isn't going to pull up the results that #pizzagate does? That was my first thought when I saw their flyer in that article.

Why not call it Dentistgate to be more accurate? Oops am i too close to the truth. The article is full of inaccuracies and lies and shows clear signs of population and narrative control. Funny i just posted about this sort of thing in the Q thread and voi­là. Makes me sick.

posted on Mar, 4 2018 @ 07:45 PM
link
I think I may come out with a rival brew called Satanic Child Sacrifice. If people will buy her beer they'll buy anything.

I think I may come out with a rival brew called Satanic Child Sacrifice. If people will buy her beer they'll buy anything.

If you saw someone drinking one of those, it'd be a cool conversation piece.

I wonder if the Catholic Church has a house wine called Kid Diddler...
At least that allegation is proven since they moved priests around to molest even more young boys. And a few convictions.

Same great hangover with no buzz.
edit on 4-3-2018 by rickymouse because: (no reason given)

originally posted by: Mandroid7
This saw this video is on youtube, pizza guy looks highly suspicious.

fascinating, its rare i watch a whole hour long youtube video, that was very good though, thanks!

I want the Swamp DRAINED, from the bottom down, not the small fry arrests made so far here and there. Yes those pedo's being stopped were good, but thats not where the Monster lives. It rules us and preys off us, and mocks the ones who see it.

I've been told if enough wake up they would pretty much destroy earth to not give up power, all out war, pole shift via scalar and nukes, anything they could to send earth back to the stone age, and keep power, or worse.

But that kind of thing doesn't matter me. Either the miracle comes in and we win, or the whole universe can super nova as far as i'm concerned, and all souls trapped here freed.

Nope, it's the Derp State which likes to troll the citizens by doing the ever infamous 'hidden in plain sight' thingy that makes every one of the awoke sheeple nutso.

The rest of us see it as the trollfest that it is.

posted on Mar, 6 2018 @ 05:53 PM
link
The preferred beer of interdimensional-shapeshifting-child-molesters.