originally posted by: Plotus
Do you notice the difference between a horse or a zebra, or a lion from a panther.... There is no 'not' noticing differences. If their is, you need help. It's how you act on that difference. You are going to act different in Huntsville Alabama than you are in Bozeman Montana, or Katmandu or Saudi Arabia. It's how you behave to that difference.... arrogant or kind.

Those are different species. Homo sapiens are of the same species.
edit on 5-3-2018 by LesMisanthrope because: (no reason given)

Isn't the definition of race the genetic differences caused over time due to environmental factors?
Certain cultures took a while to be able to actually process milk and some cultures never had to.

There's also various differences between races which doctors need to be aware of.

To deny race is to deny evolution.

There are no characterstics for a "race" taxonomy. Any trait you determine for one race is found in others.

There is nothing that defines race from a scientific standpoint.

One more thing: culture is a study for sociology (a liberal art, not science). Evolution and genetics on the other hand are science.

OK, I may have used the term culture incorrectly.
So how would you define genetic differences caused by environmental factors?

Or are you saying there are no genetic differences?

You mentioned the differences in dogs which have a taxonomy.
Why do you think humans are any different?

To create a classification one would need specific traits to classify with. No such traits exist in himans, save for some tooth ridge and jaw alignment variance in some asian people.

Black skin, wide nose isnt just found in africa. Its aldo found in south asia and the americas. As an example.

There were some archaic genetic haplogroups in the Americas prior to colonialization. They died off in the epidemic diseases. Their genetics were not such that they could fight off diseases picked up after domesticating animals. Today we would classify them as "indian"...despite the genetic difference.

Skin colour is related to diet. Of course it wouldn't be limited to just one place.
Not sure about the differences in nose size but I would expect similar variations in different populations.

What's the difference between breeds, races and haplogroups.
To me they seem to be the exact same thing.

I did not name traits to classify with because those traits are shared by all humans.

Haplogroups relate to genetics not physical appearance. You could sort by region....but even then, humans have wandered near an far and you find pockets of similar genetics everywhere mingling with other groups.

There are no human "breeds".

We have spent the last 100k years going all oger the world and back again. We have not had populations isolated long enough (which survived) to allow any one group of humans to become different from any other group beyond the cosmetic responses to climate, like skin color.

Aren't genetic differences such as lactose intolerance an example that goes beyond cosmetic?
How does skin colour change if not through genetics.

I do not believe in a concept called race , but as long as folks put negative connotation on a shade there will be problem, from much of ancient literature , a person's color maybe self evident but not tied to any value judgement in of it self, it was simply a descriptive term, your tribe or nation was much more a factor, however 16th to 21st century saw the rise of racial consciousness and racism that came with it.

In an ironic twist, many in a conversation about slavery are happy to point out that, Blacks sold other Blacks into slavery, which is true on a superficial level, the reality is they were being race conscious less ( is that a real word??) but they were being old school, yes a Brit, French, Dutch were just different tribes , as they were to Ashanti, Swahili, Tuareg and was just as liable to war with each other, as they among themselves.

Nor is racism simply to be bred out, if value judgment tied to color remains intact, all that does is give us is a bunch of mixed racist.
It's all about the value judgment itself not the description thereof.
edit on 5-3-2018 by Spider879 because: (no reason given)

originally posted by: bigfatfurrytexan
We have not had populations isolated long enough (which survived) to allow any one group of humans to become different from any other group beyond the cosmetic responses to climate, like skin color.

I only saw this recently however thought you might find it interesting.
www.livescience.com...

They are basically saying that agriculture changed skin colour and not climate.

We are being played by the men behind the curtain:

The "teachings" have been ongoing for decades, disseminated through media and academia. Discussion were better focused on the social engineers, the men behind the curtain rather than these specific incidents. To discuss cause, not effect. ~ Skyfloating

"In fact, 'race' is an old term and concept that modern genetic science has shown to be meaningless, but has been satanically exploited to justify all sorts of racial hatred, arrogance, tyranny, and discrimination." ~ Nabil Haroun

"Race is a real cultural, political and economic concept in society, but it is not a biological concept, and that unfortunately is what many people wrongfully consider to be the essence of race in humans -- genetic differences," ~ Alan R. Templeton, Ph.D 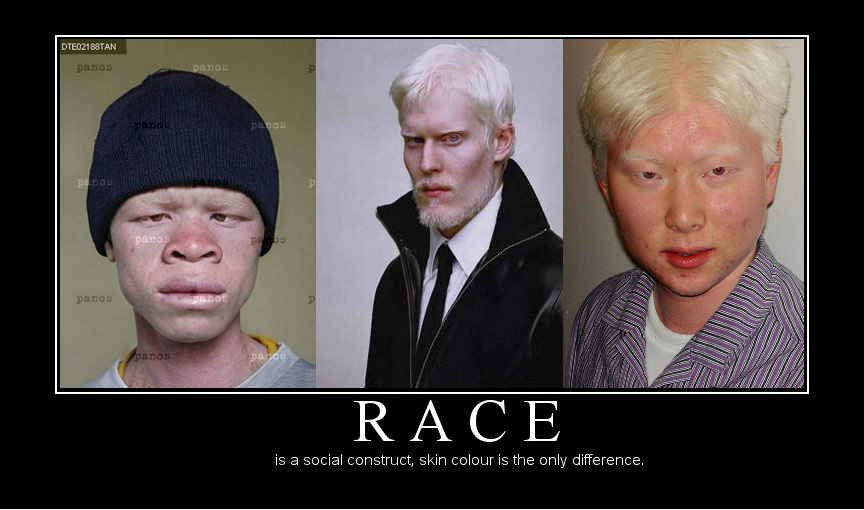 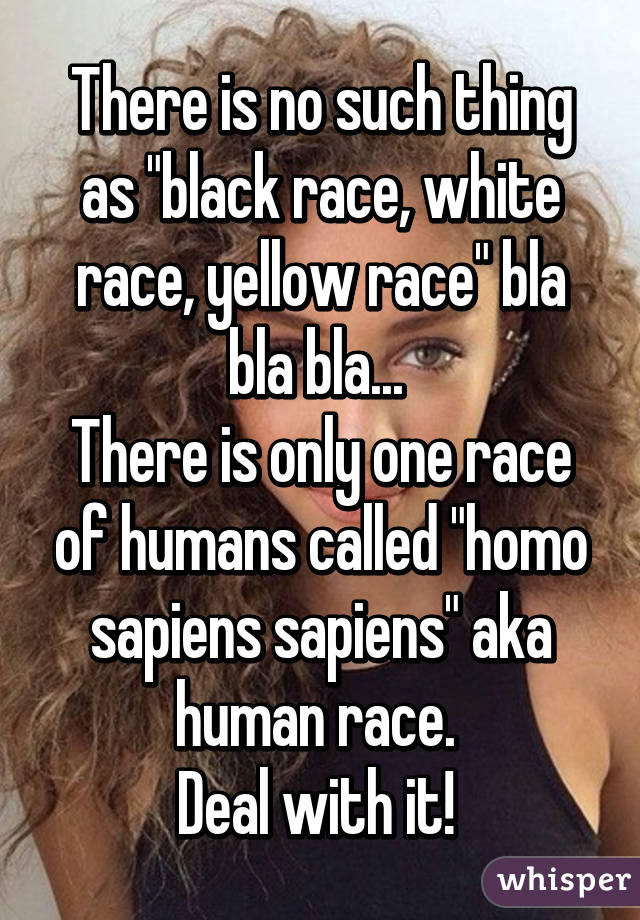 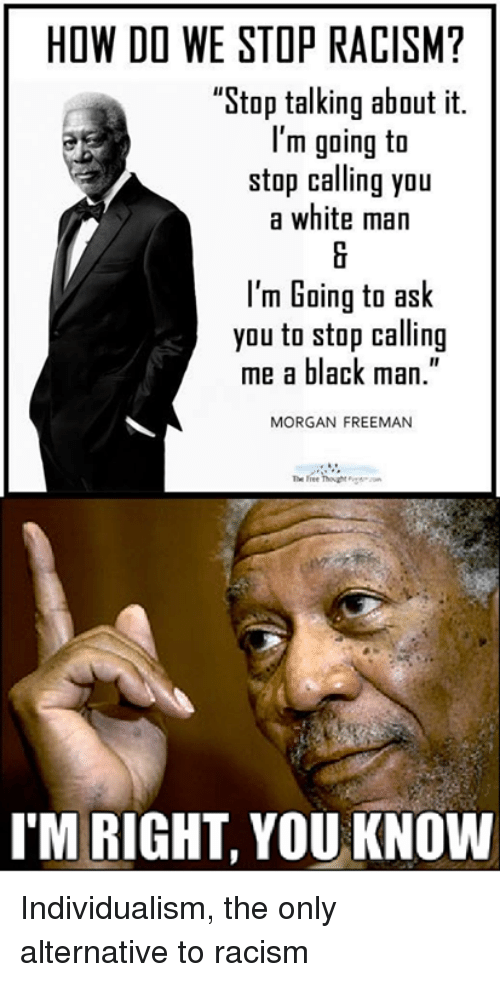 
One single trait among SOME of the population you would call asian. Not much to classify from. And the person has to be dead for you to see it (or an xray, in modern times).

Aren't genetic differences such as lactose intolerance an example that goes beyond cosmetic?

Lactose intolerance is not a racial characteristic. All races have this within their populations. Its a human characteristic then.

How does skin colour change if not through genetics.

There are southeast asians that are darker than africans. There are black people with skin that would typically be considered asian. There are redheaded indians. Which racial characteristic is unique to which race? If you have none....then you are supporting a fallacy.

Sherpas are now thrown in as a race? Yes...they possess genetic differences that allow breathing in rarified air. Do all asians or indians? Or only Sherpas?

Unless sherpas are a race now...i dont see why this is relevant to your argument

Yeah, but you do realise that were are not a homologous species right? We all evolved differently. Yet we have, over the course of history, intermingled. Some of us are even part Neanderthal.

You can't say we're all the exact same, because differences are found in all regions of humanity. We ARE a diverse set of one species that has evolved in different environments and adapted to those environments over the course of countless millennia.

We probably all have relations, genetically, to one common ancestor in Africa. But if you deny that we evolved in different environments, and thus, have separate genetic variations, then you're simply ignoring reality.

Why do I even have to state this fact....

OK there are clear differences in lactose intolerance based on ethnicity.
Is it surprising that Asians who do not drink milk as much as a European don't process it as well?

Regarding skin colour why does one characteristic have to be unique?
In evolution there can be many paths to the same trait.

So you deny that humans have any differences that go beyond the cosmetic and don't see how a Sherpa's genetic differences that allow breathing in rarified air is relevant? Seems a little disingenuous to me.

Sherpas are a small group living in a highly specialized environment. If they are the only race you have...then fine. You have humans and sherpas. That will be impossible to defend...but go for it.

SOME asians being lactose intolerant is not unique. Other cultures without domesticated bovine were the same. But its not unique to any supposed race and thus isnt a racial trait. Why do you not understand this?

Any trait you can find can be found elsewhere. Fwiw...the same genetics that makes sherpas breathe rarified air is also found in Africa. It makes one a good long distance runner.

If this is true then it renders efforts to class by race both absurd and fruitless.

That isn't evolution. It is adaption. If it were true evolution, there would be pockets of humans who cannot interbreed with one another or if they do interbreed, they would be producing mule-like offspring who are infertile.

What happens is you get a population of humans in an area that is isolated enough that those best suited to survive it breed best and pass on those traits that allowed them to survive. However, it has never happened long enough to create a truly new species of human.

Instead you get groups like the Sherpas whose bodies are better adapted to high altitude because those are the traits most passed on over time. However, you could go marry a Sherpa woman or man and have perfectly wonderful, healthy, happy, viable children. Ergo, Sherpas are not a separate species.

But its not unique to any supposed race and thus isnt a racial trait. Why do you not understand this?

OK, I think I'm starting to understand where you are coming from.
Are you saying that a race can only exist if they have something unique to their group?

Nepalese may have better breathing in high altitudes but that cannot be a racial difference as Ethiopians have a similar skillset which evolved independently.

Only if it was a unique trait that was not possible elsewhere.

Eta...for context, there once were other human races. They are all extinct. Neandertal and denisovan were 2 primary examples.
edit on 3/5/2018 by bigfatfurrytexan because: (no reason given)