To Dreads or not to Dreads

Keep them. They're a part of you at this point.

When you're truly ready to get rid of them, it won't be a question.

posted on Mar, 4 2018 @ 12:38 PM
link
A change up once in a while is a good thing. It's also been interesting, to me, to see the different types of ladies that respond to a new look one way or the other.

A somewhat harder decision for you because you have a lot of time and work invested in dreads like that but still and all you'll at the very least feel lighter.

posted on Mar, 4 2018 @ 12:39 PM
link
Why are you asking this question Skunkape ? Did something happen or someone say something ?
I would say if your considering doing it, just do it . You’ll feel cleaner, as well as lighter. Change is good.

originally posted by: skunkape23
No lizard or rat mohawks.
Mohawks are for dicks.
All or nothing.
Aslan and Sampson, or Lex Luthor.


Only a sith deals in absolutes! 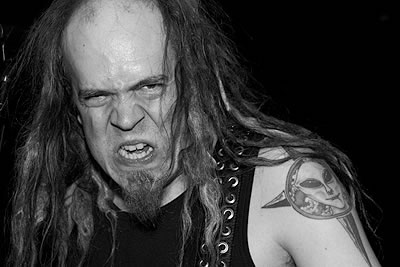 Like diving in a cool swimming pool in mid august.

Do it dude, your positive changes in responses from society will make it worth it.

People are judgemental with haircuts.

They won't think your shoplifting in their stores even if you clear 6 figs.

Do some before and after ATS makeover pics for everyone.

You will be famous.

originally posted by: skunkape23
They stay.

Well that was a short dread...sorry thread!
I guess if everyone had said keep 'em ...you'd have chopped them

But maybe turn them in to a skullet in the future?

It's all beginning to make sense now!


Are you ever in a good mood?

HAHAHAAAA! That pic is also a sneak peak to my next thread.

posted on Mar, 4 2018 @ 02:41 PM
link
I can just share my own story. I had long hair down to my waist for years. As a guy I was "making a statement" about my supposed non-conformance. Then for a variety of reasons I cut my hair. I can only say that it gave me back my freedom in so many ways. No muss, no fuss for starters, and that made my life so much easier. A silly example: I could ride in a convertible without issue. And how ever much you want to resist the idea, it gave me social freedom as well, including access to people who could be beneficial to my causes who otherwise would have not been available. I made the same mistake regarding attire. I always had the notion that suits were for conformists and I hated the idea. I would make disparaging remarks about those who wore them and resisted when in one job it was more or less required. I wouldn't do it (and the job did not last long either.) It was only much later I realized the truth. Suits make you equal. You can't tell social background. That's why people worldwide, Putin, Edrogan, Obama, Xi Jinping--completely different cultures--wear the same thing. It may not work for you, but it was a good decision for me.

posted on Mar, 4 2018 @ 02:44 PM
link
Like others here, I will say that some dreads look good and others do not. Whether I would advise you to cut yours off really depends on which ones yours are.


It's all beginning to make sense now!