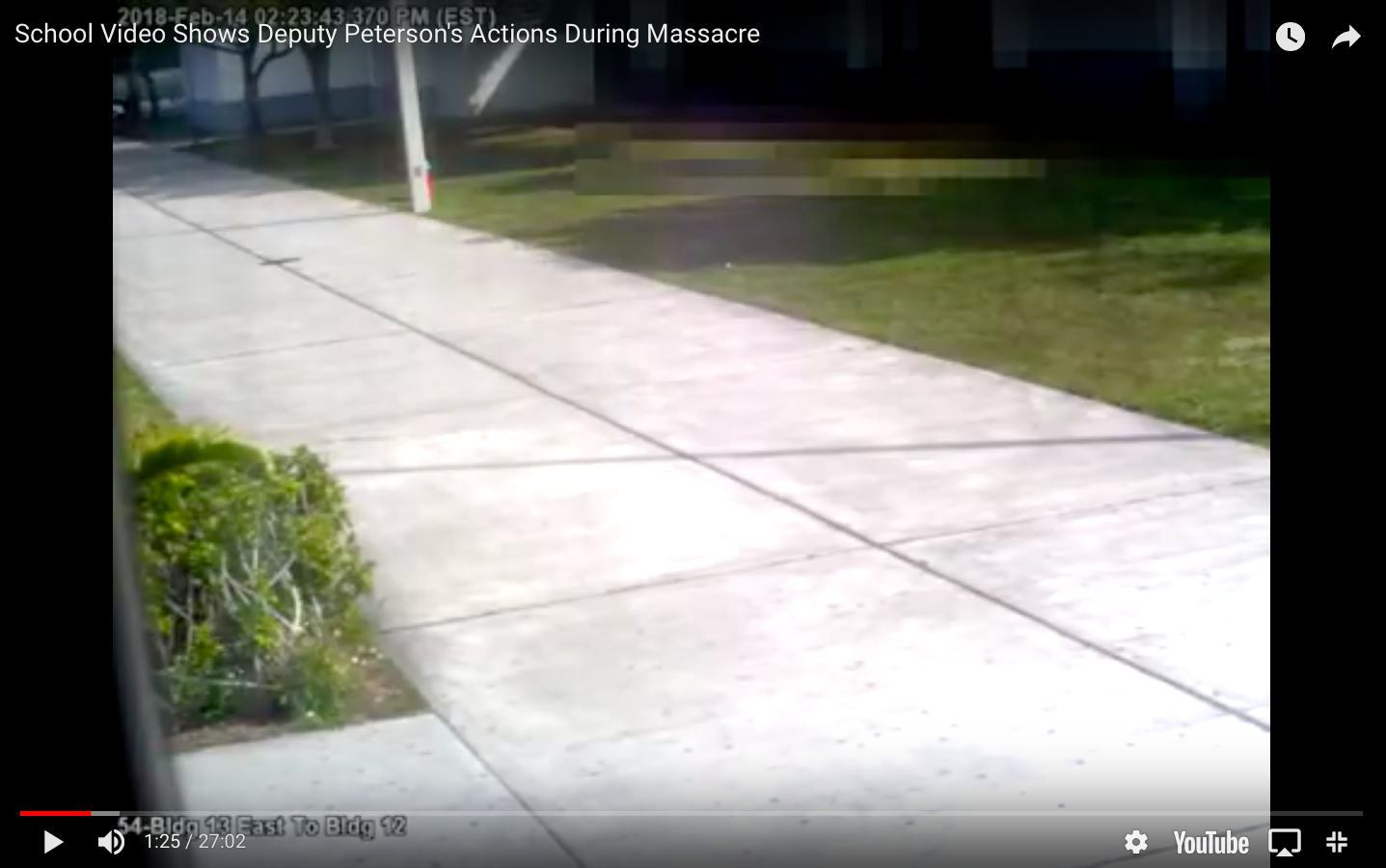 I wonder why that section over the grass is left pixellated so long.

Agree with ATA, though -- the video is pretty much useless.


Officials were so concerned about the mental stability of the student accused of last month's Florida school massacre that they decided he should be forcibly committed.

But the recommendation was never acted upon.


But more than a year earlier, documents in the criminal case against Nikolas Cruz and obtained by The Associated Press show school officials and a sheriff's deputy recommended in September 2016 that Cruz be involuntarily committed for a mental evaluation.


The documents show a high school resource officer who was also a sheriff's deputy and two school counselors recommended in September 2016 that Cruz be committed for mental evaluation under Florida's Baker Act.


Coincidentally,the school resource officer who recommended that Cruz be "Baker Acted" was Scot Peterson — the same Broward Sheriff's Office deputy who resigned amid accusations he failed to respond to the shooting by staying outside the building where the killings occurred.

Funny that Sheriff Israel never mention this about Deputy Peterson, eh?
Methinks Peterson has plenty more he could tell us about Cruz, and even more important, how the BCSO and school administrators handled not just Cruz's clear mental/emotional issues, but many many students...

Deputy Peterson has taken issue with how matters were handled before this as well. I think this is more relevant than ever:


In 2015, [Peterson] sent an email to school board members that called out the leadership of now-former Broward District School Police Chief Anthony Williams, who oversaw the Resident on Campus Security Program. The BCSD questioned Peterson’s discretion in sending the email and ultimately recommended he undergo counseling.


5 things to know about Fla. SRO Scot Peterson
I'm increasingly convinced that Peterson has been thrown under the bus because he knows too much. The question is just how much he knows and about what.

There is Parkland shooting video of police responses, that officials are fighting to keep hidden, for some reason.


The public should not see security camera footage that may shed light on what law enforcement officers did during the deadly Parkland school shooting, attorneys for the Broward County School Board and Broward State Attorney's Office argued in state court Tuesday.

Releasing the footage could jeopardize the "integrity" of the video surveillance system at Marjory Stoneman Douglas High School, putting students at risk, a school board attorney told a three-judge panel at the Fourth District Court of Appeal in West Palm Beach. A lawyer representing the Broward state attorney said the footage constituted "criminal investigative information" that should not be disclosed under Florida's broad public records law.