originally posted by: introvert
a reply to: djz3ro 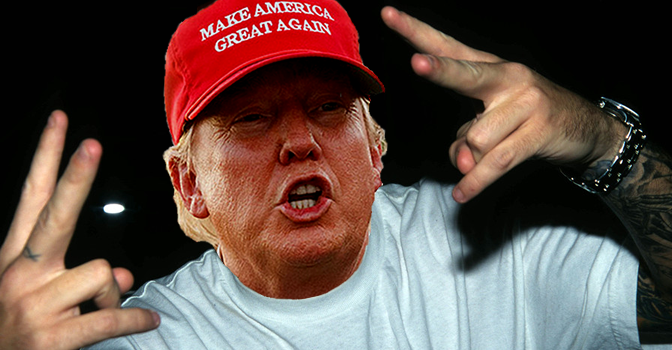 lmao, you're either quick or this has been on other peoples minds... both scenarios are scary !!

People have already been down this road.

Funny read, if you choose to.

originally posted by: Asktheanimals
Reporters are a dime a dozen.
Send them out to see where the shots are coming from and why.
It's their job after all.

why let them outta the basement?

seems like they could be of some value locked in the basement of america.

As far as Donny Moscow... Donald is a capitalist. That's the opposite of a socialist/ communist. Capitalists don't work with socialists.

That said........ Have we ever had a socialist president? That is who is likely to work with Russians. A socialist president with flexibility, after being elected for a second term.
So lets be honest here.
At the very least, To thine own self be true

originally posted by: introvert
a reply to: djz3ro

Yeah I'll stick to my slouchy beanie, thanks. (He is an ugly man ha ha. Mind you, Darth May is no oil painting ha ha)

Well at least the janitor will be getting overtime. do you know how hard it is to get blood out of that stonework? its a nightmare.

I am sure others will be crushed at this news.

Don't worry, it will be some crazy liberal doing his bit to further the gun control agenda, or something.

LOL! Just another day in the US of A . Hey that rhymes

originally posted by: djz3ro
So it seems the fella fired off a few and died of a self-Inflicted headshot.

ETA I wonder if this will be mental health related....

originally posted by: antar
a reply to: buddha

Death by a thousand cuts...

damn, even the best laid plans of mice...

originally posted by: buddha
BBC say "Washington DC police said on Twitter that
their "natural death squad" was on the scene."


I doubt DC has anything called a "natural death squad.

Mostly because no police force would be stupid enough to put the words "death" and "squad" next to each other, seeing as it invokes images of General Pinochet's helicopter friends and their like.

I'm pretty sure the latter was the BBCs intention as well.

Anyway, sad someone shot themselves.

I wonder if they were just ill as is typical in these cases, or they were trying to send s political message.

I must say I assume the latter given the choice of location..,

The man who suicided has been id'd.