A 16-year-old boy was arrested following an apparent joke made in poor taste about carrying out a school shooting, and has been banned from playing violent video games.

GamesIndustry.biz reports that the teenager posted a video of himself playing a violent video game on SnapChat with the caption, "Y’all need to shut up about school shootings or I’ll do one."

The young man was supposedly "annoyed" by social media conversations that took place in the wake of threats to his own school, Roselle's Lake Park High School, that resulted in the school closing its two campuses as a safety precaution. The social media threat was later deemed not to be credible.

We've apparently traveled back in time to the late 90s where all problems could be explained away by video games.

Clearly the problem is video games.

Of course this judge didn't specify what constitutes a violent video game. There are plenty of E rated games with a Fantasy Violence classification. Should we stop our children from playing these games?

What about hunting games? They're pretty much all rated T for Violence. But if those games aren't appropriate for children then the actual act of hunting shouldn't be as well.

Then what about the M rated games that have no violence? Are we to assume that those are less damaging to a child than a game like Rayman?

People on this site constantly complain about judges that use the bench to push their own political agenda. Well that's exactly what this is. It's no coincidence that this decision comes right on the heels of Trump trying to blame video games for what happened in Florida.

This is no different than the Dems scapegoat of "Guns are Bad!" to explain school shootings. If anything it comes across as more idiotic. "Guns don't kill people, virtual guns kill people." 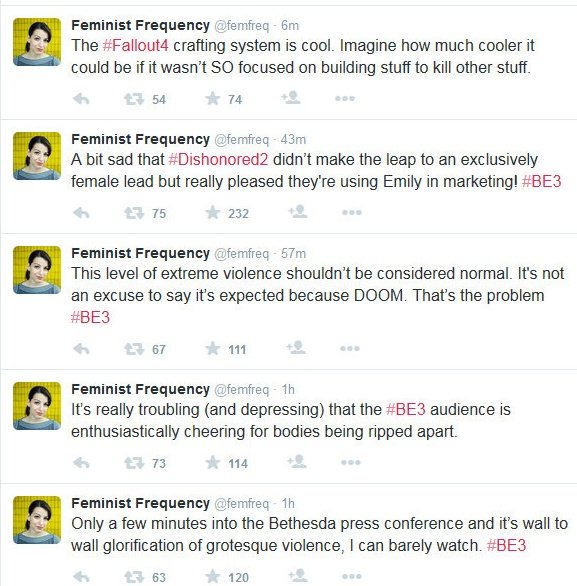 originally posted by: SaturnFX
Yeah, No clue how we ended up reverting back to already widely debunked ideas on gaming and such outlets....

Anita Sarkeesian (sp?) is not taken seriously in the gaming community.

To paraphrase a meme 'I play sports games so does that make me an MVP in real life?'

I was playing Warcraft earlier but have you heard of breaking news of a man claiming to be a level 12 paladin decapitating civilians claiming they are members of the undead horde?

Look, the KID was playing a game developed for M Mature. Video games are very realistic now. This kid something on Social Media playing a video game, not intended for his age group, in which he shoots and kills people, over and over. He then basically says he is sick of hearing about it and posts he could do it.


You comparing COD, Hitman, GTA, to Rayman, is crazy. I agree this kid should not play M rated games till he is older. A rule his parents should have already had in place. If you were a gamer (I am and also 46) and seen some of the things I have in video games, maybe you would feel differently.

I do kind of agree with her comment on Dishonored 2. It wasn't a bad game by any means but I think a wholly Emily-centric plot would have been stronger. Having her rescuing Corvo would have been a nice juxtaposition on the original.

Age 30 now. Had some form of system in my house since I was born. I remember playing Doom when it was shareware. Pretty much anything in gaming I've been there done that. And nothing I've played has ever driven me to violence. Nothing I've played has made me question the morality of killing another person.

This is merely a ridiculous scapegoat for the Right so they don't have to address a much more complex endemic problem. Much like the Left lays all blame at the feet of guns.

Sounds like someone who hates their job. Maybe she would feel better about the world collecting butterflies or raising children.

Bad music on the radio

kids wearing charm bracelets and the california roll on their jeans

i swear i've seen stonewash, too

There is a Christian revival underway across Americas heartland, with Satanists getting to play the bad guy once again

Ozzy is back in court for his song suicide solution. Ok, that last one isn't exactly true. But it looks like we are back to that kind of thinking again.

ETA: I think people are PINING for it, actually.

Cold War with Russia heating up, and people actually wanted to compare Trump to Reagan (2 turds of a different color, IMO). I think my half sarcastic joke may just be true.
edit on 3/2/2018 by bigfatfurrytexan because: (no reason given)

...and getting ID'd when buying music. 'cause, y'know, bad words.

Here I thought we were past all that...seems not. Guns. Music. Games. ...and the beat goes on.

posted on Mar, 2 2018 @ 02:05 PM
link
When I was a kid we would run for hours around the neighborhood with sticks playing Army -- "shooting" at each other and falling dead. These days that will buy you counseling and a prescription for Cyclobenzaprine.

Jesus she is still being an idiot.

posted on Mar, 2 2018 @ 02:20 PM
link
Oh give me a break, it's about as legit as saying Super Mario World having the player stomping on turtles is the reason a sick idiot kills a puppy. Sick does what sick does already, games don't make them that warped.

FYI, I let my 10 year old play my Warframe character now and then, and she loves catching the Prime Time & Dev streams. She's not going full melee or anything else on anyone but the Grineer, Corpus or Infested.
edit on 3/2/2018 by Nyiah because: (no reason given)

Looking at the games mentioned, that was probably E3 2015.

Who is this person y'all seem so down on?

I'm totally out at sea about the whole gaming thing. My last console was a sega.
edit on 3/2/2018 by seagull because: (no reason given)


Exactly, the arts hold a mirror up to society.