originally posted by: dashen
You ......arrrggg.....
An 18 year old can join the Army and rain down Hellfire missiles from an Apache helicopter on to brown-skinned minorities in some far-flung country but a 21 year old can't own a semi-automatic rifle. if you don't like the laws in America then by all means move to Australia or England or any other crap country you like. We'll hold down the fort here dodging bullets like the wild west thank you very much 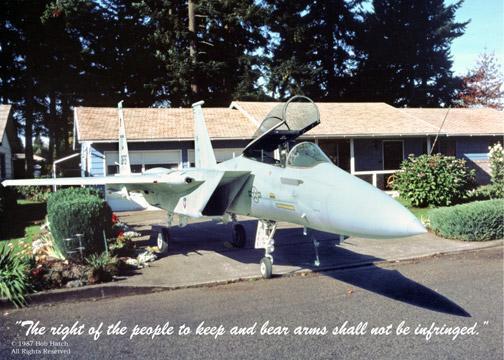 Hey I'm curious, have you traveled to either of those crap countries? I'm betting no.
edit on 1-3-2018 by hopenotfeariswhatweneed because: (no reason given)

People that aren't rich can't afford to be cheap. When your cheap, you buy the same product over and over 5 times in a row because it breaks.

Don't support the downfall of all our jobs, and the quality of life for everyone.

Leaving you barrel metallurgy to Chinamart?

These parasites that sell out to the lowest bidder have been an absolute headache in the building supplies industry too, all their crap is sub par, my house almost burned down from a cheap electrical connection used in my bathroom fan.

Everything is turning to garbage at these corporate box stores, while they pay shareholders and themselves, while our quality of life suffers.

I hope they all go out of business.


edit on 3 by Mandroid7 because: sp

originally posted by: HiMyNameIsCal
You know, as a gun toting Canadian I find it sad that guns are at the center if this issue. I also find it ridiculous that people think buying an AR-15ish at walmart is ok. Don't people just have gunfights in the parking lot? In Vancouver they would, and in London. But they don't, at least not outside of the the US. Believe me! I am perfectly capable of defending my property without the need of a shiny glock or dusty AK. But if I wanted to have one, I could! I would just have to prove to my peers that I was a responsible adult first. The fact that some of my fellow gun owners feel that there special cousin Festus who can't see straight should have a freekin assault rifle makes me.. almost laugh.

I read your opinion.


Well, at least you gave an honest rebuttal. Comprised of... nothing.

Good move. You're better than that.

posted on Mar, 1 2018 @ 11:08 PM
link
Stores can raise age limits on sale of guns. I do not see that as a problem. It doesn't need to be our government that does this. We are the people, we can do that kind of stuff, we do not need the government making regulations to implement a practice. Your local community can do that too, if it becomes normal practice, that is all right. This practice does not interfere with our right to bear arms. As long as our government doesn't try to make a law or reward the companies doing it, bribing them, then it does not interfere with our rights to bear arms.

posted on Mar, 1 2018 @ 11:44 PM
link
Back when I was 21, I was shopping at Walmart with a friend. At the register, one of my items was a case of beer and the cashier asked for both of our ID's. My friend was 20 so the lady wouldn't sell me the beer. I told her that the beer was for me and it really was but she refused to sell it to me. I said to her "you know I'm just going to go to the gas station down the street and buy it?" She kind of looked at me thinking yeah good point but she said she couldn't do it. I kind of felt like a dick after because she was just doing her job following orders. Then I went down the street to the gas station and bought beer.

originally posted by: CB328
Hopefully state governments will follow business' lead on this (and only this issue) and large parts of the country will not make it easy for teens to buy guns.

You support this because you think it's about guns. You've allowed yourself to manipulated through fear and sympathy so that you want someone, anyone, to do something, anything, so that you won't be afraid or have to feel sorry for other people over something that wasn't your fault. Even if what they do doesn't work, or can't work, or isn't even designed to work against what you fear. As long as somebody is doing something so you can feel safer. Even if you know deep inside that feeling is an illusion.

Bit by bit, every right that we had has been chipped away and the unwritten phrase "if the government allows" has been appended.

Maybe you think, "Well, if it saves just one life, take away those rights." You want to know one thing we share with the Founding Fathers? We can't give anyone eternal life. Everyone that has ever died from a gun would have died from something else eventually. Car accident, disease, old age, everyone dies eventually. We can't pass on life to current or future generations. What we can try to pass on are the rights and freedoms we enjoyed. We can try to pass on the choice. Any right we give up now, we don't just give it up for ourselves. We give it up for every generation that comes after us. It should be very clear that this government does not give rights back once they have taken them.

This doesn't end with "this issue and this issue only." This ends with the government saying, "You are the property of the US Government, Inc. You don't have rights, you only have the privileges we give you, which can be taken away at any time for any reason. You belong to the US: property, body, mind, and soul."

posted on Mar, 2 2018 @ 02:16 AM
link
a reply to: Mandroid7
I wish Walmart would go out of business. They started the cheapness, others had to follow suit to stay afloat. I don’t even trust buying Xmas lights anymore because they all come from low standard China and there’s tons of recalls on them every year starting fires. I’ve started searching recalls now. Installed a recall app.

Nothing lasts as long as it used to.

The thing is that you guys are not buying Chinese guns...

Don't blame it on someone else (pesky Chinese or Russians)...

Look in the mirror old chap.


You know what would save more lives? Raising driving age from 16 to 18...

originally posted by: JinMI
a reply to: CB328


They are a company, they have the right to do as they desire..

So it's not denying rights, is it... *cough cough google*

But they are not a government agency. they are a sole company.

Why are you crying?

originally posted by: Lumenari
You call this move common sense when any minor with cash can buy whatever weapon they want to do whatever they want, or just steal them from a family member and go.

Which brings me to what the government has really failed us all on... public schools the Department of Education in the first place.

That this should even be a conversation just shows how far we as a country has fallen.

So celebrate that, I guess.


So you are fightingly against google and youtube censoring people, as well?

If so, then we agree.

If not, reap what you sew.

You were adamant that youtube has every right to deny free speech. Why does walmart not have the right to deny someone under a certain age the ability to buy weapons?


Wait what ,are you implying the people should be dictating to private business how it should operate?