Is it just me, or are everyone of your links broken?

Anyway... I think that incident in Australia you attempted to link a news article about in your OP, was about a 17 year old kid who got stitched up with terrorism charges for posting some nonsense about killing police on social media...

Kind of rough for the cops to charge him with 'terrorism'... Don't get me wrong, the kids an idiot and their probably should have been some repercussions for being so stupid... But charging him for 'terrorism' seems like an extreme over reaction to me.

More to the point though, it was simply a very immature social media post, by an idiot teenager... No weapons were involved, so I fail to see how it has any relevance to your own OP... Which is odd, since I could do a 'google news' search right now and probably come up with multiple Australian news stories that were actually relevant to the point your attempting to make.


originally posted by: NerdGoddess
Its horrifying! Our son is 3 and I noticed in his 3rd week of preschool, he came home with a block in his bookbag. It was one from our house. My mom said only me and my dad would spin something so innocent. My issue was, and I explained this to his father who drops him off in the mornings before work that: This is cute now, yeah, a block? But what if next time it's not just a block, what if next time he grabs a knife, or a pack of cigarettes, or whatever he might find in our home that could be harmful to him or others and takes that to school?

So after that day the new rule in our house is the book-bag is checked once out the front door to make sure there are no extras tagging along with him to class. I would be mortified if I ever got that phone call. 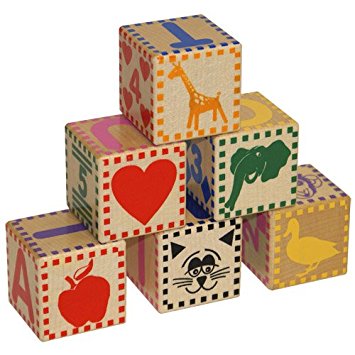 ....
Terrifying. Next he will be smuggling in a slinky

It was a block that was pretty similar to that but with mickey mouse icons on it. It was very sweet I assume he wanted to share his toys with his new classmates he really seems to love them. Makes me happy that hes so kind.

But with the way schools are, and all the rules, I just don't want to take any chances or give him a reason to get in trouble.

posted on Mar, 1 2018 @ 04:34 PM
link
I read a comment on another forum about this, and thought it might be more important to dive into the point raised:

This is the problem with the gun debate, it isn't the NRA, gun nuts, anti-constitutionals, or so-called "snowflakes". It's the political bias that we've all built around it, and it's no different than any other issue. We've become a society that is anti-social for the most part.

This may have more to do with it than we might want to agree with. It would seem that the more people (kids especially) that by looking at everyone through the screen, and not in person, have we created a generation of desensitized individuals? Humans be default don't hurt other humans, but if you remove what being human is then hurting/killing/abusing is much easier to stomach. Look at how certain cults devalue human life before getting their members to kill other people. Now look at how most people only see others through the point of a screen.

Just something I read that made me think about why this type of event has become common place is the ways that we view the world. Yet in the grand schemes of things are not as common as they should be if the advertised factors were to be believed.

Agreed. It's always the video games or the rock music. My son is 18 years old and he can not remember a time when we were at war. Our media all operate on the theory that, "if it bleeds, it leads." But it's gotta be the rap music.

posted on Mar, 1 2018 @ 06:45 PM
link
My thinking on this, is the kids see all these incidents and shootings happening in the news and take these objects in as a form of 'protection'. Maybe, because they are so young, they dream/fantasize about saving their fellow pupils and being seen as a hero.

Of course a child that young wouldn't know how to use their chosen weapon properly, and wont understand (until they are caught with the object) the consequences of having a weapon on them.

As for the hand grenade, it wasn't a fake if it was a real grenade but was defused. Not really an ideal object to take to school, you cant blame the teachers for being cautious, what if it actually was a live one?

posted on Mar, 1 2018 @ 06:54 PM
link
I am not a big city boy. I grew up in a flyover state, and I carried a pocket knife All throughout school. I didn't cut anyone or feel the need to threaten any. By the time I was in high school I had a Marlin lever action hanging in the gun rack in my dads pickup that I drove to school.

No one I went to school with was a killer, we all had fights on accession. Nothing serious, we took our licks from the principal and hoped no one told our parents.

My wife and I raised our son under the same rules and similar environment. He's 40 now and the Vice President of a corporation. I have run a construction company for over 35 years. We grew up shooting, hunting, and fishing and I have no problem with guns.

I do however, have a problem with self absorbed parents, who let babysitters and the TV set raise their children into little assholes with no moral compass. The parents should have at least 30 hours a week to spend raising the kids, teaching them to be productive citizens. That in the problem, IMHO.


I do however, have a problem with self absorbed parents, who let babysitters and the TV set raise their children into little assholes with no moral compass. The parents should have at least 30 hours a week to spend raising the kids, teaching them to be productive citizens. That in the problem, IMHO.