Youtube claims shutting down conservative channels was an accident

YouTube blamed the blunder on the inexperience of its newly hired force of moderators.

“This is speech discrimination plain and simple: censorship based entirely on the perceived identity and political viewpoint of the speaker not on the content of the speech,”
Source


Yeah, BS.
Top media platforms, such as Youtube, Twitter, Facebook, and Google have all been working to silence conservative views, posts, and videos. The executive chairman of Alphabet/Google, Eric Schmidt, has personal ties to the Clintons and helped the Clinton campaign. This is a very serious issue, because these platforms make up the overwhelming majority of where people get their information. If you tell someone to search for something on the internet, 99% of the time they'll go straight to Google. If you tell someone to look up a video of something, 99% of the time they'll go straight to Youtube. Social media? Facebook or Twitter. When you control those platforms and control the content that people can see on them, then you have the power to lie to and manipulate an entire nation.

I've personally encountered the insidious nature of this manipulation myself, which I've mentioned a few times here. Remember when that Charlottesville protest happened, and the MSM kept desperately pushing the "Trump refuses to condemn racism!" lie? After the Charlottesville protest, Trump spoke publicly and rather passionately about how racism is evil and has no place is America. He stood there and directly and plainly condemned racism, yet the MSM kept pushing the lie, and the public bought it hook, line and sinker. One day I saw someone promoting that idea, that Trump has never condemned it and was instead just turning a blind eye to it... So I went to Google to find his speech. "Trump condemns Charlottesville racism". Every single Google result, every one, showed results like "Trump is racist", "Trump's presidency is failing", "Trump's team is leaving because of his racism". I went to a different search engine that was specifically made NOT to manipulate your search results, and every search result was exactly what I searched for... Trump's speech where he condemned the racism.

When it comes to Youtube, I mostly watch car reviews, videos about various towns or cities, or look for new music I haven't heard yet. Youtube, however, has sections where they recommend videos for you based on what you like or may want to see. One day I went to Youtube for the usual stuff, and my recommended videos were full of content promoting gay pride and transgenderism, neither of which I have any interest in whatsoever. These videos, obviously pushed as some kind of agenda, can reach and influence millions of people in a single day. Youtube in this way is capable of influencing public opinion.

When you realize that the vast majority of people take what they see on Google and other such sites as truth without considering that what they're seeing is not a reflection of reality, but rather carefully-tailored politically-motivated content, you can see how dangerous this is. Google's practice alone of manipulating search results to hide anything pro-Trump way back on page 40 while pushing anti-Trump BS stories to page 1 has itself caused conflict, with people hating the president, protesting and even rioting because of lies. Even George Soros, the mastermind behind flooding Europe with migrants and spending hundreds of millions of dollars to convince governments to take them, has recently come out against social media:


The billionaire investor and philanthropist George Soros has launched a blistering and multipronged attack on Facebook and Google, arguing the tech giants' size and "monopolistic" behavior had made them a "menace" to society, damaged democracy, and encouraged "addiction"

"social-media companies influence how people think and behave without them even being aware of it," adding that they have "far-reaching adverse consequences on the functioning of democracy, particularly on the integrity of elections."
Source

Well, I have to say I agree with Mr. Soros on this one thing. Social media has become the bane of modern civilization. I think the potential for nationwide thought-shaping and manipulation is something that needs very specific laws to counter, especially in the day and age where a single tweet can ignite a riot or crash a company's stocks.

posted on Mar, 1 2018 @ 10:13 AM
link
Well duh, this has been going on for years. Alex Jones got 2 strikes on his channel in the past 2 weeks because Boss Hogg or whoever is running his social media account talked smack about infowars and AJ invited him on a show for a debate. 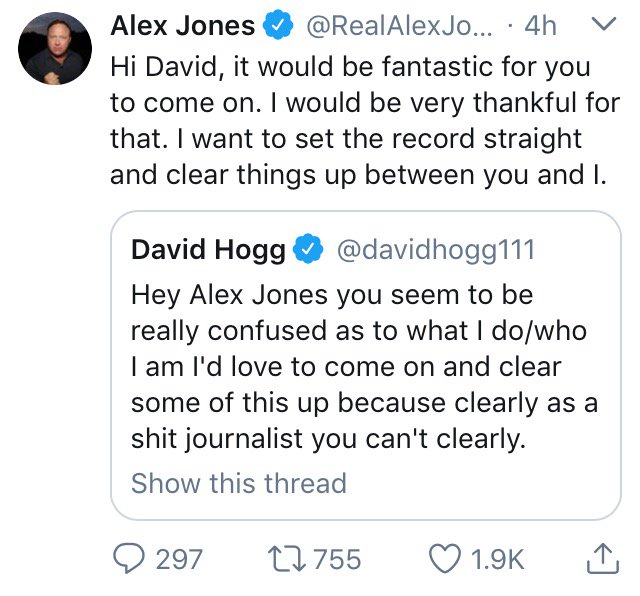 Their politics are widely displayed.

Funny because of the hedious monsters you turn into lol.

Told ya you can't just ban the Meme God.

posted on Mar, 1 2018 @ 10:37 AM
link
So are they apologizing that they got new idiots that tried to shut down a political side, or that they are new enough to get caught.

My feelings about conservative ideology aside, They have every right to speak and share views. echo chambers suck regardless of what your outlook is. If they decide to ban conservatism, well, I believe the concept of monopoly breakups through antitrust is a progressive thing...might need the government to intervene and break up these giants. That should align with their political ideology enough. Censor that you schmucks

aww seems he backed out

posted on Mar, 1 2018 @ 10:56 AM
link
No,it’s just a link to Russia times. Seems our long time enemy has a foundness for those that are easily manipulated. a reply to: SaturnFX

originally posted by: soundguy
No,it’s just a link to Russia times. Seems our long time enemy has a foundness for those that are easily manipulated. a reply to: SaturnFX

Problem with dismissing things simply because it sounds bad is that it may make you ignorant when things actually are bad.
Seems this has legs. You should consider it. Funnily enough, I barely found any relevant links on google (go figure) but other search engines like duckduckgo had plenty of links from a wide variety of sources. Anyhow, here you go. Seems censorship is real bro.


My views are my own. sorry if that offends you that I might hold views that are not in line with yours. 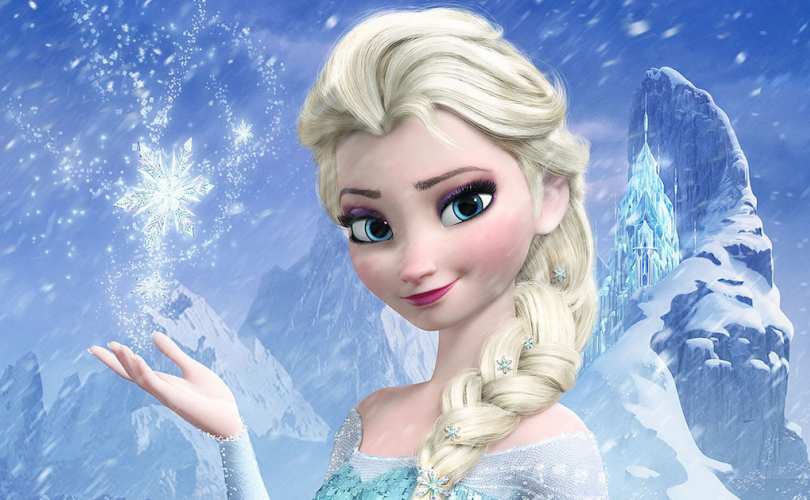 posted on Mar, 1 2018 @ 11:27 AM
link
Add snapchat to that list. Not that they shut down conservatives on there but they had a new update where you have to look at a feed of suggestions that are mixed in with your friends. Before, there was just a list of you friends laid out nicely but now you are forced to sift though a load of bs and liberal propaganda to find you friends story. There is a bunch of anti gun stuff from the New York Times and s like that. Nobody likes the new update. The only reason they updated it was probably to push propaganda like on all other social media.

posted on Mar, 1 2018 @ 11:33 AM
link
What I do know from firsthand following is that Sargon got his google+ account suspended, which in turn detatches him from youtube. Bunty got a strike from something god knows how long ago. Warshoski (however its spelled) got blasted from something in 2014 and his channel is now locked, etc...all this in the last couple days...and these people don't really put out hate stuff...partisan stuff sure. mocking sjws sure. but they aren't releasing hate/nazi/racist stuff.

So from an antedotal viewpoint, it does seem very suspicious that ideology is running the corporations vs any form of fairness

Does anyone think that just maybe that 'kid' is really 21 years old?
I am thinking that he is a tad older than 17.

That snapchat update is something else. There is a change.org petition to roll it back. 1.2 millions signatures and growing.

I'm okay with thinking it was done to appeal to older audiences, as they claim. I opened it up after hearing about this update, and being part of the older audience that rarely opens the app. I usually have a list of friends that like to keep a story going, but I couldn't find them. All I found was high production Kardashian stuff that made me want to burn my phone. ffs.

So if this was admittedly a "mistake" by YouTube, then are they going to reinstate all of these channels and videos that they shut down?

It's most likely very true it was all an accident. Because of YouTube's Adpocalypse and their new algorithm (along with their many new hires to police all content), lots of channels from all platforms were getting hit by YouTube. YT says themselves their new algorithm is very faulty but will improve over time. Why did they implement this very strict algorithm? Money. They were losing tons of it because advertisers were pulling out due to all the recent YouTube scandals dating back to last March.

So, it's not just conservatives, it's also liberals and every other channel that is monitzied that's been having to deal with YouTube's new rules and buggy programs.
edit on 1-3-2018 by Swills because: (no reason given)

Exactly...Youtube has a had a massive amount of issues lately on many content creators of all sizes and sides of the political spectrum. Some of the most popular Youtubers/vloggers have been having issue after issue for the last year or more. Things got way too complicated with the adpocalypse stuff and they went overboard...But theres only been one group I've heard claiming for months that its all a mass conspiracy against them.
edit on 1-3-2018 by trb71 because: (no reason given)