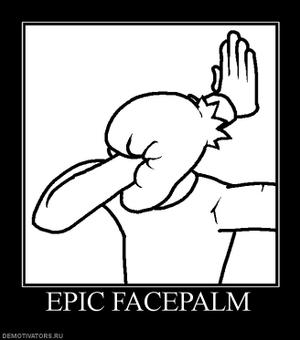 The quote is from Voltaire, and it's just one of very many very good quotes from him.

Well, I guess it’s been too long since I read Votaire, because I didn’t recognize that quote at first. I think that if I could invite three authors from the past to lunch, they’d be Twain, Orwell and Voltaire. Smart company, and though I might end up feeling a dullard by comparison, I’d be better for the experience, and royally entertained along the way.

roguetechie, you’re not wrong, but I’m more of an optimist than you are about this flatEarth thing. Mostly because I think it’s isolated within a slice of society that doesn’t really overlap with those people we depend upon to understand science and the natural world, and to make the trains run on time. The flatEarthers mill about the margins, and at the moment I see their movement as deserving my pity rather than my fear, because I don’t relish anyone’s ignorance (not that you do), and I assume most of them are nice, well-meaning folks. It must be a considerable burden to believe that centuries of human history have conspired to hide some great truth from you, and that nefarious forces in 2018 keep the cover-up going. I wish we could un-burden them.

Your age-of-enlightenment analogy is apt, because the flatEarthers are stuck in the kind of darkness that the age of enlightenment was born to illuminate. But so long as illumination has the upper hand—and it surely does--I think society will be alright.
edit on 9-4-2018 by Rollie83 because: .

Following your advice I have started to jump up and let the Earth rotate away under my feet with 1000 mph.
Magically I have not been hit by the next wall.

I will only answer to your reply if you quote this and write "something" in the next line. Otherwise I am sure you didn't read it or neglected/denied reading anything not fitting your theory.


I see you have a huge problem with science. First lets establish a couple of things one gravity exists and always ppints to the same place the center of the earth. This means that gravity causes the atmosphere and even oceans remove along with the earth. So a plane flying at an altitude is no different then a sub maintaining a certain depth. Subs rely on buoyancy to maintain depth the direction of the nose doesn't matter. Same with airplanes they create a low pressure area that creates lift the direction the nose points doesn't matter in the least. Go to an airshow and watch as a pilot flies level with his nose pointed up because the only factor maintain lift is air density. Same with our sub maintaining a certain depth water density is used.Gravity is spherical - if we pick a random point on the planet, the gravitational force should be the same as any other random point. And thats the key the atmospheres density is the same at any two points and that is what is being used to maintain flight.

Now the whole stupid idea that somehow planes have to constantly adjust to remain in flight. If there was no atmosphere you would be correct but since the atmosphere moves with the ground no adjustment is needed to maintain an altitude. A great example of this you can do in your own car while driving. Throw a ball up and catch it the ball doesn't suddenly shoot to the back of the car does it? Try this while driving and parked. Was there a difference from your frame of reference? In your world it should because you believe a plane can somehow exist outside its reference points and gravity and air density have no control of it. For the same reason our ball does not fly backwards in a car is the same reason our plane fly level maintain
altitude.

PS have you ever looked at any maps in airplanes and noticed the routes between cities do not form straight lines? If you look on a map you see they curve. Originally planes had to use landmarks to fly and on a map would look perfectly straight. But then planes started using radio beacons and the planes flight paths changed. Because what is a straight line on a globe is not on a map. For example on a globe draw a straight line between Seattle Washington and London. Looks straight on a globe but on a map it looks like it curves up to Greenland then back down again. On a flat earth not only would our plane have to travel further it would never fly over Greenland.
edit on 4/9/18 by dragonridr because: (no reason given)

Lol, what are you on about?

For me it would be Voltaire, Heinlein, and Russell S. Robinson. Robinson is technically an author sort of, but hey if I can pick any 3 I'm gonna cheat and ask to talk to Russ since they can't arrest you for divulging classified information if you're dead!

If this flat earth thing hadn't come along at the time it did, I'd be far less antsy about it. There's other things in conjunction with the flat earth movement which it's really a combination of that worry me, because frankly I see a few things all picking up steam simultaneously which could very easily tip us over the precipice.

I hope it doesn't happen, and I sure as hell am not one of the people who won't go down fighting if the slide really starts, but I still fear it because of how unlikely we as a species would be to survive a new dark age.

So you've actually encountered real people who believe the earth is flat? I still believe it's a made up internet joke and the people who post it online are just trolls.

originally posted by: turbonium1
One more thing - anger over an issue like this - which is 'Earth - round or flat' - makes no sense at all, to me, anyway.

A barrage of personal attacks, suggesting anyone is stupid, a moron, etc. to believe the Earth is flat, again, and again, as if everyone has the right, at any time, on any forum, at any event, in all of our schools, at any age....to insult, scorn, and mock, incessantly, anyone who dares to suggest that the shape of Earth...might not be round!


Anyone and everyone who believes the Earth is flat IS stupid, IS a moron and should go back to highschool and start learning science and physics all over again.

In something like the shape of the Earth, there is no "Let's keep an open mind" snowflake mentality.

To even try to argue such a moronic point in the 21st Century, with all the modern technology that encompasses our planet, is someone with a genuine mental retardation, of which you have my sympathies, or a troll.

Came here to say the same thing. I never, ever insult anyone on any thread because frankly it does nothing to further the argument but in the case of the most ignorant flat earthers it is sheer frustration when no detailed and provable evidence makes sense to them. They close their ears and eyes and say 'I don't believe in science' [yeah, we can tell] as if science is an entity and not a way of proving or disproving theories.

I really, really want to call them even worse than morons, they are actually dangerously stupid and will drag others with the same mindset down with them.
That's how the dark ages arrived, when the stupid and the uneducated were allowed to rule [in this case it was religion].

Just remember that NOTHING of value, no evidence or measurements or people who work in relevant fields will be contemplated by them unless it fits their narrative, that's why I gave up [I also used to be a scientist].

Yes, calling names in these cases is done from frustration only, not for lack of evidence; don't waste your breaths or typing on the totally ignorant. Next time a pro flat earth threat appears, just do not react at all, ignore it and let them stew in their own soup and just file it away.

Hecate666, at this point I’d be satisfied encountering just one flatEarther who employed deductive reasoning, and who displayed at least a basic comprehension of those scientific principles he/she argues against. But so far I’ve encountered only pseudoscience and naysaying, and they seem to take particular, rudimentary forms.

The pure contradiction: “No it isn’t!” (Alternate version: ”Yes it is!”)

The non-sequitur: ”Isaac Newton was a freemason!”

The un-toppable credibility: ”It doesn’t matter what you ‘scientists’ claim, because you’ve all been brainwashed. Besides, I’ve seen a video that proves my argument.”

The circular-reasoning waltz: ”All photographs of the globe from space are CGI…they have to be, because the Earth is flat.”

The I’ll-make-it-simple-for-you experiment: ”Pour water over a basketball and see if it sticks to a sphere.”

The conspiratorial tangents: ”The Earth is flat because the government lies to us, after all the Deep State killed Kennedy and suppresses free-energy truths, while controlling our minds with chemtrail-delivered drugs manufactured at extreme profit by the Illuminati…”

The elastic frame of reference: “The Earth can’t be round because then the Nile River would have to flow upward by hundreds of miles. Tasmanians would fall off the underside.”

Russell’s (cracked) teapot: “You’ve never personally been to the Sun? Then you can’t prove it isn’t just a big light.”

The pearls before swine: ”FlatEarthers are trying to bring you the truth…so why are you so defensive?”

The indictment: ”You’re part of the cover-up.” (I quite enjoy this accusation.)

posted on Apr, 11 2018 @ 02:11 AM
link
a reply to: dragonridr
Wrong again. The planes HAVE to make downward adjustments to maintain altitude

why do idiots obsess over " downward corrections " ????

an aircraft will NOT always go nose up

Lol idiots never read and undertand the op do they?

Well... When the OP is nonsensical, contradictory, and so open ended as to be pretty worthless... Yeah, people will "fail to understand"

That's your fault though.

I'm also very curious about how you can possibly think that you're right and every single other poster is wrong.

The op is in queens english

What is this "OP" I've seen mentioned, please?

Well that explains everything!

The Queen wouldn't exactly have any need to be able to communicate on a technical subject, which explains why she sucks so bad it!

Note to self: if you see an 80 year old woman wearing a crown and doing that stupid wave from the cockpit, ask the stewardess to bump you to the next flight... Crazy old Bat's gonna kill someone some day!
edit on 12-4-2018 by roguetechie because: (no reason given)


Which would require all planes to fly in a constant descent, since they would all have to dip their noses..