People are leaving the Trump White House in record numbers

Anyhow, Hope Hicks (there's gotta be a pun there) leaving
is just another rat leaving the sinking ship

The timing of it, just after giving testimony, doesn't raise anyone's eyebrows ?

That was the last straw. She's a woman. It's all about emotions.

Hope Hicks thrives on complements. The whole idea behind modeling is seeking compliments. Donald previously said how intelligent she was (which really meant he thought she was pretty), but, today he says the opposite, because he's annoyed, and it hurt.

She, by woman's intuition, knows when Donald says she's intelligent, he really means he thinks she is good looking, so doesn't really mind. But when Donald says she's stupid, it rings "true", because even her good looks doesn't matter anymore. Few women can stand for that. Especially, models. Don't be surprised if Hope Hicks now joins the #MeToo movement, with some revelations about The Donald, of her own. You just never tell a pretty girl she's stupid, unless you want to see a cat fight back with scratches.

unless you want to see a cat fight back with scratches.


I guess the upside for Hicks will be the interview circuit
Then the book deals, the self-help cloumns...
"Little white lies 101"
"Oops, i did it again"
"How to spin for dummies"

Or a cover of this one (how appropriate !)

I heard this from the WH directly...

White House spokeswoman Sarah Sanders said Hicks’ decision to leave was not related to her appearance before the panel, where lawmakers said she declined to answer questions about the administration. Trump called her “a truly great person” whom he would miss having at his side.

She had also been contemplating this for months according to reports. This is to try to tie the 'white lies' remark into why she resigned in the media.

Trump 'reportedly' called her dumb. Hmmm.....
..
She had also been contemplating this for months according to reports. This is to try to tie the 'white lies' remark into why she resigned in the media.

So did she admit to "white lies" or did she "decline to answer" ?

Whose reporting is the truth?

Funny people attacked her when she took the job. Saying things like she has no experience and got the job because her looks. Then people like you want to make claims about how trump treats her when she leaves based on her looks. I'm going to say it appears you have more of a problem because like many you assume Trump didn't realize she Was intelligent and instead based his decisions on her looks. How does that old saying go people in glass houses shouldn't throw stones.
edit on 3/1/18 by dragonridr because: (no reason given)

This is a good thing, right?

So he is doing good, according to you guys.

The whole USA is collapsing into south africa and it's celebrated.

Then again, I live in china, the next only world super power.

Hope ya can swim.


ya, draining the swamp by a guy who literally craps on 24k gold toilets - that's a special kind of stupid.

who had an alias (john miller) so he could LITERALLY brag about himself.


At least he is not giving billions of dollars to Iran though, so that much is an improvement.

That was Iran’s own money


So Trump by not sanctioning Russia is giving them money

How stupid do you think you are?

You realize that money was long gone, like your #in taxes since 1979, right?

WTF is wrong with the school system!!??? 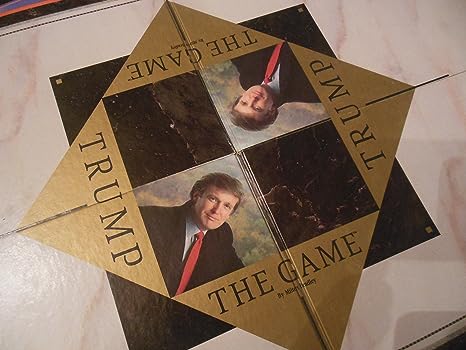 originally posted by: Oldtimer2
a reply to: Willtell

Sounding a lot like "old man yells at cloud" over here. Simmer down fella, no gosh dang anonymous sources are going to shove them librul Tide pods up your ass...

originally posted by: Willtell
And many I'm sure were fired because of political reasons, Comey and Sally Yates for instance and others through pure disgust of the environment of the Trump White House.


if you're in the 5%, and your integrity is gone, I can understand your support of trump.


the rest of you have been conned.

He is doing a better job as President to put the U.S. first than any other President I can remember. No con. That is a fact.

Why? Do you need some crayons and puppies to deal with reality?

It's amazing right? How those damn democrats make them all lie.

I'm so sure. The man is still more respected than trump. And obviously he knows the importance of telling the truth.

Total chaos. That's the way it's being described by the all too ready leakers on the staff.

On the eve of the e!ection?
That's the day before you know...

You are wrong. Everyone doesn’t know that. AND, if you are correct it should be very easy to provide a link to your fact.

Glad that you are good with funding terrorists and killing woman and children.
edit on 3-3-2018 by whywhynot because: (no reason given)

One would hope their final report will reflect the truth, not loyalty to any particular party.
But I see the rules you think they should play by.
Stand by trump.
Protect trump
Lie for trump...