posted on Feb, 19 2018 @ 07:49 PM
link
So I was listening to a few shows on the radio on a conservative station and I noticed some topics and questions that were oddly familiar. Some of the topics they covered were introduced in an odd phrasing and I remembered to myself "I've heard/seen this before" and then after they re-capped the issue they took phone calls and the first caller gave a statement that was, again, oddly familiar, and it was basically word for word what was written here but maybe a few words different and shortened for the radio. They continued with more talking points, rebuttal to the call and more calls, and again, more of the same that I had read earlier.

I had listened to the show a number of times before and thought that most of the topics they discussed were already on here and thought that most of the way they talked about it was awfully similar to as it appeared on here. Often there are some odd ways of saying things that show up here and I've heard them the same way on the shows, seems unlikely, especially having it happen a few times in one week.

So I guess there are a couple options, and that is that the radio show is using this board as a source of talking points for their show and maybe having fake call-ins where people are given a script and told to act as a caller. I think this is most likely. The other option is that people on the show are posting here as well as the callers. I guess this is theoretically possible as well as they may be trying to sway people's opinions online as well as on the radio, so if this is the case, then they aren't really stealing anything as they are writing the stuff on their own and using different means of disseminating it.

I've also listened to NPR and they have topics and responses that are also very similar to what I see here and that happened this weekend when I was listening to it. The thing is with both sides, they have talking points and IDK if these talking points have extended to this board and people posting as shills for the party and not as their original thought.? I would guess that this is probably happening and it is no more than a propaganda party (ala the Nazi party & communist party).

How many of you have noticed this and how often do you find over-laps or "reports" that are extremely close to what you have read on the board?

Lots of smart folks on these boards. We're a quotable crowd.

I've seen ATS content ripped off many times over the years. Doesn't surprise me at all.
edit on 19-2-2018 by loam because: (no reason given)

originally posted by: loam
a reply to: DigginFoTroof

Lots of smart folks on these boards. We're a quotable crowd.

I've seem ATS content ripped many times over the years. Doesn't surprise me at all.

Do you think the radio shows fake the call-ins with people with scripts? I actually think they might have to b/c how many of you have actually called into a radio show in your life?
edit on 2 19 2018 by DigginFoTroof because: (no reason given)

As humble as ATS is, there really is a trove of information and millenia of accumulated experience here.

I know for a fact that writers, journalists and even just kids doing their homework (lol) have fished ATS as a muse for inspiration, testing ideas and more.

ATS is a well kept secret.

I have seen people on here who are probably politicians, famous actors and such. Many people use this site. Maybe in passing, but they have been here and do come back.

I remember seeing Zaphod say that he recently caught someone using his posts word for word on another site or on a show or something. 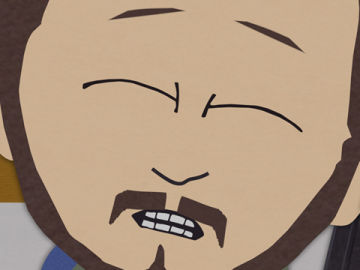 posted on Feb, 19 2018 @ 08:09 PM
link
I think a lot of people collect information from here. I even think there are a few people here who actually test how the information they are going to release in media is going to hold up to scrutiny. We seem to provide a service to some people, it is easier for someone writing an article to come here to get info than try to figure out what direction they are going to lo go in.

I use this site to stir up interest to do research. I do research just to learn what is really going on. Almost nothing is truly as it appears.

Where do you think the ideas/opinions (conservative or liberal) spouted on ATS come from?
99% of the time Fake News.

posted on Feb, 19 2018 @ 08:10 PM
link
I remeber when I first started seeing this site come up in my search results and only looked at the results but never ventured deeper into the forum, I didn't know how many forums were available at the time. I think most of the search results also had results for GLP and, while not a member there, have also looked at results there and think I've seen some lifted material from here over there, or vice-versa.

I guess it just took me for surprise because the thread was fresh in my mind having just read it maybe 5-10 mins before hearing the same thing on the radio and at that moment, I started thinking some very odd thoughts about originality of things I read online (forum posts) and what is supposed to be original radio personalities, kind of surreal in the moment.

One of the biggest places I've heard "lifting" is Coast to Coast and the topics are often SO CLOSE to here and the call-ins often have the same stories down to details, which can be really bad if someone is looking for confirmation, and if they hear someone saying "this really happened to me" on the radio, but they are reading some post that you may have already read, so it is 2 confirmations of the topic, yet it is the same story/person, only being repeated by a different person, so it really only happened once, not twice like you may think - Unless you think that the person calling in is the poster, lol..
edit on 2 19 2018 by DigginFoTroof because: (no reason given)

posted on Feb, 19 2018 @ 08:10 PM
link
So with 100s of millions of adults in the US , two of them could not have the same thoughts?
The Laws of Probability would probably say it was a great probability

posted on Feb, 19 2018 @ 08:13 PM
link
Not surprised, have seen articles and have heard references on the air over the years. Even back when I lurked this site came on searches from the various topics it provides, pretty easy for anyone to reference the site. Do I believe it's more common now? Sure, conspiracy is mainstream as is political discussion which is the main topic now.

Any sources of what you have seen?

Some websites Also have posters loaded with talking points to drive a narrative.

Whether or not the posters are regurgitating what they heard broadcast or the posters are
Using the same script from a direct source is the real question.

While it is also likely that this site is read by the original broadcasters of the talking points, cannot be denied, perhaps they read a post here that "hits" or "resonates" or "strikes a chord" from a useful civilian, in a manner that better conveys there message, and so adopt it...

When propaganda becomes legal finding the root of it is neigh impossible...

It's a tangled ball of twine and rubber bands, the more you pull it apart the more complicated it becomes...

But what do I know I'm just a

Although I'm sure you won't hear it.

posted on Feb, 19 2018 @ 09:32 PM
link
Personally I think the people that make South Park come here especially since the last 3 or 4 seasons. I've seen a few things on there that sound like they could be threads from ATS. Especially the later seasons with Garrison as Trump.

posted on Feb, 19 2018 @ 11:03 PM
link
Memes bouncing around in echo chambers.
Have you ever noticed how liberals all seem to use similar talking points? This is because the liberal sphere of information is like a big bubble that they live in and with all those same notions, ideas and such being repeated and repeated, many liberals think that they are having original thoughts, when in reality what they are thinking is is the meme.

While it is also likely that this site is read by the original broadcasters of the talking points, cannot be denied, perhaps they read a post here that "hits" or "resonates" or "strikes a chord" from a useful civilian, in a manner that better conveys there message, and so adopt it...

originally posted by: TerryMcGuire
Memes bouncing around in echo chambers.
Have you ever noticed how liberals all seem to use similar talking points? This is because the liberal sphere of information is like a big bubble that they live in and with all those same notions, ideas and such being repeated and repeated, many liberals think that they are having original thoughts, when in reality what they are thinking is is the meme.

I noticed you didn't mention republicans, they are no different.

As far as the op goes I wouldn't be at all surprised, lots of great info here.

posted on Feb, 20 2018 @ 03:23 AM
link
The thought has definitely run through my mind listening to Coast to Coast before.

I figure some members may be calling in, or others who may consciously or subconsciously want to talk about some of the more off the wall topics discussed here.The show runs late at night and fans being tired, relaxed, or enjoying other states of consciousness come into play.I feel it's probably easy to underestimate the the numbers of people and who lurk the forum.

Even in the earlier days of the internet, six degrees of separation and the collective unconscious often gave me pause to consider the novelty of bbs posts for example...

Coast to Coast does seem to have a least some who that read from scripts. Or at least they have written themselves and just call it, which may have had some sourcing from this site. With that, yeah, it's may be likely you did hear what you're thinking.