There will be an interesting movie release by itunes in October. Patient Seventeen is about how a former Podiatrist who had removed foreign bodies from patients, and had them analyzed. Allegedly, the isotopes of the contained elements are not from Earth. Here is the intro from Youtube.

In the Youtube video at 25:09, the narrator says something like, “I’ve been trying to get ahold of Steve…but can’t.” At 40:31, we see Steven Colbern display a clear box with a small rectangular object in it. Apperently this is another sample of an Alien implant. But where did Steve go? Who is Steve Colbern?
So I started to dig a little, and I found this LA Times article from May 13, 1995 (view it while you can, I’ve seen some things disappear off the net and this may become one of them),
articles.latimes.com...
“ Biochemist Arrested in Blast Probe : Oklahoma City: Steven Colbern, 35, who grew up in Oxnard and attended UCLA, is being held on unrelated weapons charges. Officials say McVeigh tried to contact him last fall.”

Now a little background. He graduated from Oxnard High School on June 8, 1978. The teachers at the school then said they had little memory of the boy who wore thick black eyeglasses. Mr. Colbern married Ava Hacopian on Dec. 27, 1985, in a civil ceremony, and divorced her in March, 1991. They purchased a house in Long Beach and signed a deed of trust for $93,100 with the Veterans Administration--although no record of his serving in the military could be found.

Steve’s first run in with the law was in around July 1994 in Upland California, “Upland Officer Brian Schaefer noticed that the rear license plate of the suspect's red 1969 Volkswagen was not illuminated so he pulled the vehicle over. Schaefer became suspicious of Colbern's manner when he asked for identification. When Schaefer attempted to arrest Colbern, the suspect put up such a struggle that five other police officers were needed to subdue him, according to court records. Colbern failed to show up for the federal proceedings, resulting in the issuance of a federal fugitive warrant for him Oct. 21. The wanted notice said Colbern, with an alias of Bill Carson, is considered armed and dangerous and has been "trained in survival skills.”

The article continues to inform us that “Steven Garrett Colbern, 35, a UCLA-educated chemist who was already wanted on both state and federal weapons charges, was wrestled to the ground and handcuffed by the marshals who were in town searching for him…A spokesman for the U.S. Marshals office in Phoenix said Colbern was armed with a .38-caliber revolver when he was wrestled to the ground by three federal marshals in Oatman…During the struggle, Colbern kicked one of the deputies in the jaw.”

Here are the things that make me go hmmmm.
In the youtube video “Steve Colbern-Hanger 1 Intro-Take 2,” Steve states that he has a former wife, was educated at UCLA in Chemistry, lives in Oxnard, wears glasses, and has now vanished (according to the documentary).


The LA Times article describe their Steven Colbern had a former wife, graduated from UCLA in Chemistry, lives in Oxnard, wears glasses, and was allegedly involved with the OK bombing. He purchased a home with a VA loan, has taken on 3 to 5 law enforcement officers at a time, trained in survival skills, yet has no military record. Some of this reminds me of the story of Robert "Cody" Snodgres. www.abovetopsecret.com...
www.youtube.com...
Speaking of Oxnard CA, remember the alien/human hybrid that died with a garage full of guns? ktla.com...
How would someone associated with the OKC bombings, commit assault and battery on multiple LEO’s, have multiple Federal charges filed against them, and yet, never show up convicted? He now shows up with some sketchy youtube vids, is associated with alien implants, and now has disappeared, again.
Who's running this show?

posted on Feb, 11 2018 @ 06:43 PM
link
Steven Colbern has apparently shown up at UFO conferences. He performs free scans, using several hand held devices. One of them is a stud finder. He waves this around a persons body. If it goes off, then there is something that has a high concentration of metal in it. The implants supposedly have a high iron content in them. I thought this was a clever way of finding a foreign metallic body. I've never tried it before, but it is still intriguing.

originally posted by: Sillyolme
a reply to: Violater1

What did you see?

He is the "scientist" who did the "analysis" on the object extracted from "patient seventeen's" leg. I don't think he did all of the actual work on the alleged implants himself, but may have facilitated having them sent out to various labs for testing.

The documentary isn't great, Jeremy Corbell's attempts at poetic storytelling are annoying to my ears. It wasn't horrible, but not earth-shattering.

posted on Feb, 11 2018 @ 07:39 PM
link
a reply to: Sillyolme Patient seventeen doesn't come up on Netflix, granted I am out of country but I don't think that should matter.

Go on Netflix you can watch patient 17 right now.
I watched it on Friday.
Pretty interesting.
If I recall correctly i think the foreign body contained 56 elements and minerals.
And isotopes that are from supernovas and have never been seen on earth.


I’ve been defending the stance that the documentary was good ( not great) but most of all Corbell ( the director) did attempt to obtain test reports based in hard science.


The following link provides the testing result documents. Follow the link to the Patient Seventeen icon and scroll down to see the two reports.

The labs that provided them and the analytical chemists that over saw them.

I saw it on Netflix too.

edit: the other page of that test. source

edit on 11-2-2018 by NoCorruptionAllowed because: (no reason given)


Not laughable at all. We chip our dogs so we can find them, or so that somebody else can't lay claim to them.
An interstellar dog tag.
I can hear Gnorp yelling at Glaphzp, "that is my human! I tagged him, not you! Leave him alone!"

Thought you were talking about this D-bag. 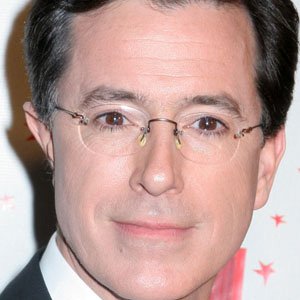 It's interesting , I watched your videos and it seems like testing of these objects was done by legit lab sources and found to have strange properties, at least the description of the testing done on patient 17s implant. Dr. Leir is now deceased...heart attack right after extracting the implant from patient 17. I was just reading his Wikepedia entry and it states no implants have ever been proven to be anything extrodinary lol. Also that they refused outside testing, it sure doesn't sound that way...interesting topic.

Very odd Stephen Colberns ties to the OKC bombing with no follow up!!

Also interesting that Stephen Colbern is from the same town in California, Oxnard, that the "alien hybrid" special agent spoken about in your article below. That was such a weird story ...caught my interest at the time I remember. Especially interesting was the really large weapon cache, the amphibious SUV and the big amount of money found.

I'm going to go check out Robert "Cody" Snodgres now. Thanks for the links all great topics!

originally posted by: NoCorruptionAllowed
Here's a copy of one of the lab reports.
Someone could call that lab and verify the file number.

Someone actually sees this as I do. I’ve been over at the other Patient Seventeen thread fighting those guys tooth and nail just to get across the point that the tests are important.

They are from a accredited professional lab. If they say what we think they say, and what people in the documentary say ( nanoman , Steven, no credentials provided thou) they are worth additional research.

I sent them to my alma mater last week with hopes the chemistry department looks at them but I won’t hold my breath.

Even the hardest of evidences in today's climate will likely have most closing their eyes to it no matter what comes by.
Most places like world class labs and academics after seeing the story behind a sample like that will probably run and hide and pretend it doesn't exist, just as a safety measure. Perhaps most of them already have.