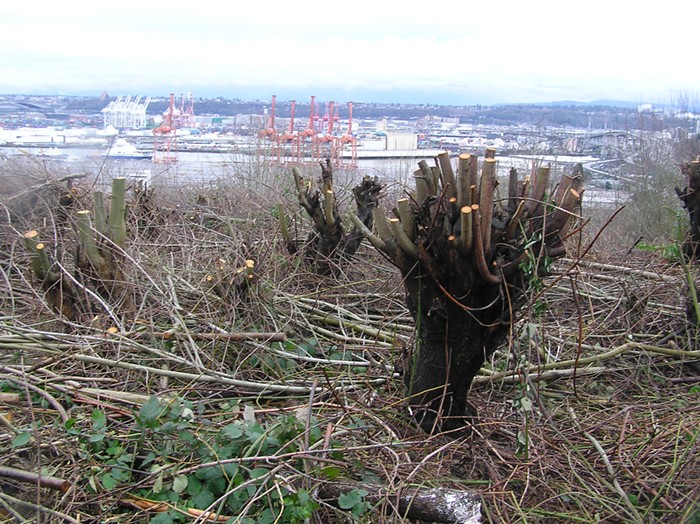 I'm not sure why these couples cutting down trees bothers me so much. Perhaps it is because trees are living things and part of what makes living in the Pacific Northwest tolerable, even desirable. Or maybe it is because I abhor ignorance and stupidity and these couples surely qualify being labeled with those "qualities". Or maybe it is because our newly elected mayor, a woman I detest, used the opportunity to "toot her own horn". I guess it is all of the above, and more.

I can't help but try to put myself in the position of the (wealthy?) home-owners: what would I do to improve my property value so I can one day sell my home and then live "high on the hog" in Tucson, Miami, or Butte? Yeah, I was jokin' about Butte, but, no, I wouldn't hire someone to illegally cut down trees. I wish my only problem was worrying about the view from my dining room window, but the truth is I have 100's if not 1000's of problems that are far more important to me than that, and all of them seem much more realistic and necessary.

I once had a landlord that got sick of cleaning out gutters and raking leaves (actually, it would be more accurate to say he got sick of PAYING to have these things done), so he cut down every tree on the property I lived on. In a matter of minutes I lost my shade, privacy, and enjoyment of the tree's beauty. Many animals, birds, and insects lost their homes, food, and shelter. The remaining stumps make great tables to place items on, but are otherwise useless and ugly. I would have gladly cleaned the gutters and raked the leaves FOR FREE if the landlord would have preserved the trees. He was a jerk for many other reasons, but this is what always comes to mind when I think of that window-licking twit.
The Stranger Source Article


Rest easy, trees of Seattle. The city has reached a settlement with nine West Seattle homeowners who allegedly hired workers to cut down a bunch of city-owned trees to improve their views. Those homeowners—Kostas Kyrimis, Linda Kyrimis, Nancy Despain, Wendy Sweigart, Leroy Bernard, Joyce Bernard, Charles King, Shirley King and Bruce Gross—on January 31 agreed to pay the city $360,000 to resolve a lawsuit against them over the dead trees. The city previously settled with two other alleged tree-killing couples for $440,000 in April. First reported by the Seattle Times, the felling of 153 trees in the West Seattle greenbelt sparked outrage among environmentalists. According to the city’s lawsuit, the felled trees were in an environmentally critical area and helped prevent landslides.


Mayor Jenny Durkan used the occasion to remind everybody who she last worked for. "“Under President Obama, I was on the frontlines, fighting for and protecting the environment,” said Mayor Jenny Durkan in a statement. Council member Lisa Herbold says the settlement sends a message to would be tree-killers, using a word I’d never heard until now: "I expect these clear consequences will make someone think twice before considering arboricide in the future,” Herbold, who represents West Seattle, said in a statement.

posted on Feb, 6 2018 @ 10:51 AM
link
I live in a part of Texas that is fanatical about trees. They've built roads around older trees, so you have trees stuck haphazardly in the middle of the street. Wal Mart built a bit easement around this live oak in their parking lot. The property where i work has an 800 year old box elder, and a 750 year old native pecan, along with several other centuries old live oaks. There were 5 other box elders to match the 800 year old one, but they became diseased and were cut down 2 years ago. The leaves on those things are as big as my hand.

posted on Feb, 6 2018 @ 11:03 AM
link
Yes they do that here in fl alot as well .
thong is it rarly works the tree dies within 2 years 9 times out of ten .
first to pave you scrape the ground around teh tree ( thing is all teh feeder roots are out as far as 75 feet from a big oak )
so you end up cutting half the feeder roots to leave a 20 foot circle of ground around the tree .
then the rest is paved ovver and again you leave the tree with another problem Water .
see a big oak can use as much as 500 gallons a day but with so much of the area paved over and NOT havbing tap roots like a pine oaks rile on shallow ground water ( which is 90 % from rain ONLY . So now the tree slowly dies of thirst .

besides the fact you are talking about ONE tree wile cutting so many otehr see trees also rile on being Forest so when the tree finly does dies it is the last tree .Notr even ONE sapling has grown from it .
Humans are very very self destructive .
Yes i say we are destroying our self as clear cutting over fishing and pollution are slowy taking there tole

posted on Feb, 6 2018 @ 11:14 AM
link
They did it to "improve their view" ? Just saying, certain trees are supposed to be trimmed like that every year. Mulberrys and Robinians, for instance.

posted on Feb, 6 2018 @ 11:46 AM
link
a reply to: seattlerat
Not much of a view. I live in the woods and I know exactly what you mean. I paid extra when I built my home to prevent the removal of any tree that was not absolutely necessary to be removed, and I mitigated for the trees that were removed.

The sad thing is someone will probably use the removal of the trees to prevent property lose from the wildfires, forgetting that it looks like the only thing left after the fires were the trees.

On the other side of the coin, I recall a couple of decades back, some tree huggers around the Reno areas wrapped all the trees around an area where beavers inhabited with chicken wire. It was to prevent the beavers from cutting down the 'poor trees' and feeding themselves through the winter......

Originally, I was going to knee-jerk react and bitch and moan about landowners needing some sort of city permission before removing their own foliage, but then I read the story linked in the one cited in your OP, and it made more sense with more details.

Apparently, this was an acre of land owned by the city, not the landowners, and they took it upon themselves to not simply remove small brush and clean up the area, but to do major alterations to someone else's property without the owner's (the city) permission.

Yes, this was a stupid move on their part, and it's nice to see them pay for it.

That said, I think that the amount seems excessive, but that's being said without knowing the cost of repopulating the trees and plants after the fact. I get sending a message and all, but damn.

I would like to know, though, if there were repeated attempts at getting the city to maintain that acre of land, and the city refused to do so. If that were the case, I would argue that something had to be done. That's all speculation, though. Apparently, a lot of the trees were mature maples, which are known to have shallow root systems and be hazards to surrounding structures (they blow over relatively easily...I used to live in a neighborhood populated with thousands of mature maples).

Regardless of all of that, if I lived below that steep embankment that now has no trees to aid in landslide reduction, I'd be pretty pissed.

As for "arboricide," that word should never be used again in that context, because that's not at all what it means, and I'd be willing to bet that it was misused on purpose to sound illegal and scary.

posted on Feb, 6 2018 @ 12:48 PM
link
stupid people, the trees weren`t on their property so they should have poisoned the trees or infected them with a fungus or insect that would kill the trees, then they would have their view and not have gotten caught.

posted on Feb, 6 2018 @ 01:18 PM
link
from the op pics it looks like those particular trees have only been coppiced (again) . It is quite hard to kill trees actually
edit on 6-2-2018 by GeneralMayhem because: (no reason given)

posted on Feb, 6 2018 @ 03:32 PM
link
Sorry for the lack of decent photos, I haven't been to the site myself and am relying on others for the imagery. Here are a couple more photos (courtesy of Seattle Post Intelligencer Web Version): 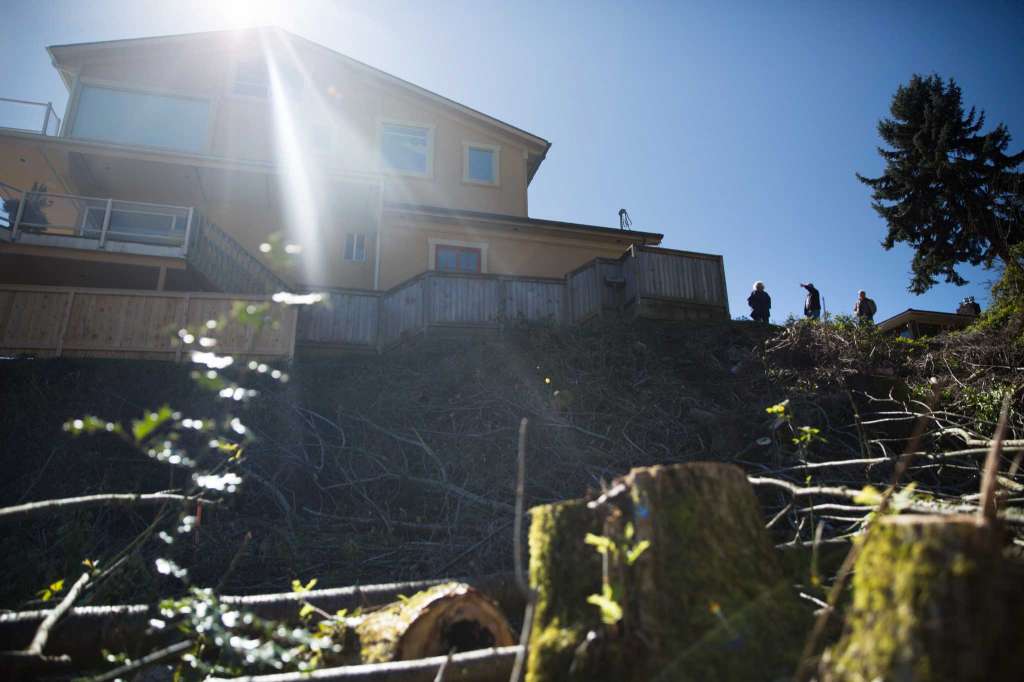 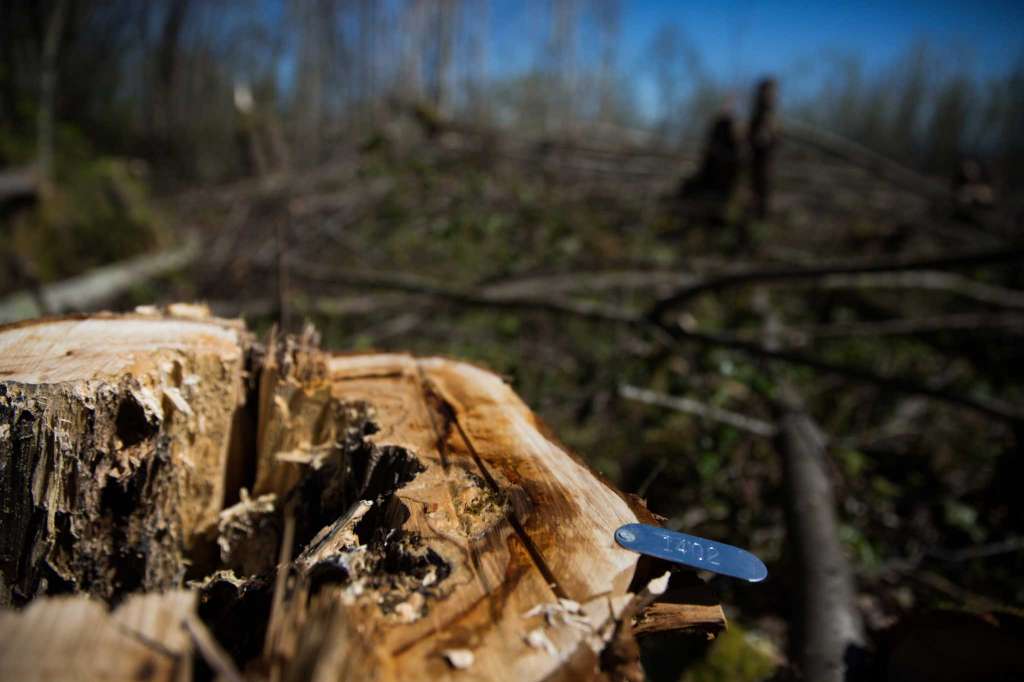 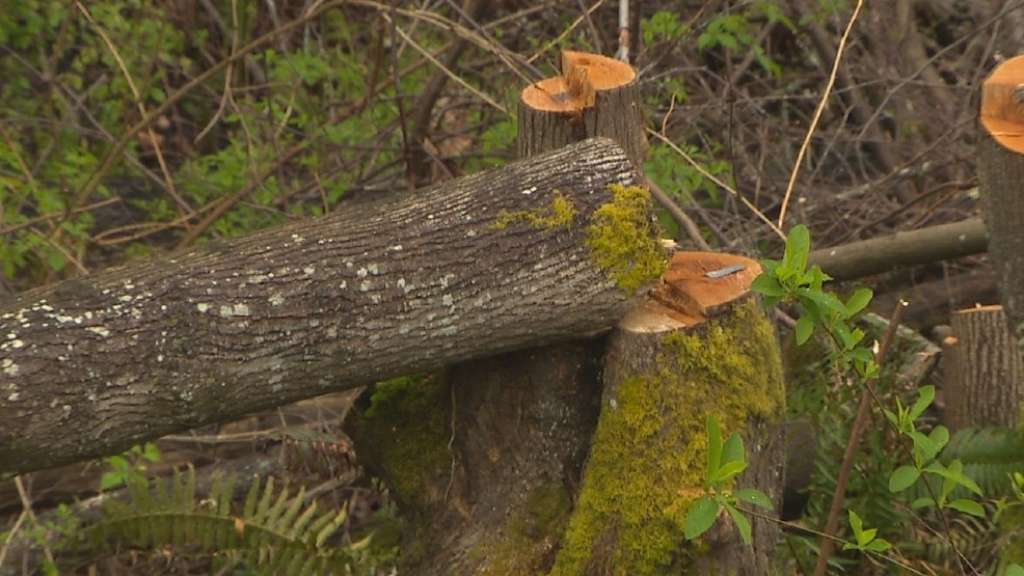 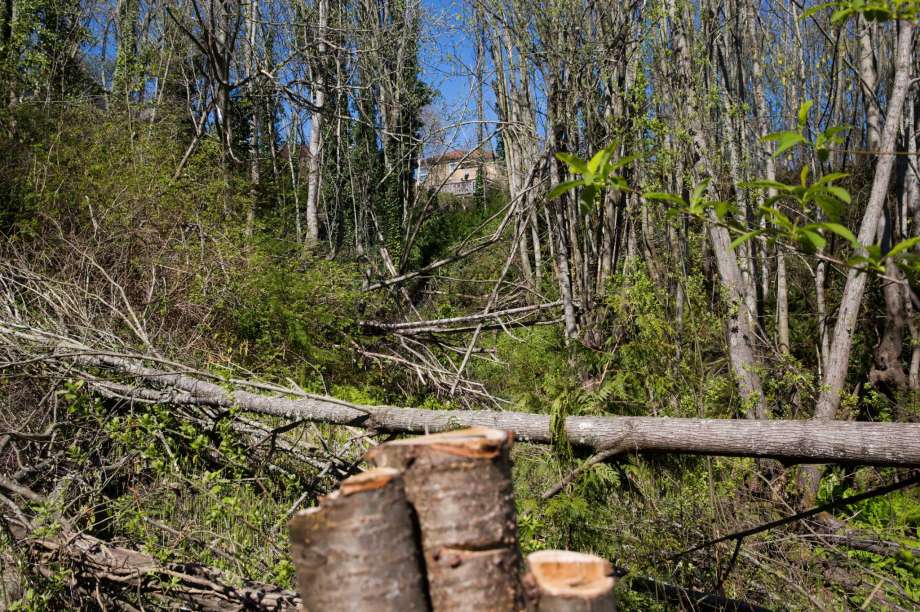 I think the homeowners got off cheap, if they were charged what it would actually cost to replace the trees I'm betting it would cost significantly more than the settlement. Once the money gets in the hands of Seattle government, it will most likely be squandered or spent inefficiently. I wonder how the courts arrived at the dollar figure for the settlement?