Let's get down to the points I'll be focusing on. 1. Who is Qanon? 2.What is all this huffpuff and hooblah all about? and 3.Is this something people should care about and take seriously?

To start, in October of last year an anonymous user by the name of 'Qanon' began posting cryptic messages on a website called 4Chan and claimed to be a high-level government insider with Q clearance .

I'm going to break down the above for some of you here.

So what more about Qanon? His claims are fantastical at best.

He (or she) claims that Trump is following some Masterplan to fight the Deep State. Apparently Trump is a terrific mastermind and it's all a show.

Trump was never involved with Russia

Obama and Clinton are actually being investigated by Mueller

Look I don't expect you to even believe what I've posted. According to Q there's a storm coming and all these corrupted Democrats will be arrested (including the big ones) and Trump will be vindicated. It's going to happy soon so you're welcome to just wait it out. Time will prove so. That being said, if you're going to follow somebody so closely, you should have enough respect for your own intelligence to ensure this is a person of some authority and credential. This Q individual clearly doesn't. For all anybody knows this could be a 15 year old kid getting his rocks off in his basement by all the attention he's receiving.

On a final note, let's remember one thing:

It's all fun and games on the internet, until somebody becomes so indoctrinated and takes it to the next level. Qanon isn't doing a positive service at all and neither are those spreading his fantastical claims.

We've had all sorts of anonymous sources come and go on ATS. None of their fantastical claims panned out. We should know better. Or at least strive to be better.


We should know better. Or at least strive to be better.

However, looking in the Qanon thread isn't the best place to start. IMO of course. *Hint*

That is what I get from your threads.

They let me know what 'your side's' talking points should be.


According to Q there's a storm coming

Yes there is! Big black clouds, hail, wind, thunder and the big Zaps.

Once again, thanks for the intel.

How long are we supposed to wait for this storm to hit Phoenix?

I'd just like to set a diary date you know? Just incase you decide to move on to other nonsense all of a sudden, as you typically do.

originally posted by: Southern Guardian
On a final note, let's remember one thing: 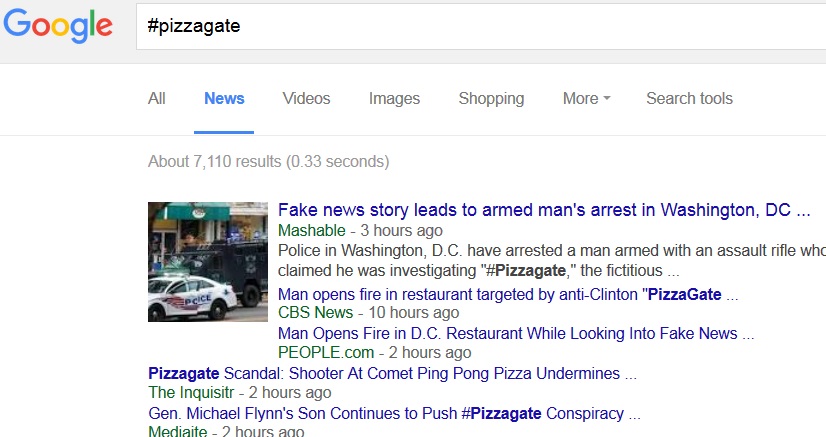 That article / headline was repeated from here to India by that morning by the International MSM (about the same ratio and names of megaconglomerates that own the "news" here do so across the globe) thus driving the FAKE NEWS meme into everyone heads like a wannabe shot heard around the world virtuoso.

And then Hillary emerged from the zombie bunker to deliver this important, redeeming message:


edit on 2-2-2018 by IgnoranceIsntBlisss because: (no reason given)

It really doesn't matter about Q - as long as deceptive politicians and government public servants and their bankrollers are torched for any shirking of the law - and it appears we have some shirking to deal with.

Don't listen to anyone else or dare to have an opinion.


This message was brought to you by your betters who always know what is best for you.

Better yet, don't trust anonymous sources from the MSM! But breaking news! This anonymous poster on this MAGA website I frequent says Obama eats babies! It's legit cause he told me.


How long are we supposed to wait for this storm to hit Phoenix?

I am watching as are many others.

I take it, you don't know how to play 3D chess?

The defenses are in place, many opposition pieces are being frozen in place.

All of the new moon boot attire. It is a lovely storm.

Get outside and look!

Leave the basement ... you can do it!

It's already here? If that's the case it's a fairly lackluster event doncha think Pheonix?

I refute your thread. That's it.

Of course Network. Because I don't believe an anonymous member on a MAGA website claiming to be a superdupa insider.

Alright. You have a super weekend too bud.

Yes, Q is a 4chan troll obviously. A few things:

1. Why the hell does Q speak in vague, cryptic verse? Is there something wrong with writing "The Truth" in full sentences? It serves two purposes. The first is to give the appearance of being some sort or sucker's idea of a clandestine communique... excepted posted in Internet forums.

2. The second reason is that like every other fraud whose every claimed to know the future, Q employs simply cold reading techniques. Just enough information that whatever is said can be interpreted in any number of ways so that believers can make it "fit" with things they observe.

3. Q isn't even the first of these lame 4chan hoaxes. The first one was "White House Anon." What happened there? Fizzled out like Nunes's unmasking narrative.

You're not going to persuade anyone though I'm afraid. The same people who fall for this kinda thing keeping falling for it for a reason.

posted on Feb, 2 2018 @ 09:38 PM
link
Whew! Thank goodness for talking points, I was starting to get worried about the folks in DC doing bad things...

I guess it's ok to go back to watching "Welcome back Kotter" reruns!

Always listen to random trolls on the Internet who talk like this:

DB doesn't know it.
It changes everything?
How many sides does a die have?
3X = DOW Drop.
The Storm is Coming.
Satan is real.
Stay alert.

originally posted by: theantediluvian
1. Why the hell does Q speak in vague, cryptic verse? Is there something wrong with writing "The Truth" in full sentences? It serves two purposes.

It's actually brilliant forum formula as you go and make ironclad OP's and nobody responds. Well that is the precise opposite.