posted on Jan, 24 2018 @ 06:14 PM
link
Hi, my real first name is Joey an I am a 27 year old man. I have had an interest in conspiracies ranging from Satanic Ritual Abuse (SRA), UFO's (of which I have had one close encounter of the 1st kind) and their origin and intent (and their actual occupants), the paranormal, Mind Control and Dissociative Identity Disorder (DID)/Multiple Personality Disorder(MPD) and its origins and potential uses (particularly for sinister purposes going along with SRA), the New World Order Concept and how I see the Dots connecting towards this NWO referred to as the "Totalitarian Tiptoe" by a favored writer of mine, David Icke (although, I believe his work contains a lot of disinformation and speculation. There is also a great deal of food for thought - I subscribe to a reasonable amount of his theories - and particularly information from his older books which were much better sourced. His knowledge of ancient and modern history in particular, as that information is generally verifiable and much of it is accepted, but suppressed, by mainstream historians is what interests me most about his books and speaking). History is a great passion of mine, and my Major of studies in school and minoring in Writing so I can write about two of my passions; history, revisionist history, and "conspiracy theory/scifi-fiction", my name for the fiction genre.

While I do subscribe to a fair amount of what people deem "conspiracy theories" - I consider being called a "conspiracy theorist" insulting due to its perception in popular culture. I am educated and open-minded and thoroughly enjoy researching both sides to any theory; not some easily-suggestible tin-foil hat-wearing, gun-toting (Though, I do strongly support the 2nd amendment), paranoid believer in everything I read as Gospel (Gospel being used as an example as I don't believe in much of The Bible factually, although I do believe it is riddled with esoteric phrases and verses that are allegorical and are meant for the "initiated" to truly understand in what we deem "Secret Societies or Cults"). So, instead of "conspiracy theorist", I prefer the term "revistionist historian" and the theories I subscribe to as "revisitionist history theories", although the word "conspiracy" to me is quite valid as it simply means "2 or more individuals engaging in an endeavor not meant to be disseminated outside that circle" (as I refer to an understand the word, although I'm sure there are other meanings); therefore I heavily believe there are numerous (malevolent) conspiracies afoot nationally and globally. I further have interest in the esoteric, hidden knowledge which many "secret societies" possess and the meanings behind them, as well as the meaning and power of symbols and how symbols are akin to 'glyphs' and are often pictorial hints or messages in themselves subliminally (until one "sees'' through the hidden nature. In my case, I see symbols and their meanings EVERYWHERE once I learn the intention of the symbols meaning). Eastern philosophy and religions also interest me as they speak of "Gods" in many of their holy texts, which technology that one can imagine when reading akin to UFO's. In Hinduism, particularly in the Bhagahavad Ghita, it tells stories of "wars between the gods in the sky" using advanced technology, as described in the vernacular and understanding of the scribe of the time. Beyond that, I am an avid reader as well as writer. I love to write non-fiction, but especially fiction, particularly what I term "conspiracy theory/scifi fiction", as there are so many theories that may or may not be true - but through the loose guidelines of fiction I can put into my writings things I believe to be totally bogus as well as axioms (to me) of my own personal beliefs in these aforementioned subjects. With all the technology being steadily produced; some truly Above Top Secret to the public literally, it makes melding conspiracy fiction with science fiction both simple and to me highly enjoyable to write and I often find myself writing until the sun comes up.

Otherwise, I love to play video games (RPG's, free-roam sandbox games, real-time strategy, stealth-action (Metal Gear Solid series!), and action/platformers , and love; documentaries, a good mystery/drama (Memento being a favorite of mine), some comedies (mocumentary comedies particularly, Borat being among my favorite films), most mockumentaries - especially paranormal and "black magic" horror (and any type of horror other than slasher films; which I find tasteless, crude, and unnecessarily violent for violence sake (It's a form of mass mind control in my opinion). I also *personally* believe, in some cases, some of these types of films do breed actual violence in those both easily suggestible and the already violent, in lesser ways), and anything ever directed by Stanley Kubrick for both entertainment value and for hidden themes, symbols, and concepts interjected into his films that really make you think and speculate and create your own perceptions towards the meanings of his films (The Shining being my favorite film ever made; to which I have easily viewed 200-300+ times in the last ten years). I enjoy fitness and all aspects of physical training including; flexibility and yoga, endurance training (both cardio and muscular), muscle building (hypertrophy) training, strength and power lifting, and speed training and boxing drills. I'm an animal lover, and have one cat who I cherish and love to death named Rosie; she is a purebred Ragdoll and as friendly as a dog (I also love *most* dogs, minus the yippy little annoying ones). Snakes, spiders, and reptiles other than Iguana's are the only animals that I don't like - mainly because I have a phobia against them since I was bit by a Rattlesnake while visiting my birthplace in New Mexico in adolescence, and it was the most pain I have ever gone through in my life - and I was treated within a half-hour of the bite with antivenom at that. I now live around the largest city in the Midwest, but was born and lived for the first few years of my life in between the border of West Texas and Roswell, NM - which perhaps subconsciously spurred me into my direction and obsession over the last ten years of my personal search for the 'truth'.

I have a personal love of humanity and our ability to feel emotion and empathy, which I feel for our entire race and am definitely a Lover over a Fighter (but I Fight hard for my rights, liberty, and my core values and tenets that I live by; esp for my fellow comrade).
I hope to be a valued addition to this community, which by lurking for the last 2-3 months, I already feel at home with and feel a kindred nature with many of the threads, posts, posters, and everyone's unique personalities and perspectives.
So once again, Greetings - I am excited and grateful to now be a member and contributor - and I wish you all the best with love, because love is the base feeling for all things positive - including respect of those and their views, and that insatiable urge many of us have for the 'truth' - because the truth is often frightening, and fear is the base emotion and antithesis of love and all its secondary and tertiary emotions are the antithesis of truth, respect, integrity, caring etc. Things that, I hope, we as a community all value.
Sorry for the length, I love to write and get carried away a wee bit too much sometimes. Just another facet of who I am amongst everything else I've stated. One Love y'all!

Well, welcome to ATS. I am sure you will find all your interests covered here. Just use the search function or check the various forums.

I think you've covered everything in your OP, but just in case operators are standing by.

Pleased to meet you and welcome to ATS You will be an interesting member.Enjoy the site,and a tip,there's a helluva lot of interesting older threads on esoteric,metaphysical,paranormal and ufo/alien subject matter.This site is very political these days but there is a treasure of older material in the relevant forums

Hello my Windy City neighbor! Whatever interest you have (that's legal), you'll find helpful information here at ATS. And be sure to freely contribute and share your knowledge with your new ATS family.

Thanks for the advice. I have a lot of interests and opinions in mainstream politics (what we're told) and also the information that is deemed "sensitive for reasons of national security" type politics also (Thanks Harry Truman for the 1947 National Security act along with and the draconian amending to the act furthered by Reagan). Many of these topics I mentioned of my interest relate both in terms of both major US political parties, and their members that in some case go allegedly all the way to the top leadership. And I like to think I follow US politics reasonably well, far more than most American's suffering from "ostrich in the sand" syndrome. I'll absolutely be sure to check the archives out though, great advice. I feel so good and thanks to everyone for the warm welcome, I truly feel like I've found a surrogate family that understands me. I can't talk to 95% of people in real life about my believes because they think *I'm* the foolish, close-minded, crazy one. I was for years a heroin junkie, but after getting clean 3 years ago I now consider myself an "Information Junkie". Many say I'm nuts because I compare Democrats and Republicans to the CPC (Communist Party of China), as on the political spectrum they are within 8-12/100 points of each other; Democrats roughly 4-6/50 points to the left-wing, and Republicans around 4-6/50 points to the right-wing. They're so close that I consider them basically the same party as a whole in my humble opinion. And by simply viewing the policies of the Bush and Obama administration and how they seemed to carry over damn near in tandem this furthered my belief that we live in a covert authoritarian state; as by overtly informing the people that we live under a dictatorship - the populace would not stand for that. By giving the ilusion of "choice" to the people, it keeps the sheep in line, so to speak. But yeah, that's my schpiel and *part* of my interest in US politics. I am, however, anxious to learn about global politics as well, as I know considerably less (sans the Peoples Republic of China which I know quite a bit about and their atrocities and often inhumane policies/practices. Thank you again, like I said all your kind words and advice make me feel akin to family (of which my blood family is aging and dying, and I share *no* similarities with my generation...), so that means a great, great deal to me personally an emotionally, With love to all, particularly those who gave me such a warm welcome - DT.

Nice to meet you. Chi-town represent!! 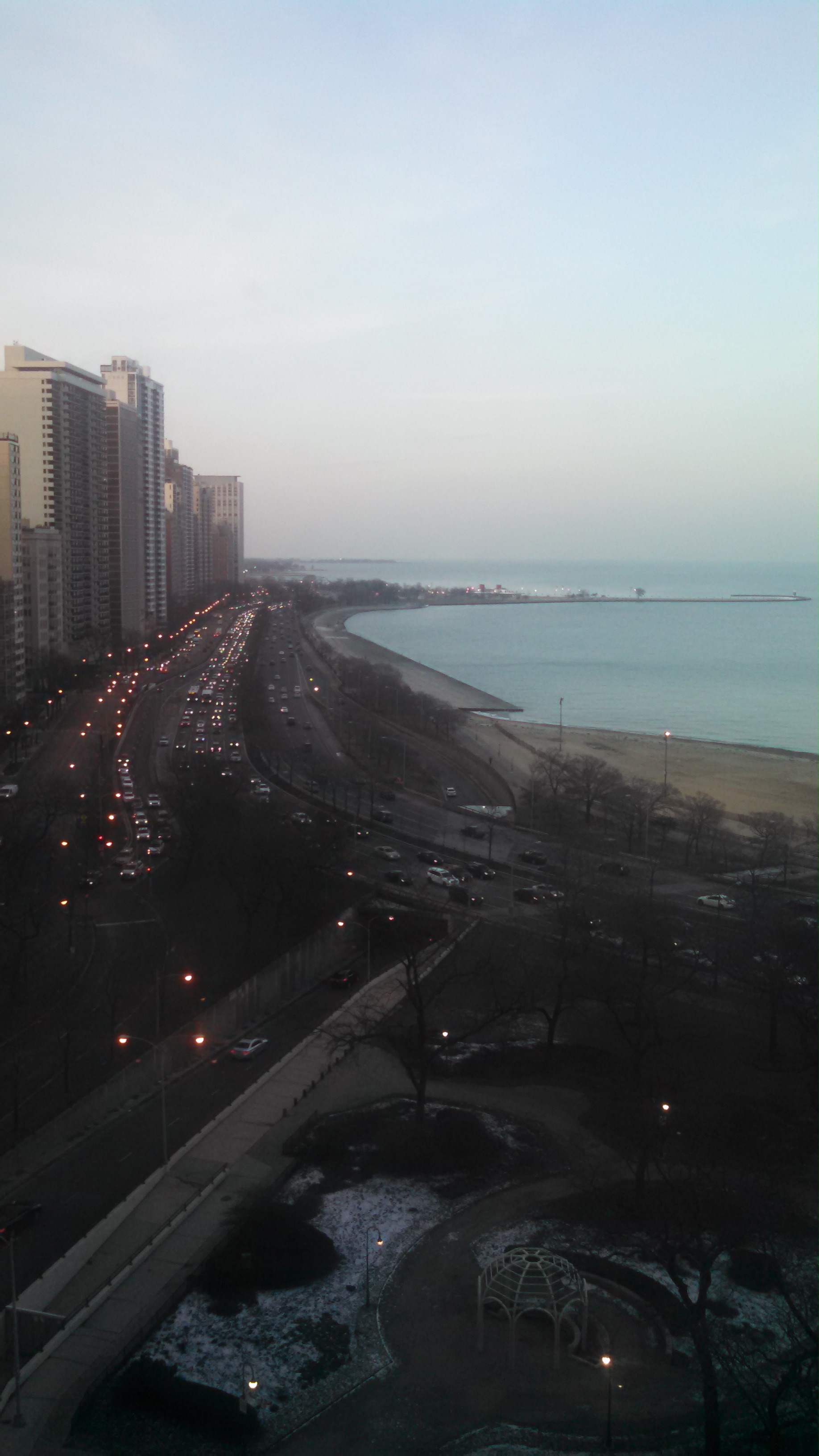