I’ve been around these boards for many years now—-some years more than others. But I learned more here during the “better years” of ATS then I ever thought possible.

And the things we discussed——a lot of it has come to pass.

I applaud all of you, who, ten years ago saw this coming down the pike, who warned others, who were preparing, as everyone used to say, for when TSHTF.

Back then, I used to wonder how it would play out, and here we are in the middle of it. Some of it is a surprise to me—-some of it is not. A lot of it is raining down the way some of the old timers here said it would.

Today, reading about the Obama/Hillary 16 year plan to destroy America, about the “missing” FBI emails, about the tactics of the Deep State, about texts uncovered by two US congressmen that threatened the POTUS....

I just want to encourage you to keep it up, no matter the trolls and naysayers and the ignorant and the sleepers. Shout the truth from the rafters and avoid arguing with those who don’t yet see it or cannot yet understand.

This site, way before so many caught on, educated and prepared thousands and thousands of people for what is happening and unraveling now.

Don’t stop! The truth prevails and all of you, who sought and entertained the truth, most continue on.

Because for every sleeper, there is someone who comes here and learns the truth.

This is your shining moment ATS. Your steady hand holds that truth and you must continue to do so. Keep shining that bright light and don’t be discouraged by those who come here to cast shadows.

This is not between Democrats and Republicans or black versus white or Christian versus Muslim. This is between the dark and the light.

We tell the truth because it’s important that we do so.

Perhaps you will never fully realize how valuable your role has been.

And bless the United States of America.

Ignore those who cannot or do not understand.

Educate those who are ready now to see the truth. That’s all that matters.

s & f for hitting some important recent developments and for encouraging our investigative ATSers to keep digging. Thanks for making this thread

Not in the world, though it's just as awesome there, but in this thread! You have many, many hours of fun ahead. Just hang on! You'll see what I mean. Insanity. There are some folks here who can have a VIOLENT reaction to anything that even resembles insight. Just wait, THERE'S MORE!

(Sorry, can any of you show me how to type with an Australian accent??)


So many don't see it... but that's ok because enough of us do see it!

Just like so many are blinded by money or power (i.e., those corrupt bastards in the FBI/CIA and previous administrations)...but there are enough patriots throughout those same agencies and administrations who allow the truth to shine through. It might take years but late is better than never.

Light up the darkness!!!

No, thank YOU for holding the light when so many still can’t find their way to the truth.

Lots of us are ten years ahead of the sleepers, but everyday, more and more people are seeing the truth.

We knew Obama was a Manchurian candidate the day we first saw him, for example. There are still people here who are incredibly astute and ahead of the curve in every way.

If you love someone you will share the truth with them about things that matter regardless if it's politically correct or not.

What would the world be like if everyone who had ever lived remained silent out of fear?

"History will have to record that the greatest tragedy of this period of social transition was not the strident clamor of the bad people, but the appalling silence of the good people" ~ Martin Luther King, Jr. 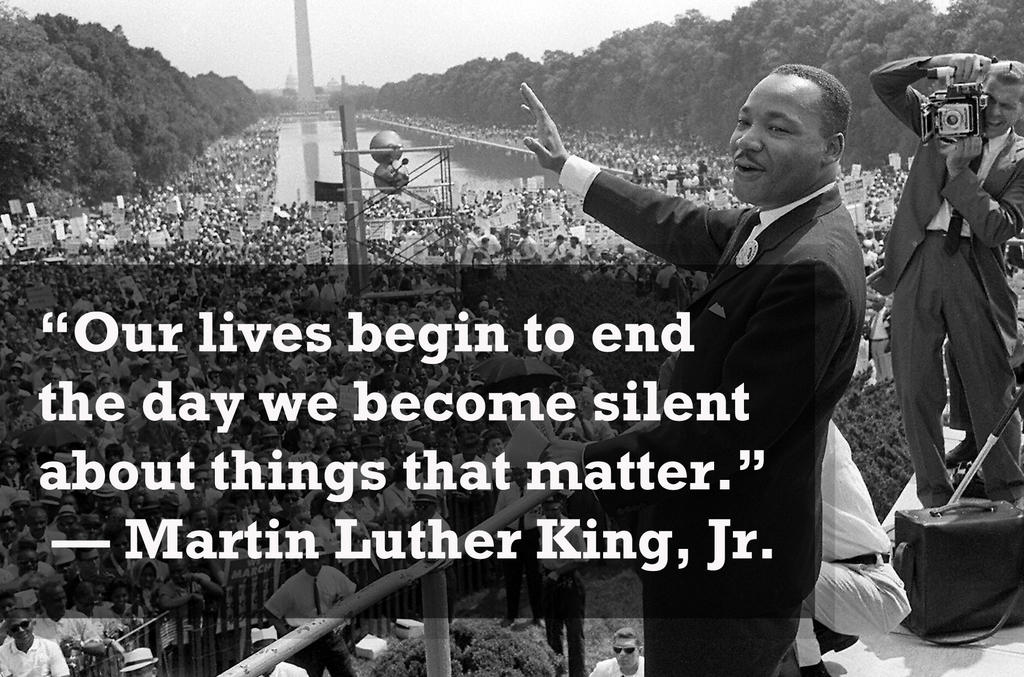 3NL1GHT3N3D1
+6 more
posted on Jan, 23 2018 @ 01:50 PM
link
I hate to say it but all this circus happening out in the open is just the very surface and a lot of the stuff discussed on these boards nowadays is only ankle deep. How do I know this? Because the narrative is being provided to us and facilitated by the media. While we argue over what happens on the surface, those below the surface continue to rob us blind.

Mueller, Trump, Clinton, etc. are nothing but actors playing their parts in a drama series scripted by those who are really in power, the ones we DON'T hear about in the media. Almost everything being discussed in the media is fluff to keep us preoccupied and distracted. While the parts on the outside seem to be moving around and changing, the internal parts continue to stay the same. We seem to be focused on the outer parts here on ATS.

underwerks
+9 more
posted on Jan, 23 2018 @ 01:51 PM
link
I don't get how following government approved conspiracy theories is fighting the system.

If the conspiracy theories only implicate one side of the political system, then that should say it all. At least to those with their eyes open.

I remember first coming here, the general mentality was fantastic.

I walked away initially realizing that anyone who wants power is not to be trusted, that's still my rule of thumb.

I think there is some truth to what you’re saying.

But I choose to focus on the people of this country, and indeed the world, who are slowly waking up.

If we can educate them on just the basics, it’s enough to give them the idea that reality is not what it appears to be.

We may only be seeing the tip of the iceberg. You’re right about that. But at least we see it and can try to steer the ship the other way.

We the people are the new media, the only media that matters.


Oh, you are right about that!

We truly are the only journalists that matter.

We are living in the most exciting of times, utilizing global access to the internet and the brilliance of a few white hats point people in the right direction, people are finally in a position to wake up to the reality that surrounds them.

The elite few have conspired against the entire human population, evidenced by the horrific state of world affairs.

Every day the 100th monkey experiment is validated and this is before the actual flood of information begins!!!

You claim it isn't about democrats or republicans, then proceed to lay everything squarely on the democrats behind an accusation of being part of some vague nebulous plot to take over the world.

I think your motivation is pretty clear. It is clearly partisan to you. And you're trying to frame it as non-partisan to draw in more centrist posters.

The people that actually have their eyes open, see right through this.

Someone should have told you the red pill is a sleeping pill.

The tip of the iceberg we're seeing is the one they've provided to us. Little do we know there's another iceberg sneaking up on us that we're not paying attention to.

Oh, I beg to differ.

The Bush family? I don’t know how they sleep at night. The Rhinos in Washington? All part of the same team.

There is no two party system at this point. Only the illusion of one.

Instead of protecting a political party, protect your fellow man.

We need each other.

Be willing to see the truth, no matter how many myths it destroys in your perception of reality.
edit on 23-1-2018 by MRuss because: (no reason given)

No worries, those on the left don't get to me with their distractions and deflections.

The left has lost, they are but a small minority of very vocal members screaming at the sky.