posted on Jan, 23 2018 @ 12:04 AM
link
a reply to: Nyiah
We bought the Whirlpool Cabrio Washer and Dr yer when we moved into this house two years ago. Actually first I only bought the washer, because my pops gave us a used old dryer that was working. Plus Best Buy was not giving any bundle price or discount for buying them both at the same time, so I figured I'll just buy the match when the dryer craps out. The following year it crapped out, we went back to Best buy and bought the matching dryer.

I must say, they are the easiest laundry appliances I ever used, even the older kids does him and his bro's laundry from time to time because the touch screen makes things easy. No need to determine the load size, the appliance has sensors that does it for us. The dryer even has a sensors to determine when stuff is dry enough. Timed dry is an option, but we just let the dryer figure it out.

Easiest and quietest machines we have had. Very low energy usage as well. I considered buying the Samsung or LG models, but they cost more for the touch screen versions, and were not made in America. 26 months in for the washer, 13 months on the dryer. No issues what so ever. We got the 5 year service plans from Best Buy on both of them obviously. The washer has its own cycle for cleaning itself, which we use every other month or so as the manual suggests to keep it in good order.

Never been more satisfied with a pair of appliances.
With five young kids we do laundry quite frequently. Our clothes always come out nice and clean. I use pods and always use the pre-soak setting.

posted on Jan, 23 2018 @ 01:58 AM
link
I think some manufactures were given advance notice of this new tariff. Whirlpool is headquartered in the United States, but announced 2 weeks ago that it was relocating a wash machine assembly plant back to the USA, from Mexico. Probably to avoid being slapped with the import tariff.

posted on Jan, 23 2018 @ 02:14 AM
link
a reply to: carewemust
They have nine plants in USA, and five in Mexico. Perhaps one of the shuttered plants was for a specific brand of appliance in that market?

Remember they are a global company that manufactures on most continents for many markets. Either way, this helps domestic production compete against subsidized foreign production, which tend to dump mass produced cheaper quality to our own markets. Let them keep that crap over there.

But this is an understandable move - he's actually doing america a favour.

Why import something valuable when you can produce on your own yard. If USA kept importing solar panels it would fall behind in important technology and become self reliant on foreign market leaders. In the event of a #storm USA use their home made solar panels all the while advancing the tech and manufacturing techniques themselves.

Making their infrastructure more self reliant.

Smart.move, he's actually encouraging renewable energy development in USA... not any different from EU taxes on foreign items to promote trade inside the EU.
edit on 23-1-2018 by ISeekTruth101 because: (no reason given)

Since most of the solar panels we use are made in the US that isn't much of a big deal. China makes up 17% of our overall solar market. Most of it is the US and the world's top producer is actually Germany, but since China moved production to the EU and other places in Southeast Asia the targeted efforts to stop China from undercutting US companies was essentially dead. So a tariff on solar panels being imported from anywhere is being imposed.

I bought a set of the Cabrio Platinum about 5 years ago and they are still going strong. No problems at all and still very quiet. The basket sizes are huge and I especially like the dryer, because even with a comforter for a king size bed, it gets dry in one cycle.

please ATS - tell me i was not the only one who thought - why tarriffs on : 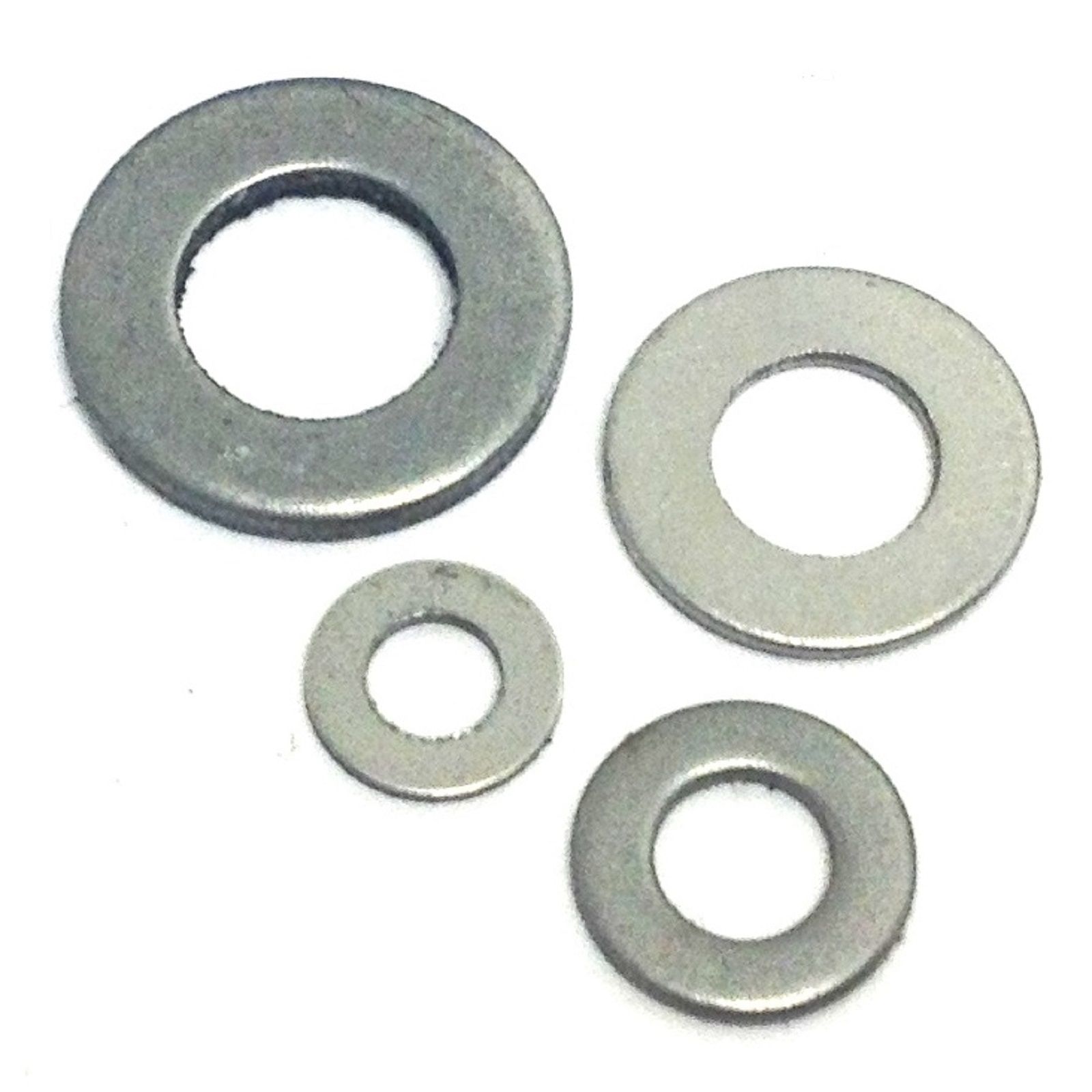 But i return to my first point
edit on 23-1-2018 by sunkuong because: Exports, imports. Wateva. It's just trade

You're not...The mechanic in me freaked out for about 1/16 of a second.

And here we go.

This is pretty blatant market rigging if you ask me. At present, American consumers have the choice between buying reliable components for their solar systems from abroad, or relying on shoddily built variants on the same equipment, from within their own country. Being forced to spend good money on bad equipment, or incur an extra cost, will induce some people not to go solar at all, even if in the long run, it would be better for them financially. It will literally prevent some people making decisions which could have positive impacts on their lives moving forward.

Meanwhile, you have the absurd notion that American equipment of the same sort, will improve in quality, the more people are forced to buy American or do without. The chances of this actually working out this way are slim to none, and even if there is an improvement in American produced solar gear, it will not come on stream quickly enough, or without increases in cost, once again, putting a potentially money saving technology, outside the reach of those who actually NEED that technology in their lives.

And why would any pro-enterprise person want to do that?

If you ask me, one of the reasons that is worth looking into, has to do largely with Trumps bizarre insistence on renewing the coal industry, despite the fact that using fossil products to produce power is about as forward thinking as a stone club. If he makes it more difficult for people who want solar panels, to buy effective equipment, this will have a reduction effect on the number of people defying the power of the energy barons, and increase the amount of reliance on old world power production methods, or at least stem the flow of people away from outmoded power production methods, to things like solar.

These moves simply cannot be justifiable in this period of human history. Every tonne of coal that remains below ground, every single second that someone is NOT using grid derived energy, accepting either the lie of safe nuclear power, or the outrageous swindle that is choking the atmosphere with coal dust in exchange for the ability to run their homes, is a POSITIVE for the people living now, AND the people of the future. Restarting a defunct coal industry on the back of taxing the hell out of ANY method of renewable energy collection, regardless of where its components are made, is not justifiable for ANY reason, leave alone either the stated reasons, or the ones which more likely informed Trumps decision making on this matter.


Why import something valuable when you can produce on your own yard. If USA kept importing solar panels it would fall behind in important technology and become self reliant on foreign market leaders. In the event of a #storm USA use their home made solar panels all the while advancing the tech and manufacturing techniques themselves.

That is two super relevant and often overlooked factors.

2)
If you rely on others to manufacture stuff for you, you stop inventing and innovating in that field, and eventually you fall so much behind, that even if you had the skilled workers you needed, you would not have the technology.

Trying to get the public to buy AMERICAN. American renewable energy companies need to be encouraged to make better products.

However I do not approve of shoehorning US consumers to buy low quality garbage instead of buying what is effective even if it unfortunately made in CommieChina.

posted on Jan, 23 2018 @ 07:29 AM
link
Just one questing Is this something Trump him self helped push through ?
If so then I finly can say this guy is becoming the best we have had from Regon .
Ps i also think Clinton did ok as well wile she may be carp now when she arn the white house then she did good .
( o you dont think bill ran it do you ? he was bussie getting his tuba polished lol

originally posted by: seasonal
Washers, good. Want to sell'em here make'em here. I would also like to see the same for fridges/stoves.

posted on Jan, 23 2018 @ 10:51 AM
link
a reply to: AugustusMasonicus
my brand new Whirlpool washer and dryer were about $400 a piece. Thats not bad at all. The comparable LG and Samsungs were about $100 more before the tariffs.
Domestic fabricators are getting more sensible in their pricing.


originally posted by: seasonal
Washers, good. Want to sell'em here make'em here. I would also like to see the same for fridges/stoves.

I think the real question is how much should we be paying for 3rd world labor to build these. The cost of foreign made is the same if not more than domestic.

originally posted by: seasonal
The cost of foreign made is the same if not more than domestic.

If that were actually true then it wouldn't be made overseas.

How does it 'work out' where domestic appliance manufacturing costs are lower than those in say China?

posted on Jan, 23 2018 @ 05:54 PM
link
a reply to: AugustusMasonicus
Hey come on man, I know you have seen the appliance sections a Lowes Home Depot or Best Buy. The prices are quite close in fact, sometimes cheaper domestically as I said in my example. The reason they make them overseas is because the profit margin or the company is higher.

Seriously if you have not been recently, check it out. You may be surprised.