Republicans want to release not only the memo, but the intel behind it that shows Fisa abuse

They questioned why Republicans would not release the evidence if it was damning.

Well, as it turns out, republicans are discussing making not only the memo public, but some of the intel that went behind the claims in the memo.

Top House Republicans are considering publicly releasing some of the underlying intelligence behind a memo spearheaded by Rep. Devin Nunes that alleges FBI abuses of surveillance laws.

Nunes, the chairman of the House Intelligence Committee, met with Judiciary Committee Chairman Bob Goodlatte and Oversight Committee Chairman Trey Gowdy while the House was in session during the shutdown this weekend to discuss the prospect of releasing some of the intelligence to support the findings of the classified memo, which was prepared by Nunes and Republican committee staff, multiple Republican lawmakers told CNN.

"It's like any document you put out, it should be referenced, footnoted — it should have the appropriate underlying reference to the material and to the degree that you can, show that material," said Rep. Jim Jordan, an Ohio Republican who has called for the firing of special counsel Robert Mueller and the resignation of Attorney General Jeff Sessions.

"I think the memo is accurate, but I think just because we know what the other side's argument is going to be, you need that," Jordan added

And who doesnt want the memo not only released for members of congress to see, but also doesnt want it or the intel behind it released to the public? thats right, the democrats!

Democrats say the memo's findings are skewed and contain no more than partisan talking points, and they warn that releasing the memo will harm Congress' relationships with the Justice Department and intelligence community.

But Republicans appear to be charging ahead with their plan to publicly release the document and potentially some of the underlying intelligence so long as sources and methods are not disclosed.

Democrats have accused the Republicans on the Intelligence Committee of using a set of talking points to try to discredit the FBI and protect Trump.

"Their only priority is to protect the President and their political fortune, and they're willing to burn down the FBI and anything else if they need to do it," said California Rep. Adam Schiff, the top Democrat on the intelligence panel. "It would be a real betrayal of the intelligence community for partisan political reasons."

well if its just talking points as Schiff says, they he should be all for releasing the intel behind the memmo to the public as the republicans want to do.

But watch schiffs and other democrats fight tooth and nail to keep the public from seeing the proof.

why would that be?

So I assume many of the people that lean toward disliking trump that called for the evidence to be released will be applauding Jordan, Gaetz, and others who want this intel released along with the memo, and condemning the dems that want to keep the public from seeing it.
edit on 22-1-2018 by Grambler because: (no reason given)

The thousands of texts @TGowdySC and I reviewed today revealed manifest bias among top FBI officials against @realDonaldTrump. The texts between Strzok and Page referenced a "secret society."

Maybe they will release some of these texts to the public as well, at least those not deleted by the FBI.

Surely the democrats would have no problem with this, they want transparency and for the people to see the evidence to show that this is all republican lies.


The texts between Strzok and Page referenced a "secret society."

butcherguy
+2 more
posted on Jan, 22 2018 @ 06:51 PM
link
We have been told that the memo is a pack of lies.
I guess the same people will tell us that the underlying intel is false.
But we have the texts between (well.... some of them) Sztrock and his mistress.... were they lying to other?

xuenchen
+6 more
posted on Jan, 22 2018 @ 06:52 PM
link
The statement alone is enough to scare the absolute HELL out of many people who just refused to believe any of these "ideas" were real. 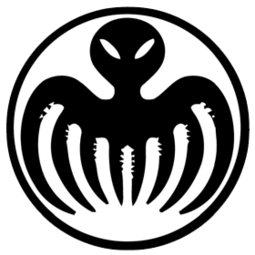 The Nunes memo focuses on the FBI's use of the dossier on Trump and Russia compiled by ex-British intelligence agent Christopher Steele and paid for through Hillary Clinton's presidential campaign and the Democratic National Committee.

The dossier is nothing, but a hit piece created by a FOREIGNER and PAID for by team left.

Now if your using a foreign actor to legitimize SPYING on an American citizen during and election cycle, and dragged Trumps name through the MUDD for an entire year ?

You went ABOVE and BEYOND Nixon.

is this the same adam schiff who also consulted the firm behind the dossier? this would all be hilarious if it werent for the fact these are people in charge of making and upholding laws

posted on Jan, 22 2018 @ 07:20 PM
link
a reply to: Grambler
I have read some concern re: original intel and Trump releasing it could be reason to again accuse Trump of interference in the investigation. If so, I suspect it will be his lawyers ultimate decision since Trump would have to sign off on it.

That said, Americans need our suspicions confirmed with everything available. Rumors and whispers combined with what we already know makes for more rumors and whispers. If that keeps up the rumors will eventually take precedence over the truth and as of now it looks like truth will be worse than rumors.

posted on Jan, 22 2018 @ 07:22 PM
link
The Left wouldn't have voted to block it from being released nor would they be belittling it if it was nothing.

They got CAUGHT red handed.

originally posted by: Perfectenemy
a reply to: Grambler

Exact;y there were left wing members making threads saying they should release the intel behind the memo, and trump should do it on his own.

Myself and others said that if that happened, the democrats would say this was trump tryng to impede the mueller investigation and is obstruct justice.

Now we have Republicans suggesting doing exactly as those left leaning members wanted, by releasing the memo and the intel behind it.

And right on cue, democrats like Schiff say this shouldnt be released because it is an effort to impede the Mueller investigation.

So I am sure if those left leaning members were sincere about wanting to see the intel, they will now be in here criticizing the democrats and joining in with the calls of these republicans that want it released.

they should be here any minute now....


And right on cue, democrats like Schiff say this shouldnt be released because it is an effort to impede the Mueller investigation.

But Feinstein and the release of the Simpson testimony didn't !!!

Always trying to have it both ways the corruptocrats.

Release away, but if it's full of BS, which I have read it is, they better be able to back it up.

This also doesn't mean trump is clear. He is corrupt, as are the people he worked with, and still does, with some. 3 indictments and counting, I am sure