posted on Jan, 20 2018 @ 04:20 AM
link
Rush.....back in the day I had a buddy that lived and breathed Rush. He played bass and in his mind Getty Lee was one step below God. I played guitar and in my mind it didnt get any better than LedZep..... I really didnt care for Rush much at all except for a handful of tunes. Him and I had many..... discussions, over this.

Moving Pictures came out and he was so adamant that I went to see them live that he bought my ticket, drove and all I had to do was provide some party-ables.

The whole time my mind was kinda.... Meh, Its something to do anyways... so I was just gonna make the best of it and have some fun.

Another one of my favorites. They were years ahead of their time and their music is still pertinent today.

Yeah they were years ahead, Icons of Rock.

posted on Jan, 20 2018 @ 08:08 AM
link
Moving Pictures to me is an unparalleled 1st place. That album DEFINED my 10th grade year, and I still listen to it every 2 or 3 weeks. I also think Neil was all-around the finest drummer of all time, a consummate gentleman, an unparalleled tune-smith, and probably one of the shyest musicians of all time, not to mention his IQ, which is rumored to be WELL north of the Mensa line.

Geddy's vocal and bass chops are, well, transcendent would be a fitting description. I play bass, guitar, and keyboard, and started playing in bands around 1977 or so, and still do when the opportunity comes about. I can tell you from my personal experience that if he only sang lead, or only played bass, his talent and skill level on either one would put him at the top of the pyramid, but doing both simultaneously at the skill level he plays?

Fuggetaboutit. At least for us mortals.

Even playing rhythm guitar and singing at the same time can be difficult if you don't do it on a regular basis, but playing bass at his skill level while singing lead (and I've attempted it before, and mostly failed) is much more comparable to playing a complex LEAD guitar break and trying to sing at the same time. It's not out of the realm of possibility, but there's a reason why almost no one does it. It's just on a level that is out of reach for most musicians, including me.

I think Alex plays guitar on a comparable level to Neil and Geddy, but HE doesn't stack lead vocals on top of it.

But what really puts them in the stratosphere, especially performing live, is how they com together as a cohesive unit. We've all seen live shows by bands we love, for the first time, and on occasion left the show disappointed. Some bands can cut great studio recordings, but can't play live for squat. Not these guys. Rush's live shows consistently come off sounding BETTER than their studio efforts. That's pretty rare, even among great bands.

Listen to "La Villa Strangiato" on the "Hemispheres" studio album, then the 1979 live Pink Pop version (it's on youtube), and finally the live version from the "Time Machine" tour, and see if you don't agree.

And if you haven't seen the "Beyond the Lighted Stage" documentary, just stop, drop everything, and watch it now. It's THAT good.

I guess it's pretty obvious that I'm a YUUUUGE fan, thus the verbosity level increase when the opportunity for discussion presents itself.

For reasons that seem strangely unexplainable, I've never actually noticed that ATS has a music forum, so I'll check it out, and maybe see y'all there.

Oh, and one more thing. If I can lay my hands on them, I have several bootleg recordings of live Rush shows on cassette tape. I don't have any Idea how old some of you guys are, but collecting bootleg live shows was a fairly popular hobby, at least among the more hardcore (some would called obsessed) fans and musicians during the 70s and 80s. It's been many years since I've listened to them, but if my memories are accurate, at least some of them were of decent quality.

Is that something y'all would be interested in hearing? On the outside chance I could find them and make a decent rip? If so, let me know, and I can try to email you a copy when and if I find them. 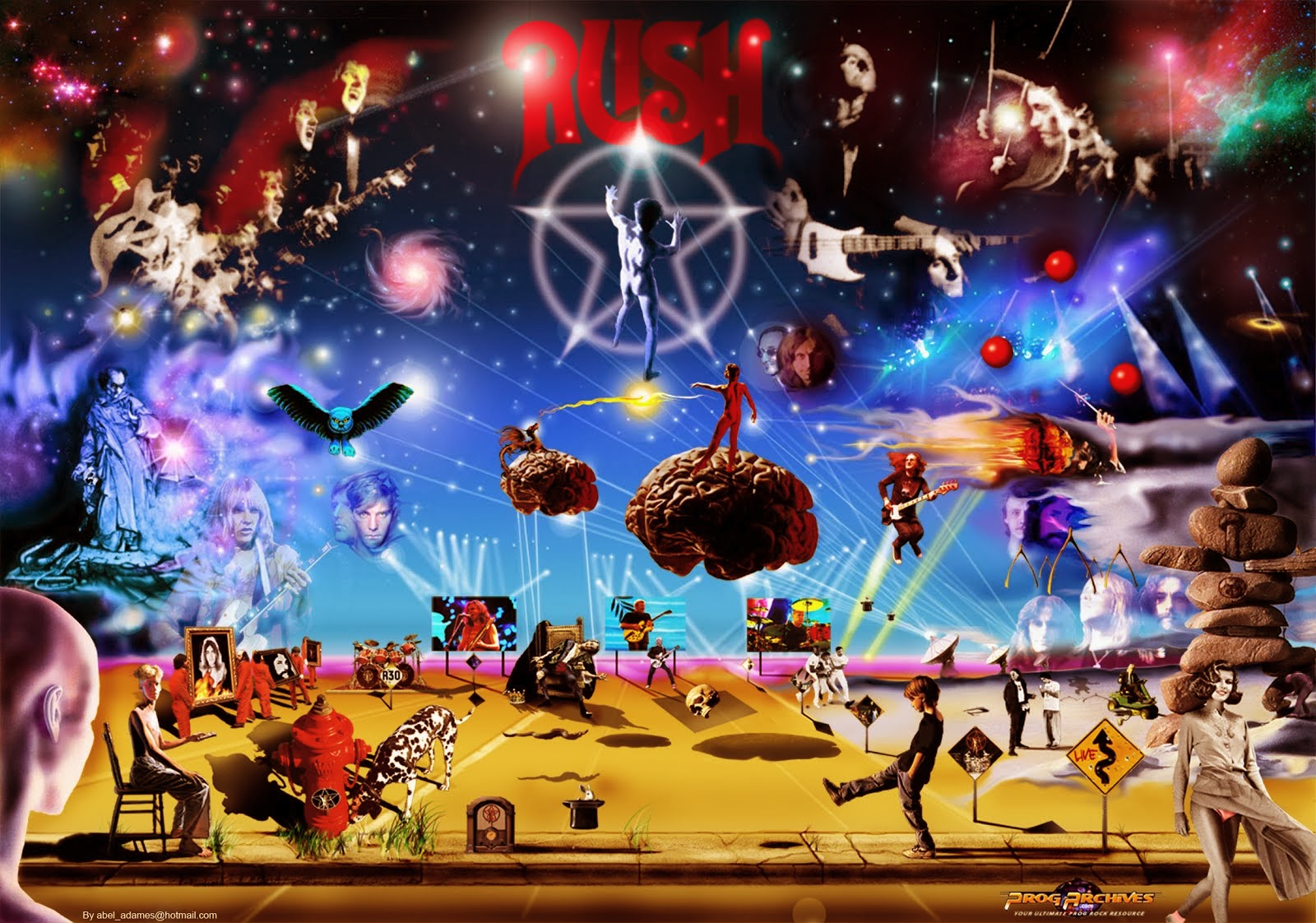 That's about right. Mommy finally let me go to concerts with my friends in Jr. High. That was around Power Windows. And I've been seeing them in concert ever since up to probably 5-6 years ago it seems. I was certain the band was going to disband after Neil Pearts family crisis. First his duaghter and then his wife, i was certain he'd quit. Considering he writes most if not all the lyrics.

But he and the band has returned.
Ahhh here..


In his book Ghost Rider: Travels on the Healing Road, Peart writes that he told his bandmates at Selena's funeral, "consider me retired."[22]Peart took a long sabbatical to mourn and reflect, and travelled extensively throughout North and Central America on his motorcycle, covering 88,000 km (55,000 mi). After his journey, Peart decided to return to the band. Peart wrote the book as a chronicle of his geographical and emotional journey.


But he married and had a baby girl. But now due to his shoulder, tendonitis and just up there in age. He and the band are done. And left an amazing set of music that will be appreciated for a millennia.

originally posted by: Tarzan the apeman.
a reply to: BotheLumberJack

Agreed, they're the Best of the Best