The Democrats should all be voted out of office...oh wait, that already happened in 2016.

posted on Jan, 19 2018 @ 11:51 PM
link
What's really stupid is why did the Republicans set the rules at the beginning of the session to give so much power to the minority party?

What is childish, and will undoubtedly cost (D) in the upcoming midterms, is their childish behavior in reaction to Trump being elected. Democrats are literally opposing a bill that they don't oppose, because Trump.

posted on Jan, 20 2018 @ 12:00 AM
link
They want to believe, their beliefs are not founded in reality. I can't cut down the Democrats, I mostly vote for Democrats. But not anymore for president, not after all the crap going on in DC lately.

originally posted by: toysforadults
Even this guy realizes that Democrat's intentionally have high rates of poverty in the areas they serve in order to maintain a strong voter base.

Go to any Democrat stronghold and you can witness these politics happening live.

It's called "Plantation Politics". Cities as modern plantations instead of cotton fields; everyone in them slaves. The DEM are good at a witting sort of craftiness about it, in terms of voter base / electioneering, but the bigger picture is that all cities -that civilization itself- can be viewed as such with our elite masters up in the ivory towers. In this perspective partisan concepts are more towards irrelevant aside from partisansnip ibeing how they keep us divided and diverted from wising up to and resisting their BS.
edit on 20-1-2018 by IgnoranceIsntBlisss because: (no reason given)

posted on Jan, 20 2018 @ 12:55 AM
link
I am scrolling through the random trumpshutdown posts on twitter. It's unbelievable. People on both sides deny and deflect but what is really sad is that a lot people actually believe the nonsense that the democrats are throwing at them.

i live in california so i tend to have alot of conversations with self proclaimed liberals. the thing ive come to recognize with a good many of them including my family members is that they are perfectly willing to give a free pass for incompetence, iffy behavior, evidence that such policies have failed, etc because they believe the people on the left are somehow guided by some morally superior and intellectual ethos even if all the evidence points to it being the complete opposite. for many the means justify the end even if that end is still no where in sight. 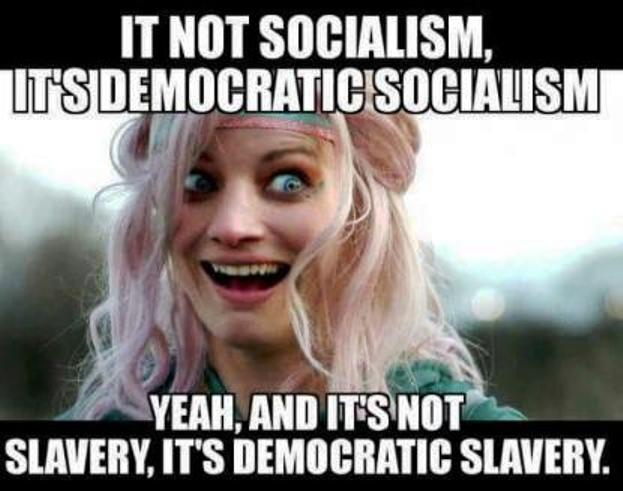 originally posted by: 3NL1GHT3N3D1
About as dumb as the Republican party. Two wings of the same bird.

posted on Jan, 20 2018 @ 01:31 AM
link
The sad thing is, a lot of them seem to still be operating under the unlikely assumption that there is still some way out of this, because that's the way it's always been. Unfortunately for them, the game has changed, the cards are on the table, and they don't seem to have a very strong hand this time. Hell, they may even discover that they've been playing the wrong game all along.

Thinking hypothetically, say this turns out to be as catastrophic as some of us believe it could be, and then take that to it's probable logical conclusion.

Even as nothing more than a mental exercise, what does the USA, hell, even the world, look like if the Democratic party no longer exists?

I have no idea. Does anyone? Which direction even qualifies as forward after that?

I'd have to look to find out for sure, but off the top of my head, the last time that question was even relevant was what? 1856? 1860? In that instance it was the Republican party that was the new kid on the block. I know that great and terrible things followed soon after, but that seems mostly (completely?) incidental, because the main foundations of the Civil War had been in the process of being poured for LONG before then.

I'm not suggesting that the end of the Democratic party is likely, probable, or even possible, but the question is still valid. I don't know for sure if it's actually being asked, but I'm pretty damn sure I'm not the only one who is thinking it.

I just think it's a question that could bear some scrutiny. Even as nothing more than a thought exercise.

So there it is. Discuss.

While I agree they are pretty much 2 sides of the same coin for effectiveness at running the country..

The republicans are very good at playing politics, democrats not so much by insisting daca be front in center to pass a spending bill they just handed every republican whos seat is at risk an easy attack bullet.

As we saw in the last election putting American citizens first plays well at the ballot box.

Surely you meant bamboozle the American public into believing they come first... Right?

originally posted by: MysticPearl
The Dem party has been hijacked by lunatic extremists.


originally posted by: MysticPearl
The Dem party has been hijacked by lunatic extremists.


That's just how you translate what they are doing, they are looking to get as much back into the system as possible, if that involves bringing Mexican people in so be it, more people = more taxes.

Hopefully one day some of you will look at the bigger picture which is the government don't care about you they care about continuation of government.
edit on 20-1-2018 by hopenotfeariswhatweneed because: (no reason given)

Dysfunctionally stupid. They're waiting for Trump to be impeached and expecting to lead the country as a result. A year in and no impeachment in sight. Plan B is needed.

They're stupid enough to not have a candidate anyone likes. They don't have a leader. They're not promoting any policies. They haven't even acknowledged that 40% of the country vehemently want smaller government! What have they learned about the nations's voters?

Same goes for the GOP. Who have they got if the Trump ship hits an iceberg?

Nobody seems to be looking past Trump in a realistic way.

Wait I thought it was Oprah's turn?!?

After Trump, the doors are open and any celeb can be leader.


Potato potato... that is playing politics.

It doesn't matter if it is the truth or not the democrats suck at getting a message that will resonate with the majority of the voters across to the people.

Republicans can manage to do so..

Now yes where the rubber meets the road both parties disapear rather than do something meanigful.