The formula is really simple.

First and foremost is money!! Green backs. As many as you can earn, as quickly as you can. In the day, we called it 'F**k Y** money'.

When you had enough,you could tell your boss, your banker, your in-laws, even family members, if so inclined, to go blank yourselves! Retire, do want you've always wanted to do but couldn't. They were called 'Yuppies'.

Political inclinations are irrelevant. All one has to do is look at the Washington, D.C. crowd to those mechanics in play, as we speak. The "FU' is directed to us, we the people. Both parties, all the senior bureaucrats with their triple digit salaries and guaranteed, fat pensions.

It doesn't matter if it's a raw capitalist environment, a largely socialist one or even an outright communist one. Got the money? Your laughing. You now have financial freedom of choice. EARNED.

Never has there been more opportunity than we have now to make your money! You have the option of high-tech/capitalist/traditional money games and these days one has the option of the counter-culture options. Environmental, social justice warriors, immigration. An almost endless and growing number of fields especially when the social media continues to grow. Become the scientist, or the activist, the community organizer...for either side.

All have members making big bucks! Both sides. That's the brilliance of the system. All have the opportunity to flourish...if you plan and follow through.


“Intelligence is the door to freedom and alert attention is the mother of intelligence.”


All have the opportunity to flourish...if you plan and follow through.

This requires too much work and forethought for the average person. Most people don't have the discipline to follow a plan and stick to it, nor do they have the ability to think more than one or two moves to even make a plan for success.

posted on Jan, 19 2018 @ 08:02 PM
link
Just out of curiosity, what makes you think millennials are devoid of the concepts of working for a living or creating their own success?

Yuh kinda left out morality...but I get ya!

It's not so much that they're devoid of it, but they have a very different idea of what work actually is.

I work in an office with a lot of under 30 employees. They spend a lot of time on their phones. Most come in around 10 minutes after they're supposed to be there. When they aren't on their phones, they're talking with each other about stupid stuff, and they aren't even necessarily sitting at their desks.

just out of curiosity also, how many millennials do you think there are on this board to listen to your wisdom? 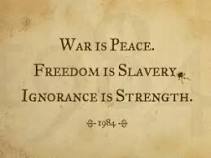 My God, how is your job still in business? If it's really that bad then I'd suppose you'd be out of a job by now. If they can do all that plus keep the place in business then I guess it must not be that hard of job.

I work with a few and have worked with many over the years. I've found there to be lazy types in all age demographics.

When I worked in a managerial role, the only difference I noticed was the creativeness of the excuses!

I don't really care who listens to me, most of the time, I'm happy just to have a little conversation.

I can count at least one who thinks my words are wisdom however.......

However, IMO, you have rather empty outlook on life devoid of personal purpose if the highlight of it is only money. Just my 2 cents (here, you can have them, too)

It's fun to pick on millennial though, why not project the worst qualities of some of them (that are present in all generations) onto all of them?

We have yet to have any millennial presidents so you can't blame our crappy and corrupt government on them, at least not yet. So I guess all generations have their bad apples.


Indeed we are. Therefore, if one can blame piss-poor millennial parenting for the current crop of "awful" children/teens, it is both astute and fair to point the finger at the people that taught them that s#y parenting in the first place.

Own it, Boomers, time to admit your generation wasn't full of flawless experts like you try to bamboozle people with. Crappy millennials didn't just spring forth from the oblivion like that, Boomer's raised 'em. As the saying goes, "Apples don't fall far from the tree."

That was exactly my point and as a millennial myself I take offense to being broad brushed into a group I don't belong to simply because I'm part of the same generation. It's stupid.

You may enjoy this thread.

Don't let them own too much of it, then the cycle of kicking off self responsibility come back.

There is a deeper conversation here.