Fox host: You can’t blame Dems for shutdown when “you’re in charge of everything”

But on Thursday, Shepard Smith, who has been notable for debunking the Trump camp’s fake talking points, cast a light on the GOP’s cowardly strategy of passing the buck for an impending shutdown.

It's been a year gone with a GOP majority Congress and a Republican administration - Trump, in the Whitehouse. What ground have we made? Well there's those nifty Tax cuts for the wealthy elite and corporations. They achieved that. There doesn't appear to be much else so? And now we're facing another potential shut down. It seems Republicans can't escape a history of shutting down government. 2013 was the last recorded event when the GOP shut down their majority held congress. Before that, 1995 and 1996 again with a GOP majority held congress. 1990 can go to the Dems under H Bush.

With all the above said, Dems are taking part in the shut down due to disagreements. But this is normal, for two different parties not seeing eye to eye. Still it's not a good look for a party and administration holding such control over DC already. They can't seem to get much of anything moving.

Is this what MAGA looks like? A deal maker and leader can't made deals and lead his party? He was elected for this wasn't he?

originally posted by: nwtrucker
a reply to: Southern Guardian

Well it's reporting on politics...so it's in the same genre.

Oh but they are, just check out the Flagged section for full conservative denial and projection.

When the Republicans shut down the gov't during the Obama days these same people cheered it on while blaming Democrats. Their hypocrisy and willful ignorance will never stop, ever.
edit on 19-1-2018 by Swills because: (no reason given)

posted on Jan, 19 2018 @ 04:53 PM
link
i agree and i want revenge on disney world fo putting a trump animatronic in the hall of presidents not letting me have 90s spectromagic parade spectromen and trumpeteer photos and masks and the timekeeper animatronc


Oh no..not Shepherd Smith again. Do an ATS search on this guy and you'll never use his words again, unless it's April Fools Day, LOL.

And? I'm not particulary fond of Fox either. This is pure BS. Dems think the lives of illegal aliens are more important than the military. If they love the dreamers so much they should live with them in their home countries. Oops i forgot they don't want to live there weird since they are not supposed to be sh!tholes.
edit on 19-1-2018 by Perfectenemy because: (no reason given)

Having a simple majority used to equal being "in charge," but in this current era of nothing which can be fillibustered not being fillibustered, neither party is actually "in charge" unless they have a supermajority. Very sad to see that happen. Amazingly, while we've gone from a majority meaning something to only the supermajority meaning anything, we've also managed to go in the opposite direction where actual congressional actions are concerned... with everything being negotiated between 3 or 4 Democrat "leaders" sequestered with 3 or 4 Republican "leaders", usually embracing some catchy nickname like "the Gang of 8" and then demanding their party members adopt whatever resolution comes out of those undemocratic sequestrations.

Ultimately, each American can blame whoever or whatever they individually wish to blame if the government shuts down. Personally, I'll credit the GOP for giving us a brief amount of peace and quiet if a shutdown occurs and I'll keep my fingers crossed that it lasts as long as possible. Who knows, perhaps Americans would see that the world won't end, the apocalypse won't begin, and the economy won't even blink and more of the voters will open their eyes to just how bloated and needless much of the federal government really is?

Been saying it for years, 2 party system my ass! GOP doesn't control everything. They present themselves as one but are in fact many different factions.

More PR nonsense shoveled to the American people. Burn the place down and start new.
edit on 19-1-2018 by Antipathy17 because: (no reason given)

I'm amazed he's not already started predicting the death of every American, their children, their pets, hell even claiming this
shutodwn will resurrect their ancestors only to strike them dead again in front of the eyes of their loved ones. The man is a hyperbolic ass, but I'm definitely not surprised to see his message resonates with you, SG.

Who are we left with carewemust? Who do you approve for our source of information?

Your kind of news? 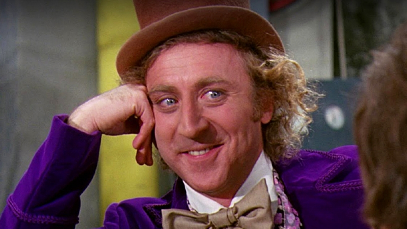 posted on Jan, 19 2018 @ 05:04 PM
link
The gop is the party of its always everybody else fault that we are so terrible, its good to see there fans think the same way.

The 10% not wholly owned and controlled by only 6 multinational corporations would be an excellent start... (Here's a hint, each one you just listed is parented by one of those big, nasty megacorps,)

I know the Dems hold the Dreamers hostage that's all there is to know really. This has nothing to do with the budget. Seriously those dreamers had years to become legal citizens so what is holding them back? Quit using stupid excuses and acknowledge that the legal way is the only way to enter a country. F#ck your feelings. All this whining and moaning meanwhile all the american homeless in your country wonder what the hell is going on. Never lecture me again.
edit on 19-1-2018 by Perfectenemy because: (no reason given)

originally posted by: dukeofjive696969
The gop is the party of its always everybody else fault that we are so terrible, its good to see there fans think the same way.

Challenge: Show me even one instance of a major Democrat leader accepting blame or responsibility for something the Dems did. I'll wait.

posted on Jan, 19 2018 @ 05:11 PM
link
Republicans have a 51-49 majority in the Senate, but with Senator John McCain undergoing cancer treatment at home in Arizona they need at least 10 Democrats to reach the 60 votes required to pass a spending bill.

Ooohhh, such angst against people who want to be citizens who are also tax paying and law abiding. F my feelings? You’re the one whose post is chock full of feelings. That said, I wish them all the best but my feelings aren’t hung up on them. But, don’t worry about the military, they’ll be fine. You are worried about sailors, airmen, marines, and soldiers, oh yeah the Coast Guard too, you’re worried about them getting a paycheck right? What exactly about the military has you so up in arms?

Also, where do you go for your news?