I would like him to do it though in all fairness.
edit on 19-1-2018 by Middleoftheroad because: (no reason given)

posted on Jan, 19 2018 @ 03:52 PM
link
Its currently an ace in negotiations prediction no shutdown no memo,shutdown maybe

Maybe another thread, either way I'm all for #releasethememo

posted on Jan, 19 2018 @ 03:57 PM
link
I am with you that I would like to see the actual material presented to the fisa court, both in the successful attempt to get a warrant on Page and the unsuccessfull attempt before that.

1. If trump released these, I think peiple would go nuts and say it is another example of him obstructing justice.

2. Curious that like you and me, the oversight committees wanted to see that same material but was stonewalled by the fbi for months, until they had to be threatened with being found in contempt. What were they trying to hide.

SO until we can see that material, this memo that apparently names people is the next best thing.

All the talk about Trump being an evil dictator and here someone is. . . complaining because Trump isn't acting like a dictator.


You can't make this stuff up!

Here's an idea - release the FISA warrant and the memo at the same time - gives us more juice for the tank...

...and to everyone else a bit hesitant over all this kerfuffle.... 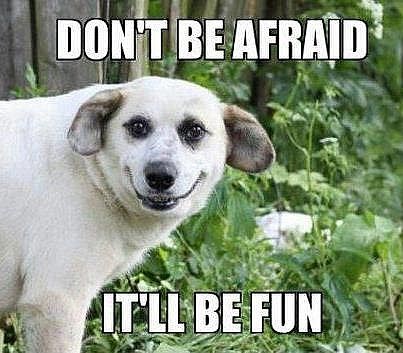 RELEASE THE ACTUAL FISA WARRANT, NOT SOME MEMO FROM DEVIN NUNES...


All Caps ???? I can still read lower case as well . But thanks for considering others that cannot....
And , perhaps it is closely linked to an investigation ?
Maybe ?

the action of investigating something or someone; formal or systematic examination or research

Yeah i got nothing more to add. This is hilarious. Oh wait i do. 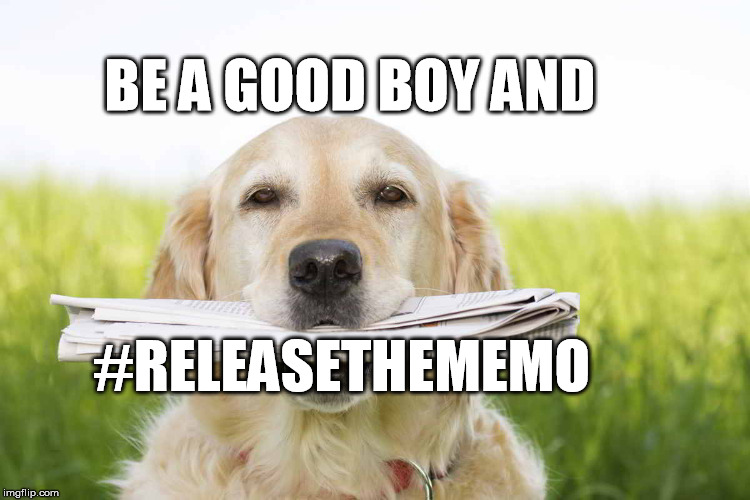 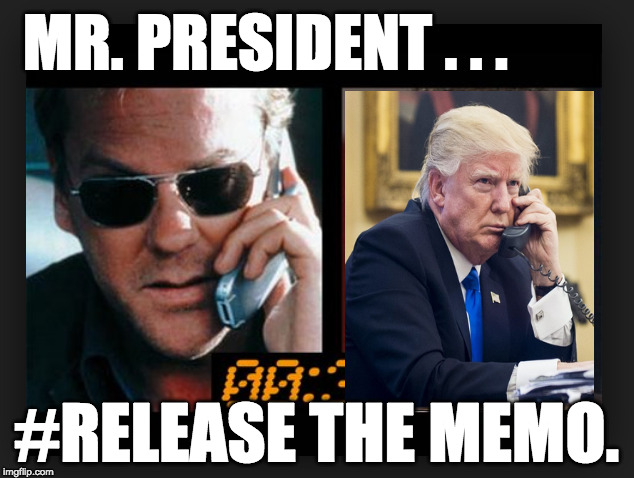 Mate, I like that Jim Jordan bloke - he's as sharp as a tack, I'm not surprised he suggests it may ALL be released - warts n all.

I'm going to have to get more beer today.

He could, but why would he need to do that? If the memo implicates any republicans *caugh*McCain*caugh*, then it would better serve the President for the republicans to get their hands dirty cleaning their own house, if they wanna get on board the MAGA/swamp draining agenda.

Getting Nervous are we?

Last week everybody said this was all BS

Oh, so we're just copying and pasting posts these days.
Your OP first as a post
Like a 'who can scream loudest' contest..., ok!! I guess I'll quote myself too!

DJ Trump simply likes to string the left out in a dramatic fashion. He enjoys the flavor of their tears.

Here... listen to this whole video to understand what I mean and get back to me with some understanding!


Something tells me you haven't listened to the whole 10 hours of dramatic music yet, as I previously instructed. Tisk tisk! 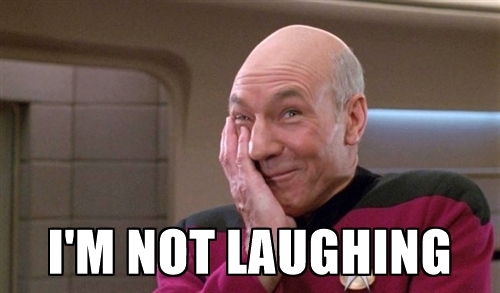 No, from what I can see today, nobody seems all that nervous. The way this is shaping up is pretty much how I guessed it might last night except I really expected the memo to be leaked by now.

The Left in general, Democrats in particular, don't trust Nunes. It seems like the primary focus of Nunes for a year or more has been to be Trump's chief water carrier and do everything he could to disrupt the Russian investigations.

The congressmen who came out to hype the memo last are the usual suspects (Gaetz, DeSantis, King, Jordan). What other Republicans have made comments have made comments that are more subdued. Meanwhile, you've got Schiff and a few other sources from the other side who are saying that it's a hatchet job by Nunes in which he makes exaggerated claims, factual errors and omits relevant details.

So now there's a rising sentiment that we should just skip past the Nunes memo, seen as an effort to completely control the flow of information so he can advance his pet narrative and go to the straight to the hard evidence.

That's unlikely to happen though. So what's that leave? Possibly an independent counsel to investigate the matter.