Since then, there have been a flurry of developments about the Stormy affair (get it? Flurry, Stormy? Never mind!)

First off, there was Cohen and the "vehement denial" of the affair on behalf of Donny. Then there was the release of a letter authored on Jan 10th supposedly from Daniels, released through Cohen, denying the affair. Then it turned out that lots of people actually had been working on stories about the affair, including Fox News, who sat on the story:

One of the network's reporters, Diana Falzone, had filed a story in October 2016 about an alleged sexual relationship between Clifford and Trump, people familiar with the matter said.

Falzone had an on-the-record statement from Clifford's manager at the time, Gina Rodriguez, confirming that her client had engaged in a sexual relationship with Trump, three of these people said, and Falzone had even seen emails about a settlement.

It also turned out that Stormy Daniels (real name Stephanie Clifford) had spoken to a writer at Slate about the affair but had wanted money for her story — and Slate doesn't pay sources. According to the writer, she also mentioned the payoff. Long story short, without her cooperation and independent corroboration, that story got shelved too.

Then there's the 2011 interview in In Touch magazine in which Stormy Daniels admits to the affair. She also apparently took and passed a polygraph at the time. (Who knows) Now that we're somewhat up to speed, here's are a few of the most funny bits to come out in the last two days.

Evans relayed that when she later asked Daniels how the night went, she’d said, “‘Well, picture this. Donald Trump chasing me around the bedroom in his tighty whities’ isn’t something that you ever forget.’”

If you're having trouble picturing that, here ya go: 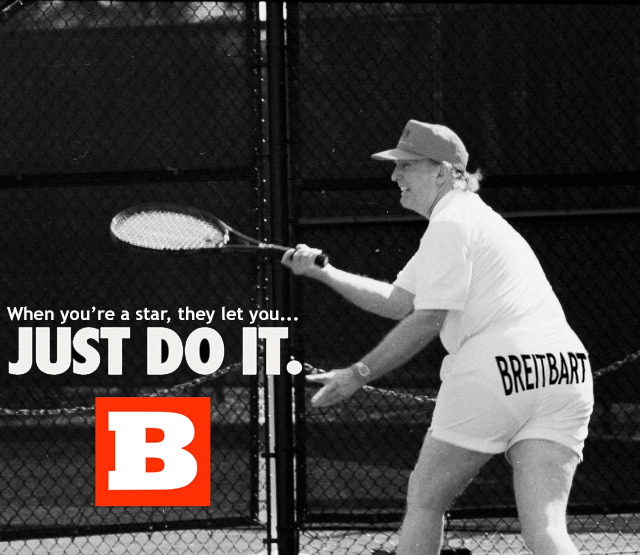 Next we have another story from In Touch, drawing from that 2011 interview.

Stormy revealed that she and Trump met up several times in the years following their original sexual encounter, and that she found him "pretty fascinating." Some of the "really good banter" they enjoyed came to involve his children, including this creepy tidbit: "He once told me that I was someone to be reckoned with, beautiful and smart just like his daughter."

Ick. Ugh. Yuck. But the absolute best — and these are A+ salacious tabloid details here my friends — comes from a piece in Mother Jones today.

This email was sent to Andrea Dubé, a Democratic political consultant based in New Orleans. In response, Dubé expressed surprise that Daniels was friendly with Trump. “Donald Trump?” she wrote. “In her cell phone?”

“Yep,” the other consultant replied. “She says one time he made her sit with him for three hours watching ‘shark week.’ Another time he had her spank him with a Forbes magazine.”

Dubé and the other consultant confirmed to Mother Jones they exchanged these emails.

The campaign consultant who wrote the email to Dubé tells Mother Jones that Daniels said the spanking came during a series of sexual and romantic encounters with Trump and that it involved a copy of Forbes with Trump on the cover.

A fall 2006 cover of Forbes does feature Trump and two of his children, Donald Jr. and Ivanka.

It appears that this is the cover referred to in the article? Not sure. 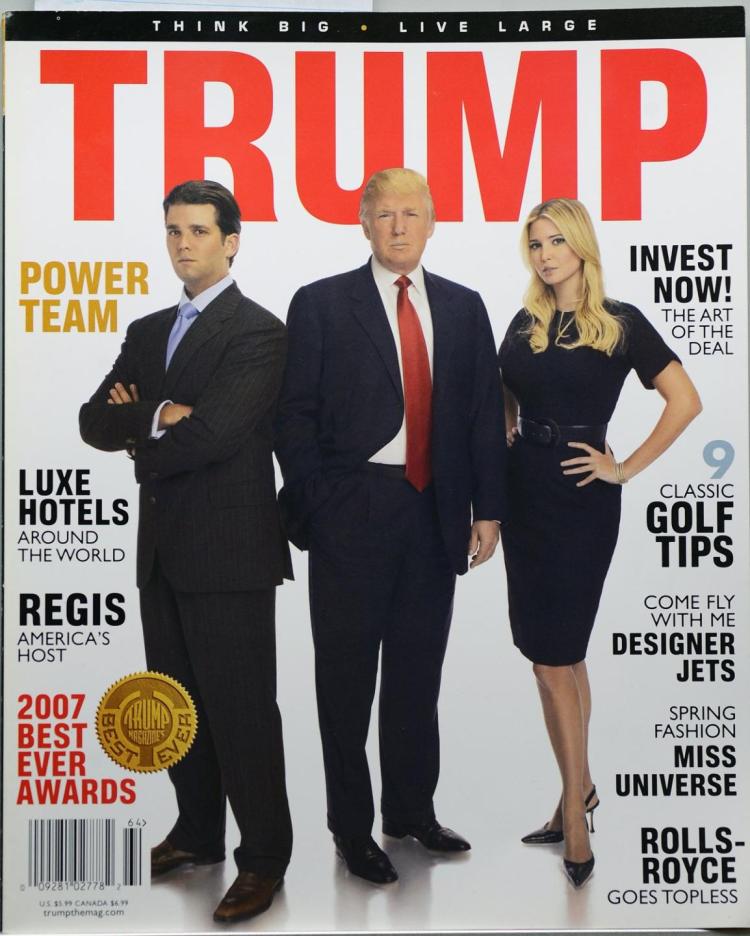 I do however find this hysterical. Who the hell gets spanked with a rolled up magazine? Bad Donny! Bad Donny! No! No! 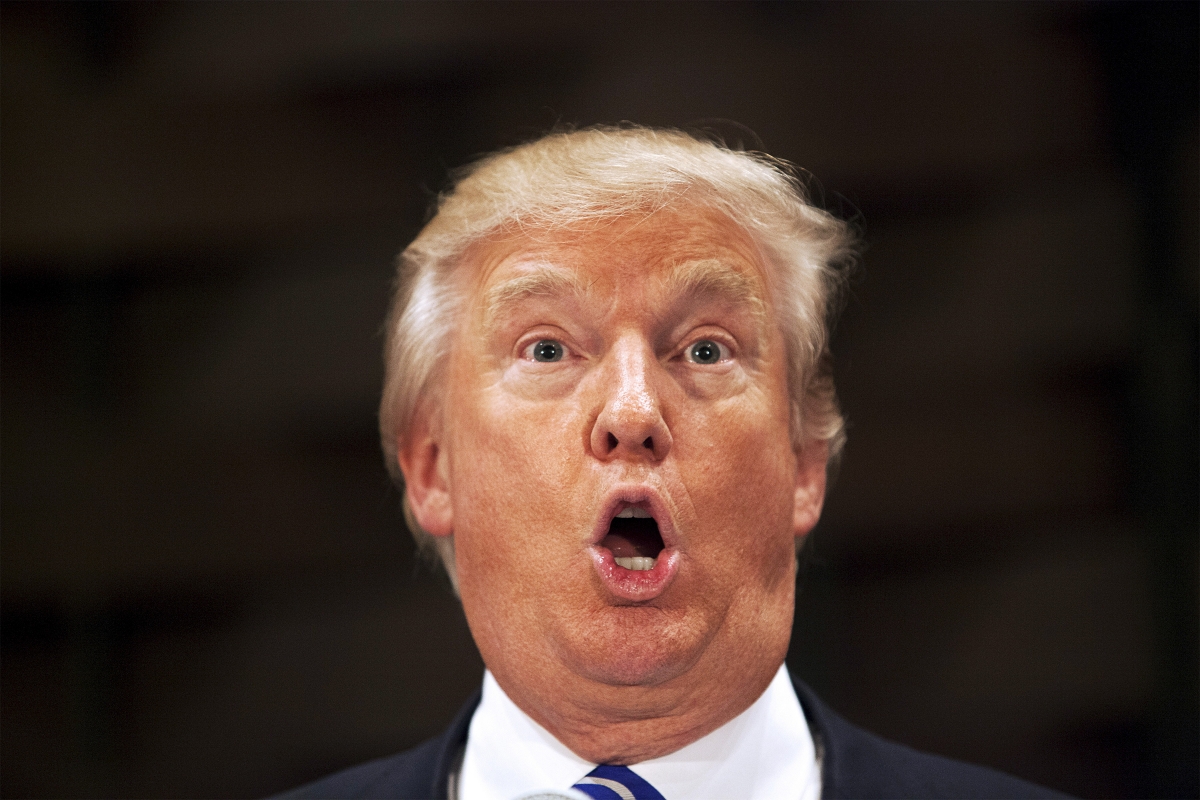 Also, I think it's safe to say that once again Dishonest Donny and his Lyin' Lawyer have flagrantly lied to the American people, yet again. But then again, it's such a regular occurrence, you have to wonder if it's worth mentioning.
edit on 2018-1-18 by theantediluvian because: (no reason given)

toysforadults
+77 more
posted on Jan, 18 2018 @ 08:23 PM
link
oh dude thank you, I was actually getting nervous wondering how long it would be before you post your next insane Trump rant

Deflecting from the exposures that are killing the Democrat/RINO Swamp.

originally posted by: toysforadults
oh dude thank you, I was actually getting nervous wondering how long it would be before you post your next insane Trump rant

So is Clifford lying now or was she lying then?

Her account sounded like she really didn't want it to happen and didn't want payment for her silence. Then what did she want if this is the case?

It's all pretty creepy regardless.

I'm neither anti nor am I pro Trump.

I am what you would consider well read with a deeper perspective.

Such as, the real true powers behind the Trump adminastration and the media want people like you and people like the hard right drowning out any articulate thought patterns with insane anti or pro Trump rhetoric. They also want to distract you with Messiah Obama complexes or Trump Derangement syndromes to make sure you are very divided and waiting for them to offer you a solution to come together again under the guise of the moral authority.

At least that's what us true researchers and intellectuals are often considering.

Perfectenemy
+49 more
posted on Jan, 18 2018 @ 08:36 PM
link
The biggest scandal since Watergate is about to break and you are concerned with this BS? Hahahaha.

Comedy aside..and yes there is some juicy tidbits of hilarity in there, from a sense angle, this makes little.

I guess at least it's better than something coming into the headlines against Trump via Gloria Allred.

that last photo is hilarious. lololol. he's a fool.

didn't hillary get a lot of crap for staying with bill.. wonder if melania will get the same harsh critizism.

Next thing you know Trump haters are ranting and raving Trump had ALLEGED consensual sex.

Get your GD story straight instead of blowing every which way but truth.

originally posted by: toysforadults
I am what you would consider well read with a deeper perspective.

This should probably be moved to the jokes forum right?

but please use your wit and call me a ''trumpkin'' or a ''trumpster'' or what ever oh so funny quip you please.

Trump supporters should listen to Don talk about his daughter on the radio with Howard Stern, they were all referring to her as a piece of ### OVER and OVER. It is right there for all of you to listen to, yet you defend this man, SAD!


I don't care if this story is true or not, it doesn't matter, Trump will go down one way or another. I mean honestly the alt right love to bring Bill Clinton up, as if Trump is better than him, uh news flash, he's worse. I also doubt Trump has been faithful to his wife.

the time for modesty is over, this kind of low level thinking has essentially taken over the boards so it's time to tell the truth


This should probably be moved to the jokes forum right?

I think we should only get the best threads.

originally posted by: theantediluvian
a reply to: JinMI

originally posted by: neo96
One day Trump haters call Trump a rapist, and rant and rave...

Yup, Trump has apparently done it all, from consent to rape, from grabbing to lusting after his own daughter on live tele.

There are no limits to the man.


originally posted by: toysforadults
oh dude thank you, I was actually getting nervous wondering how long it would be before you post your next insane Trump rant


So you were the first Anti_Trumpkin that spent a lot of time putting together a completely inane thread ?
Again ? for the 10,000th time ?
Now that is sadderer