He made promises that he didn’t keep’: Laid-off factory workers feel betrayed by Trump


Trump Can’t stop the ball rolling over the little guy and is a scam artists who promised only to deceive.

Instead, more than a year after the then-president-elect stood before a crowd of cheering workers and trumpeted a deal to save their jobs — and months after the company’s name faded from the headlines and the president himself moved on to other talking points — more than 1,500 once-employed residents are now out of work, Indiana union officials say. More than 200 Carrier employees clocked out of their final shift at the plant just last week.

Companies also are continuing to move jobs offshore and are likely to continue to do so at an ever more rapid pace: Roughly one in four jobs are at risk of being moved offshore in the coming years, a new report from Indiana’s Ball State University shows.

The merchant class will only give lip service to Trump's phony promptings, while he blinks his eyes at them, to help the little Middle class workers survive.

To register their displeasure, many of the workers will gather Wednesday night at 7 p.m. at a west-side bar to call on President Donald Trump to stop manufacturing jobs from leaving the United States.

“The workers that I talk to feel betrayed, because he made promises that he didn’t keep,” said Robert James, president of United Steelworkers Local 1999, which represents workers at firms including Carrier, its parent company United Technologies, Rexnord Corp. and Vertellus — all of which have laid off workers since late 2016.

He, Trump, by lying to them saying he'd save their jobs got their votes, and he did his job by cutting the taxes for the super rich. Now he will just play golf and fight the media and those that expose him for what he is, a liar, deceiver, clown, and conman who promised the little guy and didn't and won't deliver...

Short sided,you make one example,I could cite about 100,000 that are in praise,Trump can advise a company,and he has brought back smaller buisness,but he can't force someone,and the company was probably subsidized by government,it's about time everyone pulls his weight,the day of the free lunch is over,he did help these people and many others,hardly worthy of calling someone names,but thats what happens when arguing with liberals,intelligence leaves conversation,name calling begins

It's unfortunate but it is what it is. Trump is s businessmen. He lies and cheats to be successful. I feel for those people whom were betrayed by him but they both should've seen this coming. I did.

He extended their employment by a year, but recall when the deal was struck there were plenty of pundits saying "this is only going to last a year." Why, oh why, were these workers not using that 1 year of borrowed time to position themselves for different jobs? That demon known as personal responsibility strikes again.

Well I may hate Trump but I don't think he's a racist. I hate him for reasons different from SJWs.

Meanwhile, from a free trade coffee and internet shop in SoHo... 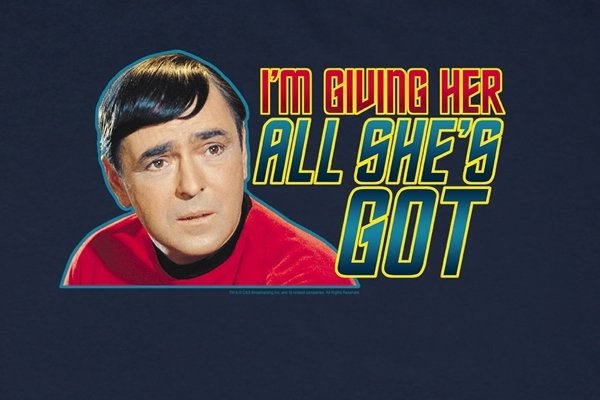 Yes, he can get deals done, but that doesn't always mean they make sense to, or benefit the working class. Therefore, I'm not sure it makes any sense to make promises NOR believe in the promises made. All one really has is hope. There is no guarantee.

Is it Trump not doing what he said, or a company that couldnt keep the lights in despite efforts to keep it afloat?

originally posted by: IAMTAT
Is THIS the full extent of the remaining Trump hate here on ATS these days?
It's frankly a bit pathetic.

The smallest minds will always try to view the world through a microscope while the open minded critical thinkers will view everything they can see.

Perhaps those few who lost their jobs could move to Detroit. Sure it's a # hole now, but housing is cheap and they are about to have JOBS.

Republicans don't care about you unless you have a few million to give to their campaign funds.

During the February 13, 2016, Republican Presidential Primary Debate, Trump referenced the video, saying that if elected he would l impose a 35% tax on every air conditioner Carrier imports from Mexico.[18][6][19] Trump used the Carrier move as "a key talking point," during the campaign, telling the crowd gathered for a Trump for President rally in Dayton, Ohio that, "I'm going to tell the head of Carrier: 'I hope you enjoy your stay in Mexico folks. But every single unit that you make and send across our border, which now will be real, you're going to pay a 35 percent tax.'"

it appeared that Carrier had agreed to keep one third of the 2,100 jobs it had planned to move to Mexico in Indiana in exchange for about $7 million in government subsidies over the course of 10 years.[24][29] 800 jobs that Carrier had planned to move to Mexico will stay at the Indianapolis plant, while Carrier will move 600 from the Indianapolis plant to Mexico. However, United Technologies, the parent corporation of Carrier, will go ahead with plans to close a factory in Huntington, Indiana, that manufactures electronic controls, moving 700 jobs from Indiana to Mexico.[24][30]

The deal also calls for a $16 million investment in the Indianapolis facility. Most of that money will be invested in automation said Greg Hayes, CEO of United Technologies, Carrier's corporate parent. And that automation will replace some of the jobs that were saved.[31] In June 2017, union officials stated that Carrier planned to lay off about 600 employees in July and December 2017.[32] One forklift driver who worked at Carrier for 14 years who did not lose his job in the June closings interviewed by NPR's Morning Edition said he would be bumped down to an assembly line position that was likely to be cut later: "I'm not really optimistic that they're going to be around in another five years," said employee David Simmons. "I mean, I hope I'm wrong, but I just don't see it. I mean, they've been threatening this - to go to Mexico - for at least 10 years."