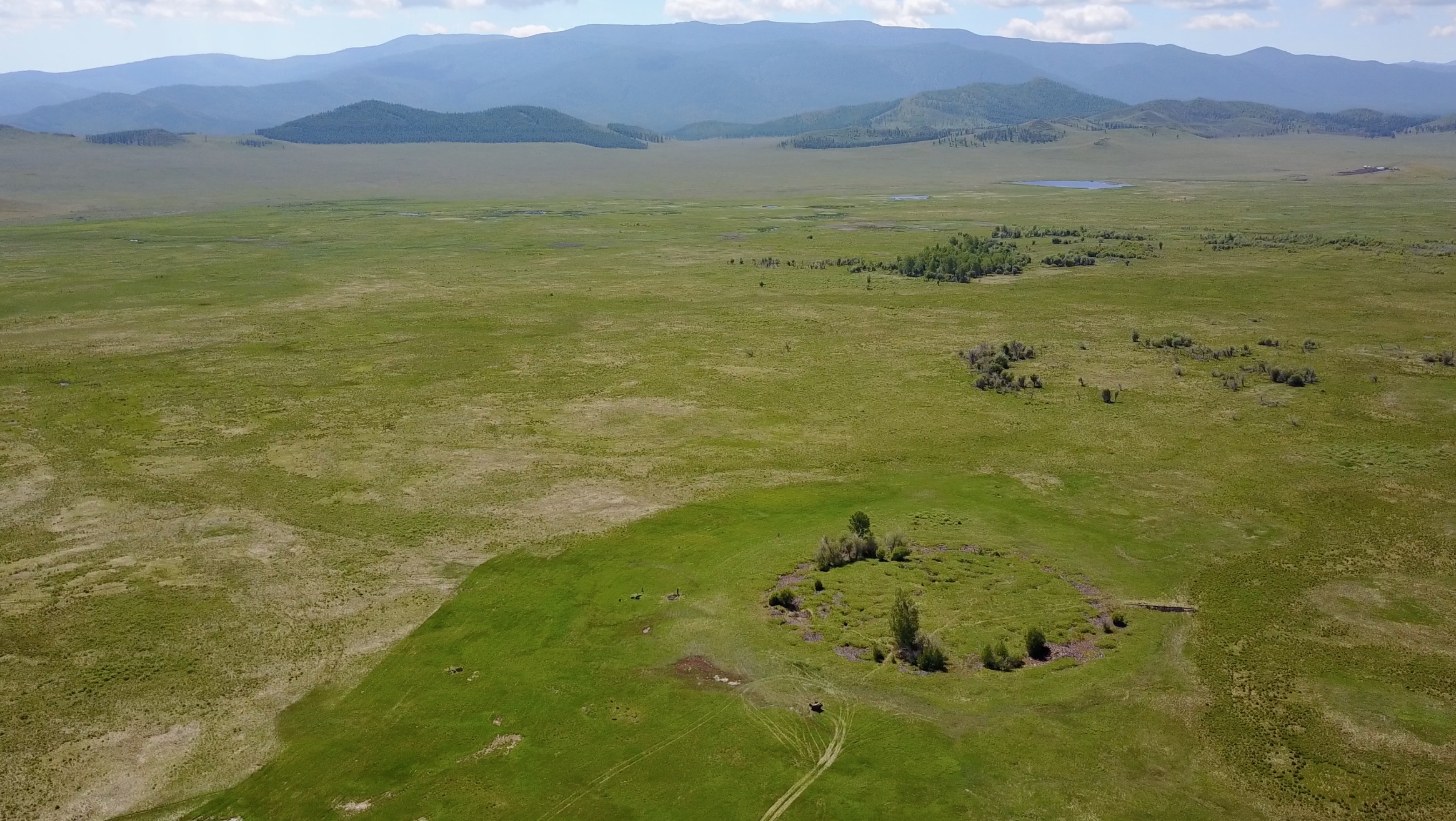 Archaeologists working in southern Siberia have identified an untouched, frozen burial mound that they say might contain the graves of Scythian royals. The monument —which is more than 2,800 years old and wider than the length of a football field —could be the oldest and largest in the region


Who were the Scythians? 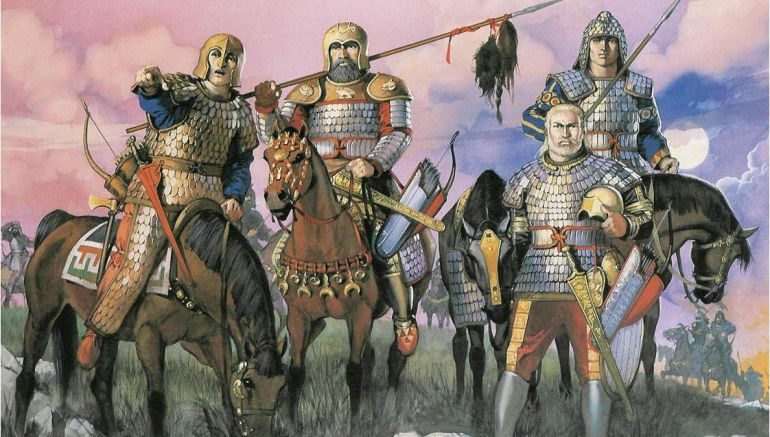 The Scythians were a barbaric group of horse-riding nomads who dominated a vast stretch of Eurasia from around the ninth to first centuries BC.

Among outsiders, they had a reputation as brutal warriors, renowned for their ability to shoot arrows with deadly accuracy from horseback.

Writing in the fifth century BC, Greek historian Herodotus claimed that after battle, the Scythians made cloaks from their victims' scalps.

It is said the savage warriors made drinking cups from their enemies' skulls and drank their blood to celebrate victories.

They built no cities and left no written record, meaning experts have gleaned what little is known of them from the well-endowed tombs of their leaders.


Their contents are often exceptionally well-preserved for their age, with Siberia's icy soil even keeping the tattooed skin of some corpses intact.

The Scythians filled the tombs, known as kurgans, with gold jewellery, richly decorated cups, weapons and other goods.

During excavations at the tomb known as Arzhan 2 in the early 2000s, archaeologists found the amazingly intact bodies of a man and woman lying side by side among more than 9,000 golden objects.


I would imagine as an archaeologist, these types of discoveries are like finding a really big treasure chest. I am always fascinated with the cultures of the past and especially their practices with the dead. It seems like throughout history, humans have always instinctively buried their loved ones. I wonder what drives us to do this?

..I am also quickly reminded of how brutal the times were and how fortunate we are to be living in the 21st century.

Not much else to say here, but cool find! I bet there are some pretty amazing things hidden down there.

edit on Tue Jan 16 2018 by DontTreadOnMe because: trimmed overly long quote IMPORTANT: Using Content From Other Websites on ATS

Let there be cool mummies with cool tattoo`s.

Wouldn't want to meet those guys, imagine the picture they painted wearing cloaks made of human scalps

Have a good one, thanks for the cool info!

Well this is how well preserved a 2500 year old mummy is when found in the frozen soil. 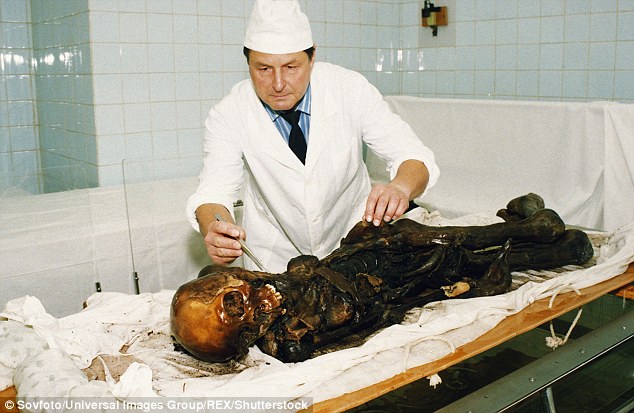 And this is how a typical tomb, or "Kurgans", would look like. 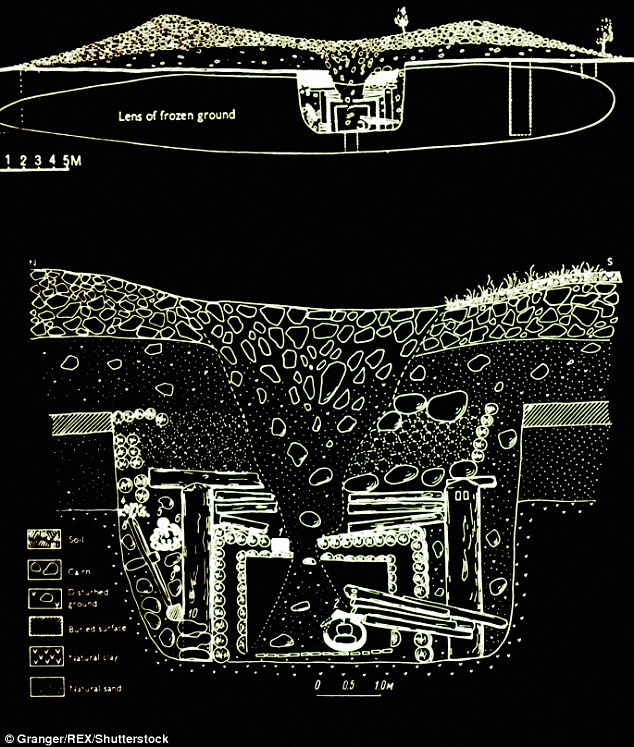 Now imagine it the size of a football field.

Hello my friend, and thanks for joining in.

Although barbaric, I imagine there is some sort of bliss not having to worry about all the things that comes with a life in the 21st century. And you also get to chop heads off and all that..

lol, hope you are enjoying your day!

posted on Jan, 16 2018 @ 01:04 PM
link
If you think about it , has anything really changed ? There are countries doing the equivalent of what they did so long ago .
But today they use bombs and drones to get the job done .
The blood still flows, but it just doesn't get on the hands of the attacker that never even sees his victim through his own eyes.

Burying the dead likely started as a method of avoiding scavengers, and goes back to neanderthal and possible Homo erectus.
HsN covered the dead in flowers and ochre, sometimes, othertimes they ate the dead.
Ritualistic canibalism is very common among primative people, and it continues today in the form of the Catholic ceremonies.
Some native Cal people have stories of times before they buried or cremated the dead.
They have been burying people for a minimum of 8k years, thats the oldest graves found in cal. so far, those are old stories.

I love the Scythians! Thank you for this post! Star and flag
edit on 020182018k23109America/Chicagothpm by Look2theSacredHeart because: Autocorrect

posted on Jan, 16 2018 @ 10:06 PM
link
"barbarians" pfft, what does that even mean? I heard the Vikings were barbarians yet built ships and travelled afar.

I suppose I'll take that with a grain of salt.

Not to mention disease.

originally posted by: midnightstar
Brutal life .
Human the full word is humane the meaning is ( To care )
Talk about oxymoron's .

Well to be humane would be to bury the dead to not spread disease as apposed to letting it faster. Humans are humane it's why we stand out from the rest.

Are we also evil psychopaths, sure. What you gonna do?

posted on Jan, 16 2018 @ 11:19 PM
link
Nice find. Wonder if they found more insights into how Cannabis((more golden bongs?) was used by them at the site- as the first source only mentions Opium traces. That along with anything else new to explore.

that is really cool

then it evolved into a spiritual practice for the gods to honour the dead and return them to the primordial substances the elements from whence we came!

yeh they built ships and travelled far , but they also raped alot of women and children then killed and burned their bodies , so yeh that is why they were considered barbaric
edit on 17-1-2018 by sapien82 because: (no reason given)

Thank you! These are the posts that made me love ATS a decade ago