posted on Jan, 13 2018 @ 10:26 PM
link
So there was an extra credit dish at the end. I was out of 'gas' completely (tired). I'd cooked numerous things earlier and didn't place. They were good, but not good enough. Then we scored with the roast, took 1st by like 19 points. So the extra credit was a dessert. I just laughed, had no idea what to do. ...

I'd tasted so much stuff, I was tired and hungry...I only wanted one thing; a peanut butter and jelly sammich. That's all I wanted. I thought..."okay, let's do this; I'll make one for me and five more for the hell of it!" I knew my wife had brought some natural fresh ground peanut butter she brought back from GA, and some Amish dandelion jelly (with zero corn syrup) from PA, so I slathered some lightly toasted full grain bread with both and made a sammich for me. I cut the other ones up, dusted them and put them up for the bonus. No creativity, just cut them up to look pretty. Smashing hit!! Took 3rd!! Just a silly P&J. Wow!!

But hey, everybody loves a good P&J, right???

LOL...could't believe it. Cooked probably 20lbs of meat today, some all day long. Won some, lost some, but had one hell of a good time!! 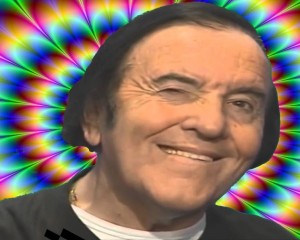 I heard that PBJ is a new thing in the NFL, a lot of players are requesting platters of PBJ to be cooked for the team by the team chef.

I was the OP of both.

It was an afterthought.

If you can get away from all the 'polys' and artificial ingredients like corn syrup...they're really excellent!!

All natural full grain bread, no trans fats and no corn syrup...wow...lookout!!

Note: I'd have used some of my jalepeno / rhubarb jelly (homemade), but I didn't have enough.

Well I look forward to your Triple Wow thread.

Or you could, just, you know, post on the thread you already created..

posted on Jan, 13 2018 @ 11:26 PM
link
I never knew there was such a thing as dandelion jelly. That would actually have pretty decent medicinal qualities to it.

Don't know about that, but it sure is tasty!!

posted on Jan, 14 2018 @ 07:46 AM
link
There's a small local company that makes simple fruit jellies with no added sweetener -- blueberry, raspberry, blackberry, peach. They are awesome when made into a toasted PBJ with natural peanut butter.

You sound like parent of the year when you kid tells everyone what he had for breakfast, but we do let him have toasted PBJ for breakfast that way with some fruit on the side.

You pay a bit more than you would for what comes off the regular jelly aisle, but it's worth it.