First Reported Hog Attack In The Forest Of Dean UK

posted on Jan, 11 2018 @ 05:17 PM
link
The feral pigs in the Forest of Dean and surrounding area are a mixture of Tamworth, wild boar and other odd pigs that have been lost or dumped in the forest. 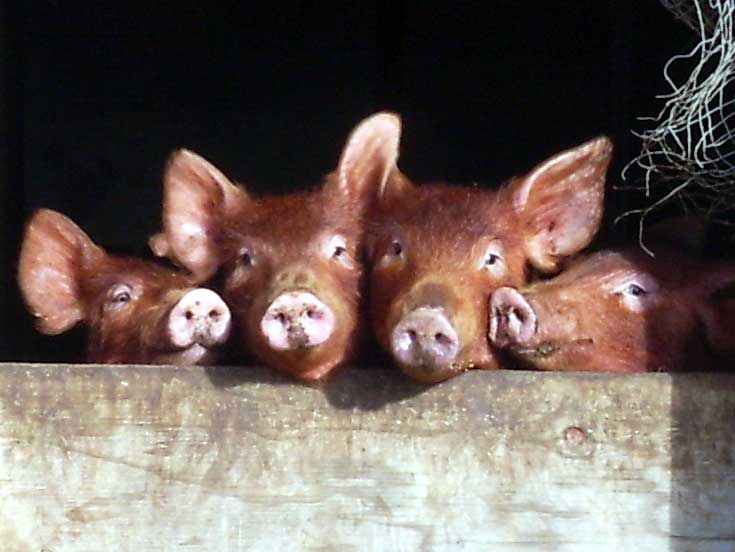 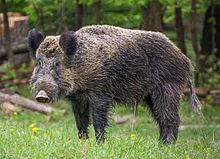 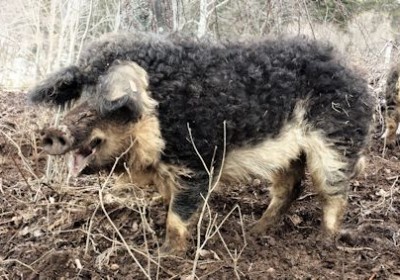 They weigh up to 300 kgs and can be grumpy. Some of them hunt lambs.


The owner of a remote North Taranaki station who killed a wild boar found it "chock-full of lambs" when he cut it open.


Various scattered populations of feral pigs and one or two actual wild boar will meet up within the next two or three human generations and Britain will eventually be fully populated with hogs.


The restrained precision of this recent attack is notable.

Clive Lilley, 53, is believed to be the first victim in Britain attacked by the booming population of feral pigs. 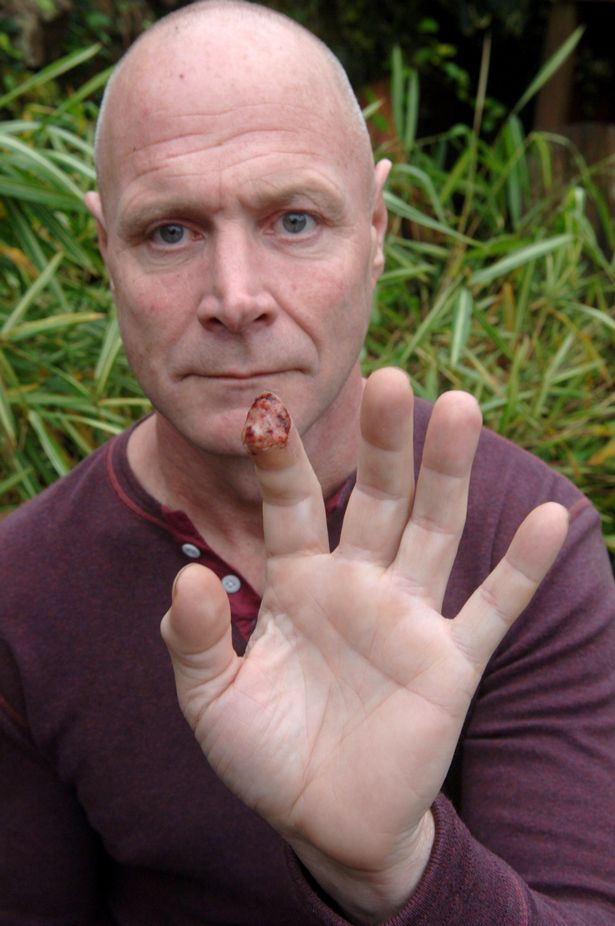 Being out and about in pig country has a different feel to it. You never know when you might run into a grumpy pig. 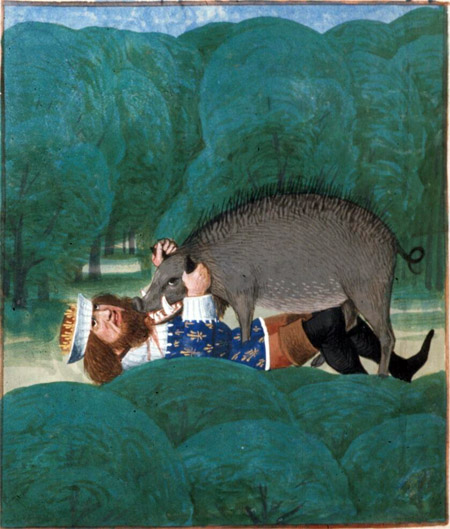 
There'll be more abrasive encounters between humans and pigs in the Forest of Dean soon, it's an ongoing pattern.

. . . in 2013 there were three occasions when a very large boar charged at people; one was an older lady who was chased, (“she hit the boar with her stick and then with a dog lead but it kept coming so she ran away, she got back to the caravan site in quite a state”), the second was a young man, who was also chased. On both occasions the visitors had dogs but they said that the dogs had not attacked or gone near the boar. On the third occasion the boar (which they think was the same one) ran at one of the site owners, he was “on his own and the boar just attacked”.

Another rider reported that she felt the need to sell her horse as it had become too flighty to be ridden in the forest and one wrote “I have been chased by them whilst riding my horses on 6 separate occasions”.

Pigs bring horses down by getting underneath them and spinning around, then they go for the throat. It's very rare but it is instinctive.

Spring is coming and the numbers will soon double again.

It's Pigtopia in the Forest of Dean.

You could have warned about the missing finger tip!

Other than that, thanks for posting. I'll be sure to a have a large blunt object to hand if I ever visit the forest of Dean.

posted on Jan, 11 2018 @ 11:16 PM
link
A good dog and a pistol are pretty much required tools when hiking deep in the Gulf Coast swamps.
I dropped a charging boar that was around 550 pounds with 8 inch tusks.
His head is on the wall.
I know a guy who had his thigh gored and nearly bled to death. 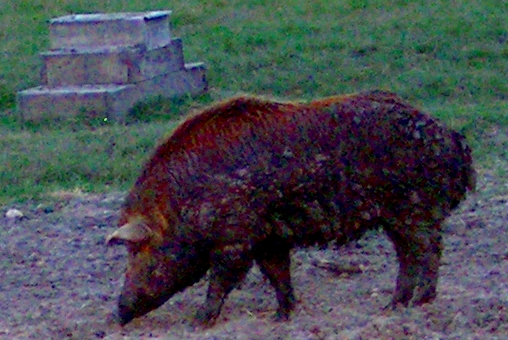 This is one I raised from a piglet, but he became aggressive and was put down.
edit on 11-1-2018 by skunkape23 because: (no reason given)

posted on Jan, 11 2018 @ 11:27 PM
link
Wild boars are incredibly dangerous. The worst time of year is in the spring, when the sows have their litters of babies. A more defensive mother in nature you will not find!

Oddly enough, the central coastal mountains of California (I lived there for 10 years) are swarming with them, and they can kill you quite easily. Too many in Cali are afraid to use guns, so the wild boar population there is off the charts (around San Antonio and Nacimiento Lakes).

The people there who get sick of having their yards and gardens dug up by pig snouts will dig a very deep hole and throw lots of organic garbage in it, along with running water from a hose (it gets mighty dry out there and they get very thirsty and hungry). The pigs will jump in and then can't quite climb out due to the mud, so it's shootin' time.

They DON'T taste good, whatsoever. They are gamey, the meat is stringy and gross, and in order to use the meat well, it has to be taken to an experienced butcher who mixes the meat with domestic pig.

They are nocturnal although during the spring you will see the mommas running with the babies in the early mornings and later afternoons. Stay as far away as possible! They have extra bone on the front of their skull so not even a .22 rifle can penetrate their thick heads from that angle. Need a big rifle, a good aim, and a place to climb up to get away in case you miss.

That one was every ounce of 400 lbs.
We have javelinas around here, but 50 lbs is a big one.

posted on Jan, 12 2018 @ 12:11 AM
link
Chin up ole chap it could be worse, in my country everything wants to kill us. Its why our native language is screaming.

I'll be more thoughtful next time.

. . . later finding the tip of his left index finger in his glove.


To be effective against a fairly small pig your large blunt object will have to weigh as much as three or four cyclists. The pig didn't fly but the cyclists did.

They hit fast and furious with a lot of ass behind the charge.
You better be a quick-draw or you will get plowed and likely cut in a bad way.
Be very cautious in palmetto patches in hog country.
Satan's bacon.

originally posted by: skunkape23
a reply to: Kester

They hit fast and furious with a lot of ass behind the charge.
You better be a quick-draw or you will get plowed and likely cut in a bad way.
Be very cautious in palmetto patches in hog country.
Satan's bacon.
You think bigfoot photos are blurry?

originally posted by: testingtesting
a reply to: skunkape23

No hunting license required in
Texas.
Kill all you want.
They'll make more.


You could have warned about the missing finger tip!

There I was scrolling through all the cute pics of little piggies, casually reading the op...

I get slammed with this big ugly gnawed off finger tip glaring at me from a 24-inch HD computer screen.


This cannot be unseen, dammit.

Just think of it as a sausage.
Finger licking good .


You don't eat the big ones, older and bigger they are typically taste pretty gamey and stringy in my experience.


Get one that's about 100-120lbs (tops nothing bigger, but you can go smaller) before cleaned and you have some really good tasty and tender meat.


ETA: Pretty sure I have said it before, the only way to deal with them is hunt them, dontntry to cull the herd hunt them like your hunting them into extinction and you might be able to keep the population in check, otherwise its only going to get worse,.

That just made it worse.

A pox on your y-front cladded family jewels...

Just think of it everytime you hear KFC finger licking good man finger sausage hhmmmm .
I bet I could duff up a pig mano a pigo...well maybe a small one.

posted on Jan, 12 2018 @ 03:22 AM
link
Just been researching and they said If we don't kill em off Hogs will overrun the UK in one or two generations :O.
They are eating everything all our wildlife even badgers!.