posted on Jan, 11 2018 @ 03:36 PM
link
I was saddened today to hear of the passing of the great France Gall, one of France's most beloved singers, collaborator with Serge Gainsbourg and with her songwriter and singer husband Michel Berger. There are few performers I genuinely, actually, really, loved but she was one of them. Here is my favorite song by her. 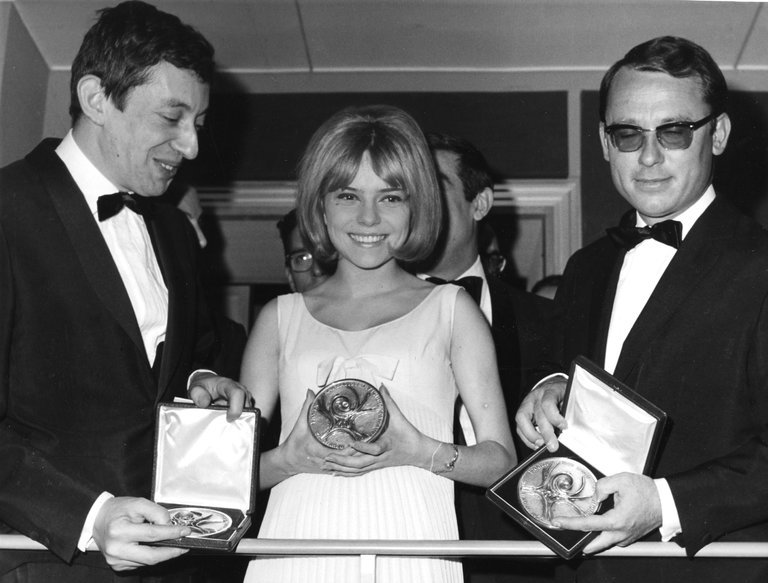 France Gall was 17 years old when she won the 1965 Eurovision Song Contest with Poupée de Cire, Poupée de Son, a composition by Serge Gainsbourg in which the singer lamented her plight as a helpless puppet persuaded to sing about matters of love in which she had no experience. By that time Gall, who has died aged 70, was already a star of France’s yé-yé scene, a rival to Sheila, Sylvie Vartan, Françoise Hardy and Chantal Goya, and regularly featured on the covers of such popular magazines as Mademoiselle Age Tendre and Salut les Copains.

I hadn't heard that song before. She has quite a large catalog of material. All of what I've heard has been on YouTube. I love her early things the best, all the yé yé stuff, but she evolved with the times and did very contemporary sorts of things, particularly with her husband, Michel Berger.

Here is Les Sucettes, written by Serge Gainsbourg (the rascal).

Here is her explaining the effect that the song had on her. At the time it was recorded she wasn't aware of the double entendres in the song.

posted on Jan, 11 2018 @ 04:27 PM
link
"Les Sucettes" is one of the most amazing double-entendres in French song, and I love all the work Gainsbourg did for France Gall.

She also did some of her husband's songs extremely well too, like "Débranche", which was about unplugging your TV and your phone and actually being with the people around you.

edit on 11-1-2018 by antoinemarionette because: Tried repeatedly to post vid and failed -- see link.

Les Sucettes is a work of genius. Gainsbourg is a legitimate immortal.

It upset her at the time, but her explanation of it all is worth listening to. She understood Gainsbourg's personality very well. Losing him in a night club and looking under all the tables for him.

To embed your song, click the "Share" link under it and then copy that number into the usual [yvid] . . format.
edit on 11-1-2018 by ipsedixit because: (no reason given)

I lived in France when Michel Berger died, and within the year, I believe it was 95 or 96, France Gall also died -- of cancer.

I guess I was on another timeline, because I distinctly remember her having died shortly after the death of her husband.

Here is another beautiful song written by Michel Berger and sung by France Gall.


edit on 11-1-2018 by antoinemarionette because: Tried repeatedly to post vid and failed -- see link.

No, she just died the other day, actually this past Sunday. She lived long after her husband passed away.

When embedding, don't include the entire URL, just the video number. Sorry if I sound brusque. I'm trying to do a bunch of things at once.
edit on 11-1-2018 by ipsedixit because: (no reason given)

posted on Jan, 11 2018 @ 05:00 PM
link
France Gall and the people she was associated with (plus others), whether Gainsbourg, or other pop stars like Francoise Hardy, Sylvie Vartan, Véronique Sanson (who was married to Steven Stills at one time and had a son with him), Johnny Hallyday (who recently passed away), Michel Polnareff, Daniel Balavoine and France Gall's husband, Michel Berger, and numerous others, were very talented people, who, unfortunately, are not that well known in the English speaking world.

The Beatles were fans of France Gall. 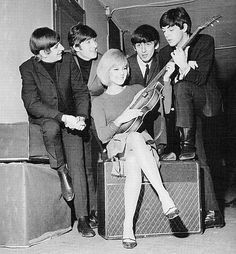 Here's my favorite song by Michel Berger (France Gall's husband. There is a momentary appearance of their beautiful daughter Pauline, who died of cystic fibrosis.):

posted on Jan, 11 2018 @ 06:52 PM
link
Here are a couple of great quotes from the New York Times that reveal an unexpected level of very mature wisdom in France Gall.

Ms. Gall herself played down her importance.

“I would never dare say that I’m an artist,” she told Paris Match in 2015. “For me, artists are the world’s pain receptors. That is why they have such a hard time living. Me, I’ve been lucky to be good at happiness.”

In the same interview, she reflected on the early deaths of her husband and daughter.

“I think we go when it’s time to go, that the departures are scheduled,” she said. “Why did they both go so soon? I have long tried to understand this great mystery.”

Les Quatres Elements -- Beautiful song! I'd never heard that one before. Thanks

Yes, I love it. It was written by her brother, Patrice, I believe. There is something about the song that really gets me.

To hear her singing those words in her teenage voice can bring me to tears.

I shall play it to my little French entourage -- at the right moment.

Any other jewels to offer?

This is cute, from her German language career. You just have to Google France Gall. There are many singles and some albums and television appearances. There are a lot of treasures. Some of the videos have a lot of photos from her early days.

Here is a photo of her with her brother Patrice, who wrote Les Quatre Éléments. 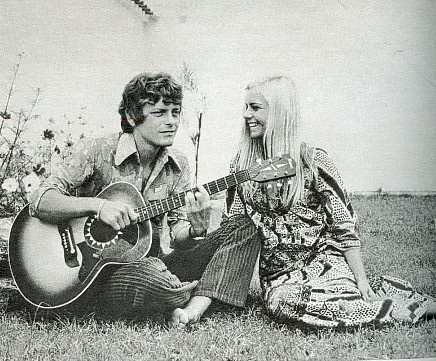 Néfertiti is a song by Serge Gainsbourg and gives further insight perhaps into the way he thought about France Gall. Of course, Gainsbourg's reputation, undoubtedly mostly facade, was of a "playboy" or, in our own carefree era, "womanizer", one could say. He had significant relationships with two women in particular, Brigitte Bardot and Jane Birken, with both of whom, incidentally, he recorded Je T'aime, Mois Non Plus (I love you, Me neither). The hottest version of which, by far, is the one with Bardot, who, herself, actually had a presence as a singer in pop music at the time.

France Gall remarked on what she believed might be Gainsbourg's fantasies about her when discussing Les Sucettes, but there is also a hint of something, perhaps from Gainsbourg's id, referencing her, in the lyrics to Néfertiti.


Néfertiti actually begins at 0:27, after a short interlude.)

Wow! Someone who loves Gainsbourg as much as I do!

Thanks so much for the music.