ATS, the All Trump Segment. Hate him or Love him, We are all Part of the Soap Opera

posted on Jan, 8 2018 @ 12:23 PM
link
If we cannot resists the urge to click on any and all Trump related threads and simply ignore them, then we have willingly and voluntarily participated in the All Trump Segment, There is no Above Top Secret, only Trump. Is this the objective? I thought we most of us were smarter. You could not find a more rabid supporter than myself. But it is time to Ignore the threads and change the channel, seriously JUST IGNORE THEM. We do not have to rush to his defense, we already know most of us support him. In fact, he is universally supported even by those who allege to hate him. Their blind hatred has clouded their ability to see that the multiple threads a week of nonsense are actually doing nothing more than helping his popularity. Never Trumpers are actually Trump's biggest knob polishers. So just ignore the threads. Focus, FOCUS on the real news. If it is about Trump, regardless of good or bad, its probably not real news. It is nothing more than TMZ and E! entertainment designed to saturate the airwaves. Lets get back to focusing on the satellite discoveries of unexplored ancient archaeology, the obvious World War that is discreetly written as "nothing to see hear, move along" when a questionable incident that does not add up is reported as a blip on the radar. The DHS training exercises that are literally training for the disaster or massacre that came to be on the same day. The strange astronomical anomalies that enter our Solar System that the establishment refuses to release images of, only artist renderings. Theres all kind of juicy interesting anomalies happening everyday that we are refusing to see, because everyone is voluntarily of their own free will preferring to be part of a scripted soap opera.

So the easy solution to see an end to Trump's biggest fans, the never Trumpers, flooding the board with fake hate (real admiration actually), is to simply ignore them. Pretend its not there. We don't have to defend him, he has iron skin thicker than steel. Words reflect off him like a magic mirror. Fake allegations are debunked within days, even hours. The man is unstoppable! He is like superman, but no kryptonite exists to take him down. Does superman need our help? The only help he needs is our votes and the votes for those who will support his goals for America. Thats it, that is all the support he needs. Let us not belittle ourselves with the petty antics of his biggest supporters, the ones who claim to hate him so they themselves can bring a little bit of attention to themselves basking in his radiant glory. They are not worth the attention they seek. Especially not film producers claiming they will drill for oil off the coast of Mar-a-Lago as if they actually had the resources and leasing permits to do so without even doing a geological study to know there is anything to drill. Clearly that person is madly in love and is trying to grab some of that glory that emanates from our leader like the shine of our magnificent star.

I like movies, I like fictional narratives. But there is a saturation point. Even Hugh Jackman could play wolverine only for so long before he decided to move on. Will the All Trump Segment soap opera script finally see a conclusion? Is it time for the actors and viewers to change the channel and peer outside of the domestic market to find topics that are sincere and true ?

I'll finish this off in true Trump Segment fashion and say, I salute you President Trump! Your Secretary of State has done a wonderful job making sure the GEC has enlisted as many humans as possible to be part of this play. But not to be rude, I think it is time to change the channel. Some shows are good once a week, with a seasonal break. But 24/7 on every channel , man, that gets tedious and old. If it gets to the point where I am triggered to respond to an anti-trump peice, I am just going to say thank you for supporting our President, it is good to see you love him as much as the rest of us, and hopefully I will move on. 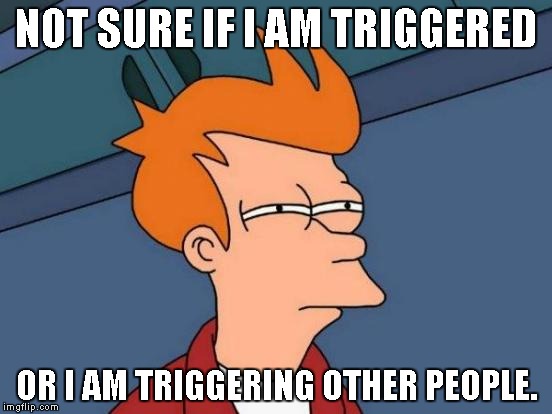 ATS should change it's name to Trump secret.

Excuse me while I run to the bathroom to throw up.

posted on Jan, 8 2018 @ 12:43 PM
link
If his ability as "Puppet Master" is any indication, I'd say the man truly is a stable genius as much as any POTUS in recent history. Certainly in comparison to the sold-out MSM who are obviously unstable as hell and not so bright, eh? That's not to say the man ain't a bit crazy, but his job ain't for normies...if there even is such a thing as a normie.

But, yeah OP, you're right about the world stage. We need to be paying MUCH more attention. In the meantime: God Bless Donald Trump.


There is no Above Top Secret, only Trump.


Not exclusively.
Threads on other topics ARE being written and get responses; www.abovetopsecret.com...

But anyways, werent you supposed to be in turkey, fighting Erdogan?

posted on Jan, 8 2018 @ 01:14 PM
link
a reply to: IAMNOTYOU
This was my first second ever I believe, and you pretty much hardly ever find me in one. I still waiting for our military parade though. So its more of a PSA. I am glad you recognize the Ottoman threat as well. Have you noticed their expansion into Africa.? Both in the Sudan and in Somalia. Do not play down the threat he poses to the world, it is quite clear he is on the side of the Muslim Brotherhood terrorist organization, and is likely seeking to expand their influence along the Nile and Horn of Africa.

posted on Jan, 8 2018 @ 01:55 PM
link
The reason Trump get all the attention is simply Trump is the greatest president ever in US history.
Some people praise it, some people are allergic to greatness.

posted on Jan, 8 2018 @ 02:46 PM
link
I agree with your proposal, the amount of trump threads is disproportionately large. But I'm afraid I also cannot resist.
It's strange but true, I came here for ET and the occult but I find myself active in trump related threads for about 50% of my time here. I NEVER used to look at political stuff or follow any of it. Who is the wh press secretary for obama, bush, clinton? I couldn't tell you now or back then, I know both of trumps and have seen them multiple times.

So here's the thing; this guy is just asking for it! He's BEGGING for it!
Trump is the epitomy of the phrase ' There is no such thing as bad publicity, there is only publicity.'
And if it is publicity he wants, it's publicity he'll get.

originally posted by: Spacespider
The reason Trump get all the attention is simply Trump is the greatest president ever in US history.
Some people praise it, some people are allergic to greatness.

I seriously hope that is sarcasm...

posted on Jan, 8 2018 @ 06:30 PM
link
I think Trump is so entertaining and a welcome distraction from my real world. I still miss Sarah Palin bigly....

But the circlejerk quest for stars and flags using Trump as the vehicle are quite boring.
edit on 8-1-2018 by olaru12 because: (no reason given)