Now, in classic fashion, Oprah Winfrey is being touted as the next president of the United States. They even call her President Winfrey in a CNN article. Good ol Seth Meyers making his jokes about her like he did Trump(except this was parody..Trumps was real at the time).

The Democratic race for president won't officially begin until after the 2018 midterms, but many potential candidates are already jostling for position and making trips to Iowa.

"President Winfrey" was the talk of the entertainment world after Winfrey accepted the Cecil B. DeMille Award at the Golden Globes. And the "Oprah for president?" possibility was a top story on morning TV.

Amazing, isn't it? That the lead story is how a very rich, African American woman may want to run for president. May. Not something that has happened or occurred but is a thought. A thought gets more coverage than real news. Real news like this.

Now, in conclusion, do black people really want another black president because under Barack their jobless rate was astronomical. On the campaign trail he said 'What have you got to lose" and it was not jobs and with the tax package passed they will have more in their paychecks. Money talks and if the DNC is not careful 2018 will be a slaughter with new voters who embrace REAL change and not free phones.

Triggered? I'm laughing my ass off about Oprah being president....

IgnoranceIsntBlisss
+49 more
posted on Jan, 8 2018 @ 11:29 AM
link
She's late to the party in 'exposing' the Hollyweird Rape Culture, and now she's qualified to be POTUS?

She's been in their world from day one. So where the F was she all along?

Thank you for seeing the point of the OP.

Oh ffs left right black white...you are all Americans you are in it together sort yourselves out or the rest of us will wall you in.
The bickering and tit for tat BS is getting boring.
Would love for you all to actually even just attempt to find common ground....oh sod it UFO forum time.

Even if she runs, she will not win the nomination because Democrat establishment will not allow it to happen. They only select the insiders like Hilary or Biden. They prefer a puppet to promote globalist marxism, which is why they have the Super Delegates. Oprah would only have a chance if she runs as a Republican because their nomination processes is less rigged unlike the Democrats. And even if she runs as a Republican she will not win pushing leftists position of open borders, world government, and class warfare nonsense. To win Republican ticket she would have to promote National Sovereignty and America First agendas.
edit on 8-1-2018 by amfirst1 because: (no reason given)

GuidedKill
+1 more
posted on Jan, 8 2018 @ 11:34 AM
link
a reply to: matafuchs
To be fair just because one black president did a terrible job doesn't mean the next black president will do just a bad. Just pointing out the obvious.

However if Trump continues to make America great again like he has been and people get back to work I would say it is going to be hard for anyone to run against him. Black or white, Oprah or Uncle Joe.

Fact is Americans voted in Trump because they were tired of being out of work, tried of the red tape associated with small biz and tired of having another tax (obumber care) shoved down their throat.

People voted for Trump because of Obama and his terrible presidency. People didn't want to continue down the Obama road after 8 years of suffering by electing Hillary...Just because the Dems try and run a new dog doesn't mean they won't be performing the same old tricks...Tricks the American people have seen and are obviously tired of.

Man. I must be going blind because that OP looks like an angry rant and bitterness to me and not so much laughter.

I nominate Winfrey for President of The View. 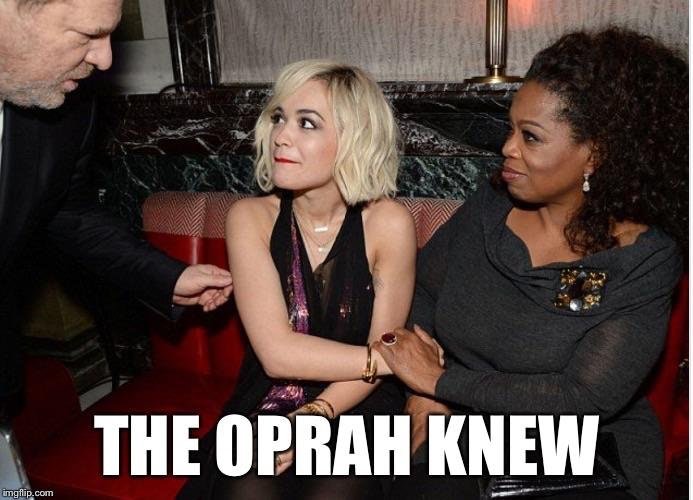 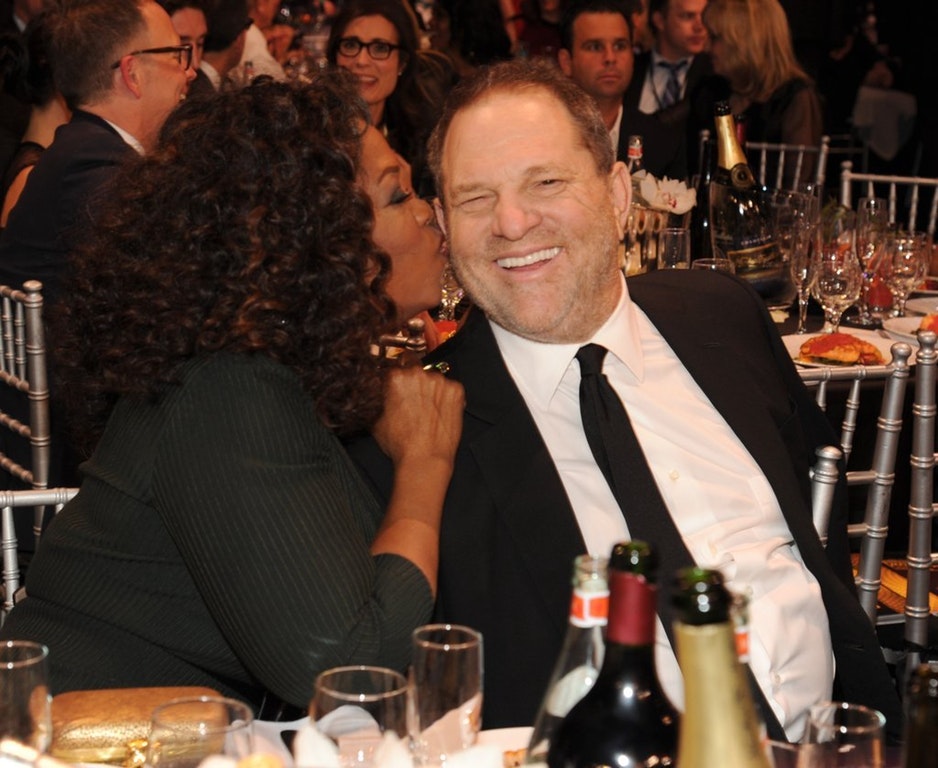 edit on 8-1-2018 by IgnoranceIsntBlisss because: (no reason given)

Very True. My main point here was really about the media and the elite in Hollywood and how things are reported.She does not the the 'energy' to run either...

Oh she knew for sure and believe me Oprah has her own skeletons she doesn't want exposed.

A very fair statement and I was using it really in this context. When Obama was elected, even though I did not vote for him, I was really hoping he would bring it all together and he did not. He divided the country more than ever.

I predict Biden will run...

AGAIN: Who says she isnt a puppet person obedient to the globalists agenda?

She's totally one of them.

NWO Occult Priestess (of the nutter variety).
edit on 8-1-2018 by IgnoranceIsntBlisss because: (no reason given)

A very fair statement and I was using it really in this context. When Obama was elected, even though I did not vote for him, I was really hoping he would bring it all together and he did not. He divided the country more than ever.

I predict Biden will run...

I hope Biden will run....I think creepy uncle Joe would be easier to pick apart then Oprah!!

originally posted by: matafuchs
a reply to: GuidedKill
He divided the country more than ever.


It's so funny when people say this about Obama. Mostly because it shows that the person who just said it hasn't opened up a history book in the recent past (if ever). For instance anyone who thinks that the country was more divided under Obama than during the Civil War, I have a wall extending across the Southern boarder to sell them.

When you look at the pictures of award shows, with all of the actors and actresses and directors and producers I see one thing. The eilte-ruling class of the United States. An ugly picture.

Says a person who bends over backwards to support a reality TV personality and Celebrity WWE actor as president.. 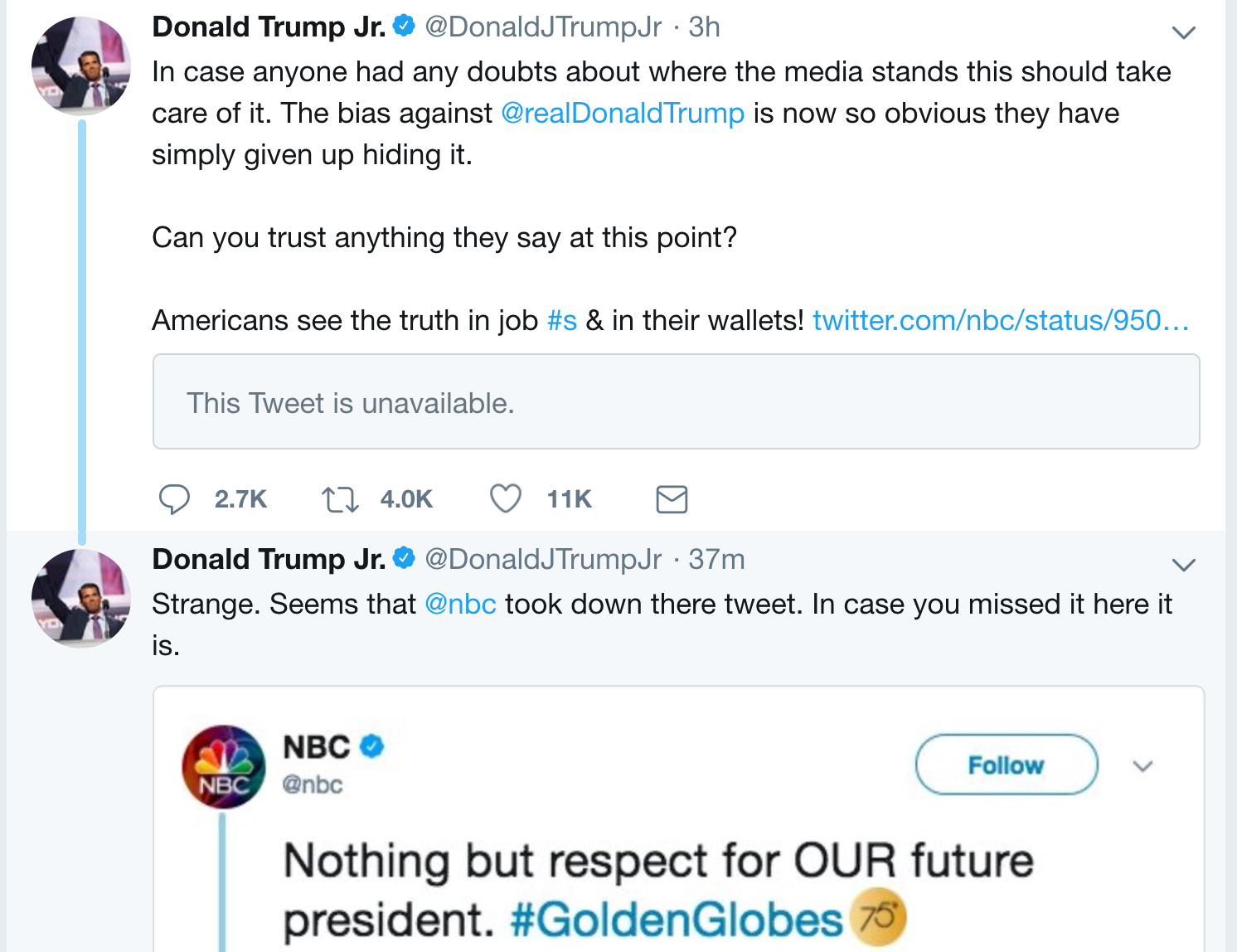 I hope Biden doesn't run, because I don't think he could win.

Oprah? Who knows. I would be hesitant to put in another non-politician, because the country did last go-round and look at the egregious mess we've got.

On the other hand, she is obviously vastly more intelligent than Trump is, and is already a great diplomat. She would get the African American vote, and women's votes.

We've seen what those two minority groups can do when they get together, so I think she could actually beat Trump in 2020.

I highly doubt Oprah even runs for Pres.
Seth meyers is the most anti trump person on tv, im thinking more so then even chuck todd.

Now your all time jobless rate low for blacks, its not cause of white people. its caused by lazy people. i don't have a lot of black friends, 7 i know 4 i hang out with a bit. of all of them, only one works. the rest are always out looking for some scam to run on someone. i'm not a racist person really, but its just my experience anyone not working whatever the color, it has a lot t do with being lazy and wanting a damn hand out. you don't have to be white or make a ton of money to be succesfull. i barely make more than minimum wage, but in a few months my house will be paid off, all debts paid off. i think i'm like $1.30 over the minimum wage. if i can do it anyone can.