ESPN's Sean McDonough gave a heartfelt goodbye to Gruden on air during the telecast's wrap-up, and an hour later, Gruden's return to the Raiders became official, 15 years after he was traded by the franchise to the Tampa Bay Buccaneers.

Gruden joins the Raiders on what likely will be a 10-year, $100 million contract, NFL Network Insider Ian Rapoport reported Friday. The pact is believed to be the richest coaching contract in NFL history, according to Rapoport. NFL teams do not disclose financial details on coaching deals. Rapoport reported Gruden's coordinators are also getting four-year contracts. Greg Olson will be Gruden's offensive coodinator, Paul Guenther will be defensive coordinator and Rich Bisaccia will coach special teams, Rapoport added.

With potentially just one season left in Oakland before a move to Las Vegas in 2020 (2019's location has not been confirmed), the Raiders are bringing a big name to lead the franchise into a new era with a hefty commitment to go with it.

I've been saying that since Harbaugh left SanFran. PAY HIM. Well he's a Raider again. Larger than life and heading to Vegas. This is going to be fun to watch.

ETA: The downside being he was one of the few commentators that didn't make my brain go WTF?
edit on 7-1-2018 by intrepid because: (no reason given)

posted on Jan, 7 2018 @ 01:06 PM
link
Well, the Raiders needed to do something. They've been something of a slow motion train wreck for a while.

I was suprised he took it. He seemed happy with his gig as a commentator.
Thought he was great with the college kids. Way better announcer than Cris Collinsworth.
So it's back to the Raiders again.

I thought perhaps he would make a better NFL Commissioner than Roger Goodell.


Those carpet baggers can have him. Now I'm holding out hope that the Kraft/Belichick/Brady feud is real and that he comes back to the Giants.

Gruden is a good choice although the pay is over the top, IMO. However, I'm sure they're banking on the Vegas move to pick up the tab.

As far as the Vegas move, I hope they don't become just another "attraction" there. "Las Vegas Raiders"..... Just doesn't roll off the tongue

Oakland the city is going to suffer bad as the Raiders and the Warriors pack their bags...hopefully, they build a new stadium for the A's...but I'm not holding my breath.

ETA: Once they're in Vegas, not only will they have the highest paid coach in NFL history, but without a doubt they will also have the hottest cheerleaders in NFL history!! Bank on it.
edit on E31America/ChicagoSun, 07 Jan 2018 15:23:54 -06001pmSundayth03pm by EternalShadow because: add

I know right?
Thought maybe they'd go to San Antonio Where it rolls a little better... but Texas has enough teams.

posted on Jan, 7 2018 @ 01:57 PM
link
a reply to: intrepid
If you ask me, he is worth it. He took our Buccaneers to the Superbowl shortly after being hired, and won our first ever!

posted on Jan, 7 2018 @ 02:27 PM
link
Really big money for a guy that hasn't coached in 10 years.
He was a solid coach but is he really worth the richest coaching contract in NFL history?
Time will tell.

originally posted by: worldstarcountry
a reply to: intrepid
If you ask me, he is worth it. He took our Buccaneers to the Superbowl shortly after being hired, and won our first ever!

The Bucs aren't the Raiders. They don't have someone with the last name of Davis running the joint. There has been a lack of cohesiveness in the Raiders organization for a few decades now, and it starts at the top. It doesn't matter where they go, if Davis goes with them, they lose. It is kind of fitting that they're moving to Vegas, where you win with luck. The Raiders need all the luck in the world right now.

And the pay is over top. Especially considering that they don't even have a home until 2020. Is there a college stadium in that town that can handle even a psuedo NFL crowd?

posted on Jan, 7 2018 @ 10:26 PM
link
a reply to: DeepImpactX
Yea the Glazer family is big business here in Tampa. They have done wonderful things not just for our football franchise, but for the city itself. Pitched in for the Childrens museum downtown, which our kids have enjoyed countless times. Its actually quite an awesome museum for the kids with great interactive exhibits.

Big Raiders fan, here, and I'm pretty excited about this. I long for the cohesiveness that the team had back in the early 2000s, and I believe that Chucky was a big part of that.

I have despised how the Raiders owner(s) have felt a need to play replace-the-coach as often as they have in the past decade or so, and I'm really happy to see that they are giving Gruden a long-term deal.

I'll tell ya, even before the talk about this started, I had my hopes about this situation around mid-season this year when it was apparent that Del Rio wasn't getting it done (although I don't totally blame him--I'm pretty certain that Carr wasn't/isn't over his injuries yet, either physically nor mentally)...but I don't think that Del Rio is the coach that can pull Carr out of his apparent funk. I do see Gruden as a man that can do that.

Here's a little stupidity at the beginning of the season, when I had high hopes: 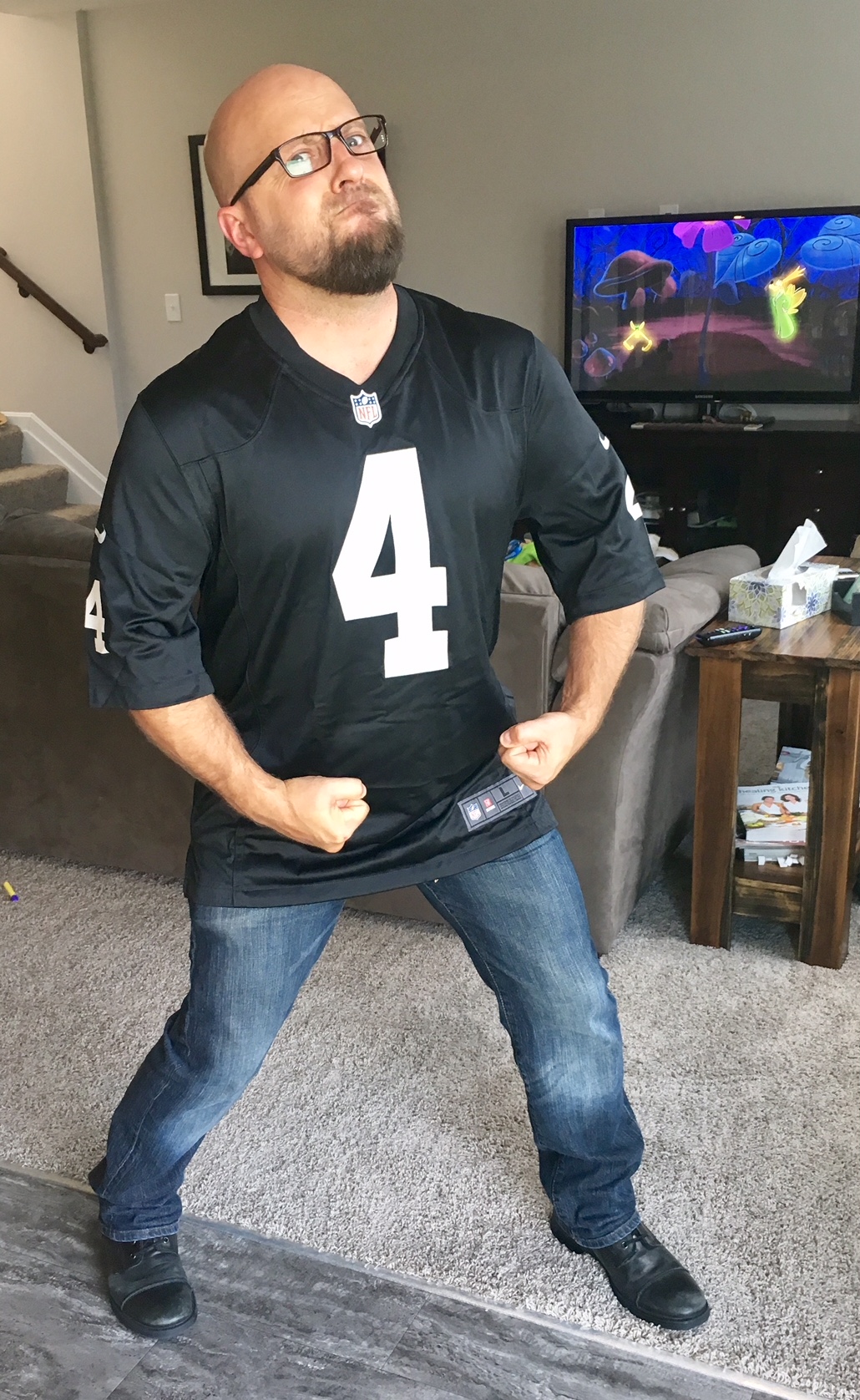