You're either a troll, or you recently hit your head, really hard, to think that Trump's not in big trouble after his 'best people', (you know, the ONLY kind of people Trump hires...), flipped on him. News reports, (the stuff NOT shown on Fox and Friends...), are saying that Mueller already has corroborating Obstruction of Justice evidence. Now Mueller's looking into Trump's very murky finances, which we know are dirty. Trump's done! His credibility, with all except his reality-denying base, has vanished, (did he ever have any though?). But hey, maybe you're right. Maybe this all just a joke the Special Prosecutor's playing on Donny. I doubt it....

Trump IS Trash!
(And his supporters are desperate, apparently...)


originally posted by: MOMof3
a reply to: jadedANDcynical

I remember that video. I don’t care what ticks the violent religious nuts off.

ETA. They hate us and we should not be there, no embassy.


I think his point was Clinton and cronies lied and blamed the video when the video had absolutely nothing to do with what occurred in Benghazi.


Democrats love to say the Benghazi investigations were a waste of time, but they established something very important:
The US government knew right from the start it was a terrorist attack, and the video was just being used as an excuse to stage a protest in front of the embassy (to provide cover for the terrorists' movements). Hillary knew this when she publicly blamed the video for leading to the ambassador's death. It wasn't just a lie, it was a lie that falsely shifted blame onto an innocent person.

Hillary (and Obama) knew it was a lie when she uttered the condemnation of the video.

Take a look at the email between Hillary and Chelsea (by the way, does Chelsea have a security clearance in order to be in the know on the details of the attack?):

originally posted by: MOMof3
a reply to: Xcathdra

If you believe it’s a lie, that’s your right. If it had nothing to do with Benghazi, who cares? And if we are going to start convicting politicians for lying to their constituents, I’m all for that.

Well it is a big deal but if you dont think so then that is on you I guess. If she is going to lie about Benghazi she will lie about other things, like the emails and the Clinton foundation.

Name a crime Trump has committed.

In case you missed it the 4 people were charged with crimes unrelated to Trump and Russia.
edit on 5-1-2018 by Xcathdra because: (no reason given) 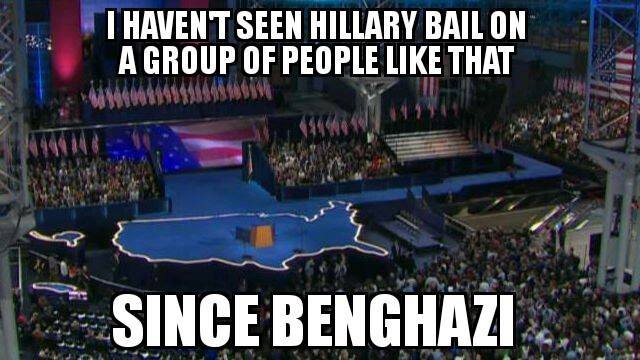 
He cant because the President didnt obstruct. They dont like the fact that the President is the Chief Law Enforcement Officer of the US. His termination of Comey was lawful and required.

Finally Comey was not directly running the investigation. When my old Police Chief was fired it had no impact on any cases that were occurring and the same holds true here.

Even McCabe, under oath to a Congressional committee, stated Comey's termination did not impact anything.

He still thinks the "Trump's finances" story was real, even though it's since been retraced, and we now know the subpoena was for one of Jared Kushner's businesses, and doesn't even come from Mueller or any of his people. I'm guessing his info comes from some place like the Huffington Post.

originally posted by: Xcathdra
Even McCabe, under oath to a Congressional committee, stated Comey's termination did not impact anything.


More to the point, Comey himself said in the public hearings that he did not feel like he'd been pressured to drop the investigation. He only changed his mind later, after being pressured by Democrats. He can't now testify under oath that Trump pressured him to drop the investigation, because he'd effectively be admitting to perjury: the two testimonies would directly conflict, so one or the other would necessarily be false.

Clinton / Obama / Comey and cronies created a real mess for themselves.

When Hillary Clinton lost it backstage after being interviewed and said if she loses then they all hang. I am guessing this is what she is referring to.
edit on 5-1-2018 by Xcathdra because: (no reason given)

Oh my god... Seriously? Jesus! The on-going investigation is just that - ON-GOING! Are you so foolish as to think that everything Mueller knows has been released to the public? Is that what the liars at FOX'NEWS' want you to think? I'll tell you what, pal, you just keep thinking whatever FOX tells you to think. The rest of the adults here will continue to anticipate the complete implosion of the Trump 'empire'.

If Mueller had any evidence against Trump it would have been leaked by now. The simple fact everything else under the sun except TRump wrong doing tells me he has nothing.

I guess we'll see, huh? If you think Trump's finances are being looked at, very closely, I wonder, would you care to buy a bridge I have for sale, in Brooklyn? I'll give you a real good Trump-supporter price. You can ask the Russians for financing. Trump knows a guy.


Actually he was interviewed byt Trump the day before he was officially appointed but whatever you want to believe is your problem.

Thus far the evidence says Mueller is an idiot.


that's absurd to think Mueller has nothing simply because it hasn't leaked.