page: 1
26
<<   2 >>
log in
join
share:
intrepid
+14 more
posted on Jan, 4 2018 @ 10:48 AM
link
It doesn't sound so long but when you put it in context it been quite a while. I found ATS at the beginning of Dubya's 4th year in office. That was an interesting election year. Seemed harsh at the time. Feels like nostalgia after all the following acrimony. I'd go back to those days in a second. I wasn't just new to ATS but to the Net as well. Netiquette? Bwahahahaha. You see this polished stone today so you can imagine the raw one back then.

I had plenty of help on the way. Folks helping me with computer stuff. I knew how to turn the comp. on, that was about it. Mods with their feet firmly planted in my ass to get the point across. I have no idea how many warns I racked up in the first 6 months. I survived it though.

ATS has changed quite a bit over those years too. It was pretty rough compared to what it became. Dark Matter was awesome. The site looked sleek and was much easier on the eyes. There was about 3500 embers at the time. We acknowledged our milestone posts in the 10's of thousands. Hell we rack that up in a couple of days today.

There's still a few other stalwart folks around from back then. Many, many others gone. I've just been thinking about individuals. Gotta stop that. It'll take the whole day. So for ALL my friends.....

14 Years eh , ATS long service medal comes in at 15 years I've heard so you'll have to make do with this until then.

This place is very addictive congrats on your 14 year habit 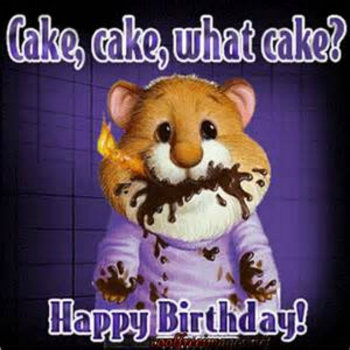 Long time eh bud ? This year will be my 11th... Damn how time flies. I had no idea of your computer skills in the beginning. Totally matched mine. Guess that's why you helped me so much when I first started. Much congrats to you, for not leaving this crazy melting pot of people and ideas,and putting up with all of us despite things going on in your own life. Much respect.

Weren't you a mod way back when ?

Cause usually once someone becomes a mod on this site.

You never hear from them again. How have you not been banned?? (I kid)

And still winning friends and influencing others.
Happy ATS birthday!

Happy Birthday! You made through 2012 with flying colors! Good job! Now keep up the good work!

Congrats! Glad you're still around.

Now go eat a cake and drink something nice.

Happy B day man. May the Force be with You.