originally posted by: dragonridr
Nothing new we always select geriatric patients for potus. For the life of me I haven't figured out why we wait until someone's over 50 to elect them. Trump was almost 71 by the time he took office you can't convince me that he isn't starting to lose his mental health. Reagan was 77 when he left office. And if Trump gets 8 yes he'll win as the oldest sitting president.

70 is really not that old but it sounds old if you're under 50. I can name several people between 65 and 85 that are sharp, energetic, healthy, and engaged in life. Especially if you have lived a fairly healthy lifestyle like President Trump has, 70 is the new 50.


President Trump On the Phone to the Band Evanescence


The President - How Can You See Into My Eyes........My Soul Cries For Deliverance


originally posted by: Asktheanimals
Funny that no one ever thought FDR was unfit to serve.
Why is it an issue for Trump?


FDR's health issues were from the neck down.

Trump's health issues are from the neck up.

Nyuk nyuk. Yeah I get it. FDR was a socialist with his New Deal failed policies and Trump isn't.
Since the "Russian collusion" shyte won't stick on the wall now we have long distance diagnosis of Trump's mental state.
The left playbook is always be on the offensive while being offensive.


Not really, just your run of the mill incompetent, laced with egotistical bravado dipped in greed.

This in my view would not subject him to the 25th amendment, I wished it were other wise..
But as far as him becoming president??...congratulations America.. we played ourselves.

When was the last time you shat out undigested instant noodles? Never right? This whole story is nonsense

Nope, but I can assure you there are some neurological issues with a lot of his detractors! I've never seen people need help like leftists do. They literally break down over some Trump tweets, it's sad!

No. Something is fundamentally wrong within US media and political opposition.

posted on Jan, 7 2018 @ 02:41 PM
link
So the people that had no problem voting for Hillary who showed actual signs of neurological issues, now think Trump should be taken out because of less straight forward issues? We watched that witch have a seizure or two on national television.


Is Something Neurologically Wrong With Donald Trump?

No, he confidently won the office of President by campaigning in public and looks and acts just fine.


Actually, no he doesn't, he acts like an idiot with mental problems, something many have observed but the Trumpeters are too brainwashed to admit. 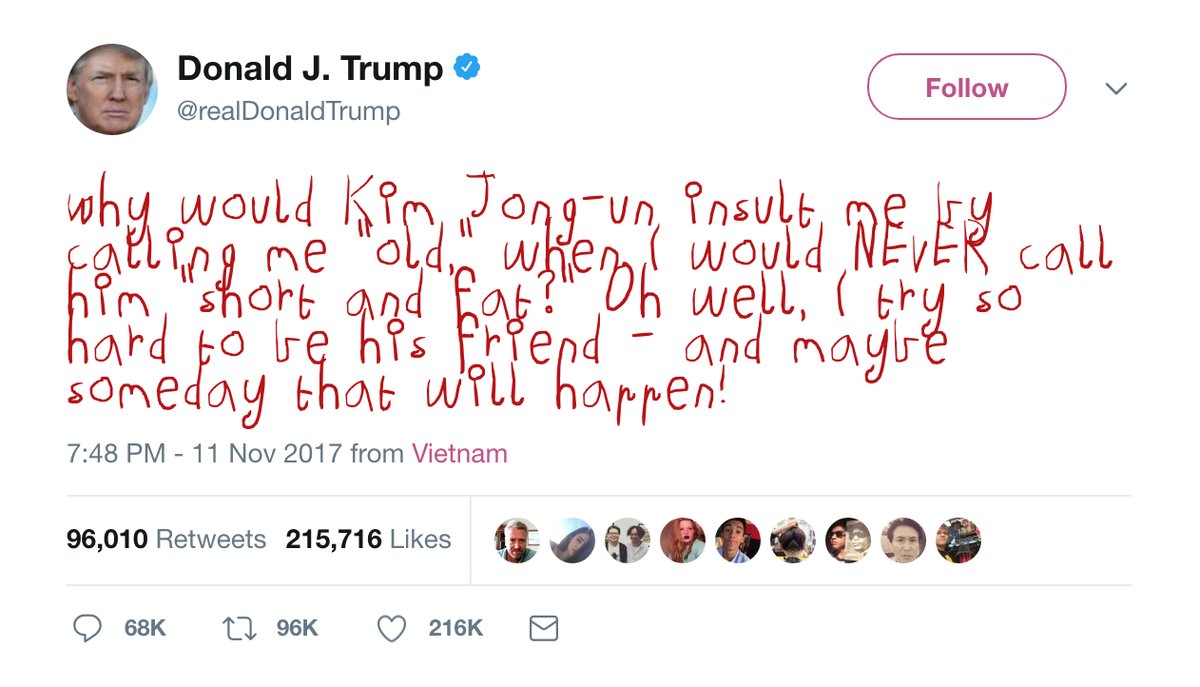 Awww, that's cute, people are being mean to Trump, how sad!

You're acting cut up that the man with the bully pulpit, the bully in chief, possible rapist has people being mean to him, how very sad. The man who threatens others with violence.

There you have your answer based upon fact. Or you could go read what the prostitute on Snopes.com tells you to comfort your nerves.

Nice ad-hom on Snopes. What relevance does her previous occupation have to do with her current job?

I don't think the word 'fact' means what you think it means. I will take Snopes (and plenty of other sources) over the garbage you read like Natural News, and the right-wing regurgitation chamber you pretend has some credibility.
edit on 7-1-2018 by bgerbger because: (no reason given)

Just your opinion. And opinions are like buttholes. We all have them.

Are you a psychologist and did you examine Donald Trump? Thought not, but you'll make an opinion on pure guesswork. I can see where you're coming from...unicornland.
edit on 7-1-2018 by thepixelpusher because: (no reason given)

You do realize Snopes is run by ardent Democrats who ARE BIASED!? No fair reporting there. Natural News is at least more balanced than the Prostitute and John at Snopes.
edit on 7-1-2018 by thepixelpusher because: (no reason given)

That nonsense video shows that your argument is the same. Let's stick to real facts and not viral remix videos as evidence.
edit on 7-1-2018 by thepixelpusher because: (no reason given)

You do realize Snopes is run by ardent Democrats who ARE BIASED!? No fair reporting there. Natural News is at least more balanced than the Prostitute and John at Snopes.