He informs, insults, incites and triggers in only 280 characters...or less

I came on to document your username and profile. I am convinced that ATS has been under an attempted sabotage by the left since President Trump became the Top contender. Funny thing is they must be under some type of official non official work schedule as the Holidays and even New Years were relatively peaceful, closer to normal for a conspiracy site and not a place that is so politically divided it has caused most members with half a brain to simply leave, get away and not come back. So is that the focus, the agenda here? To dismantle and disseminate ATS via the political mudpit? Maybe.

So thank you for your OP, it is strange how people are either ignoring it or are just proving the toxic environment of their chosen lifestyles are working. Flouride, vaccines, lack of education, or whatever seems to drive them.

yeah he is and the liberals fall for it everytime, just remember : "how people treat you is their karma, how you react is YOUR karma"

tump trolling you is his karma, if you react in a hateful,mean vindictive way that is your karma.


One of these days Trump may push an enemy past the breaking point, and things could go haywire.

He got that out of the way when he won the election. The Left went full TDS.

1. You have to deal with the boy who cried wolf syndrome. People won't take you seriously when your accusations and threats go nowhere time and time again. He is in no way crying wolf about anything.


President Trump needs to quit tweeting about Hillary, Comey, Lynch, etc., and find an Attorney General who will go after them. He's losing credibility in that area.

Thanks for adding some decent commentary.

Americans intelligent or not don't share the same views of course. I living here in the USA would never vote for Trump, but I also think this is what the "show" of politics deserves..

Don't get caught rigging elections and then deflect by accusing the other side next time lol.. I can't defend that, not even against trump.

As for the media.. sorry guys can't take your side either.. stop propagandizing your "entertainment news programs for profit." You lie too much so Fake news sticks. It wouldn't stick so good without being true.. boo hoo on you.. Don't cry to me.

So some intelligent Americans are enjoying the show.

Intelligent people who want to stop Trump would stop retweeting everything he says nonstop. You are his publishing agency. The free publicity is worth billions at this point.

Most of what I see is psychology on a grand social scale..


But if anyone is truly against trump.. Let him sink his own ship WITHOUT jumping up in down in hyperbolic caffeinated energizer bunny histerics every time Trump blows his nose in a slightly offensive way? Example: ( 2 scoops of ice cream)

It makes everyone look retarded.. so I can't take you seriously, and you should want to be taken seriously if being against Trump is a grave and serious matter to you for the USA and for the world
.

originally posted by: EmmanuelGoldstein
Since they catalog all of his dumb-ass tweets as official Presidential words, could it be possible that by the end - Trump will be the most prolific writer* of all the previous presidents?


The first Presidential Library of Tweets.

It'll fit in a birds nest.

As an aside, who still thinks they let him tweet without censoring it first? 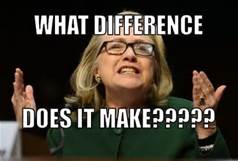 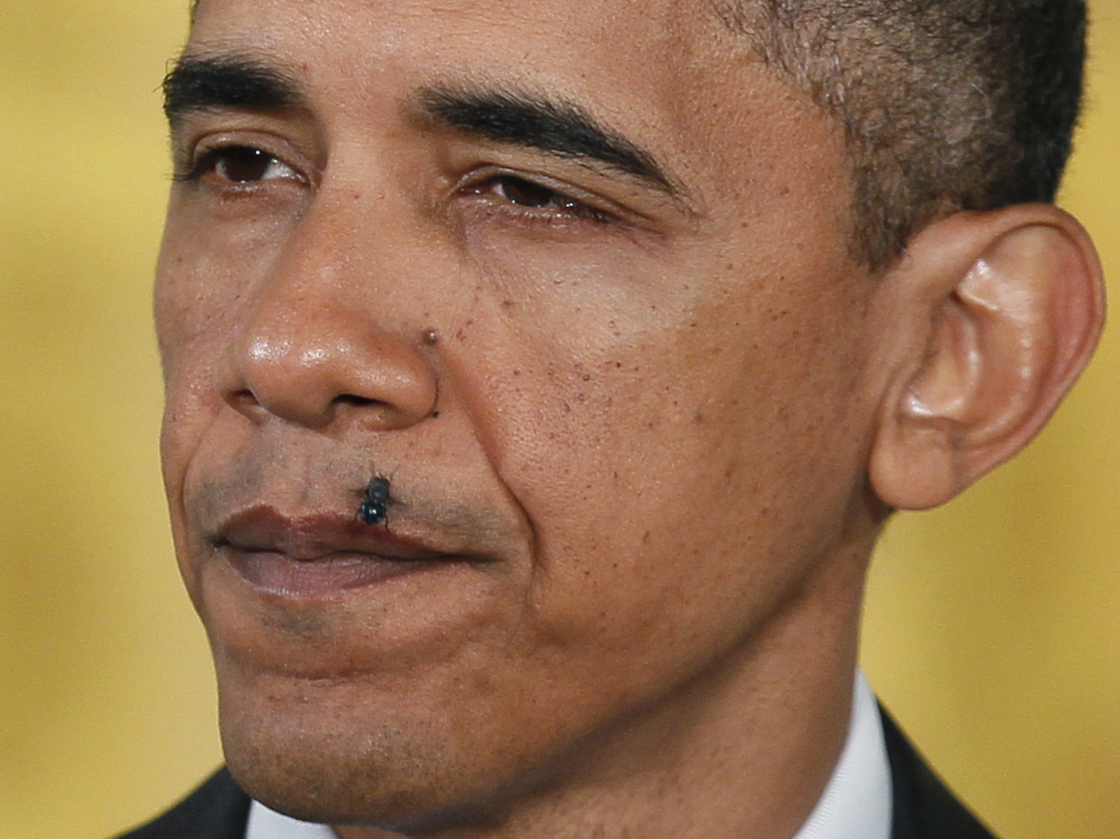 Got rid of the Witch and Warlock for a Tweeter. Big whoop


Then they play 2 on 2 basketball with Dennis Rodman and Michael Jordan. And all have ice cream after!

I'd watch especially if the "proceeds" were a deal between USA SK and NK for normalized relations, troop removals.. military hardware trade ins for high speed internet free food and trade deals..

China gets left out for not helping the situation.

But SK and NK would finally end the war..

Then it's up to them to decide what's next.

originally posted by: matafuchs
Like it or not, the POTUS likes to use Twitter. Now, Obama was the first and of course was heralded in as a new acceptance of technology and transparency. It was in the end neither to me but to many it was a way to be in touch, on a human level, with the president whether it was a tweet about the country, the final four or being on a late night TV show. No one seemed to mind. over 15k tweets....

Read this....they compare him to Kennedy and FDR...

The topic of Barack Obama's usage of social media in his political campaigns, including podcasting, Twitter, Myspace, Facebook, and YouTube has been compared to the adoption of radio, television, MTV, and the Internet in slingshotting his presidential campaign to success and as thus has elicited much scholarly inquiry.In the 2008 presidential campaign, Obama had more "friends" on Facebook and Myspace and more "followers" on Twitter than his opponent John McCain.

Obama's usage of the wider Internet has often since been compared to Franklin D. Roosevelt and John F. Kennedy's adaption of the Radio and Television mediums respectively in the history of communication between the White House and the American Public.

Obama has used Twitter to promote legislation and support for his policies.[14][15] He has been the subject of various controversies on Twitter.[16] Obama is also the subject of various debates on Twitter.[17][18] He had also used his account to respond to the public regarding the economy and employment.[19][20] Based on its rate of adoption, Twitter will have a complementary role to other communication efforts that is more significant in Obama's 2012 presidential campaign than in prior elections.[21]

There were plenty of battles on Twitter and some things he posted against law enforcement,etc as well as supporting specific people that were pretty bad.

Enter Donald J Trump. Take a look at his write up....look at all of the specifics for Twitter.

The first thing the Wiki talks about is Insults...

A January 2016 review found that one in every eight Trump Twitter posts "was a personal insult of some kind".] As of November 2017, Trump had insulted 394 people, places, and things on Twitter, ranging from politicians to journalists and news outlets to countries.

On occasion, Trump has targeted private citizens in this manner. A 2015 Trump tweet against an 18-year-old college student who had challenged him at a New Hampshire political forum led to a wave of online harassment against her.

Reached for comment, he suggested Trump "needs to worry about getting his Cabinet filled, and leave me the hell alone". Several catchphrases used by Trump on Twitter have become well-known, particularly his frequent use of "Sad!" He typically gives opponents nicknames such as "Lyin' Ted", "Little Marco" and "Crooked Hillary", and describes reports critical of him as "fake news".

Informs - He can fire off a tweet at 5 AM and it is the lead story till noon. He tweets one off at noon and it is the lead story till the late news and the cycle starts again. Now, in this time is where the 'fake' news comes into play also. The media reports it at 10 AM and retracts its 'take on the subject' during the late news or on a non-promoted page on their website or buried in another article. The damage is already done though. The 'tweets' are also pretty funny sometimes and a different take on what a politician should be. Why can a politician not say what is one their mind. A year in and we are all still here.

Incites - Less than 280 characters and he can make newspeople cry. He can make Senators call him names reserved for late night movies. He causes the millennial/SJW/#resist/BLM go crazy. Literally. Screaming in the streets. Why is it though it is not inciting violence? For all the media and politicians talk about how bad it is it is not. It is his right to say what he wants just as it is the press's right to report it.

Triggers - See above but this one is about the members in here. I laugh at the threads were people are freaking out because he tweeted he did not like someone or that a foreign leader is wrong or a sports player is a wimp. The masters of deflection that feel anything Trump says is oppressive and unwarranted.

Grow up and get over yourselves. Think about this. 280 characters. That is all it takes now to make people go completely bat# and you all still call him dumb? He is so far in your head he will never leave.


Search out your trigger levels and adjust accordingly.
edit on 01CST10America/Chicago056101031 by InTheLight because: (no reason given)

Probably cause I'm out since I've been sick 3 days haha.

Trump keeps his opponents running in circles and they don't even realize how they're being lead.

How much did he spend on his campaign compared to the loser?

He's doing the same with the media and his tweets.

posted on Jan, 3 2018 @ 12:23 AM
link
All these Liberals on here "wailing and gnashing teeth" . Crying out unto the heavens.
Trump is doing the do....cats toy with their prey.
It don't get no better than this

because he knows his opponents, he doesn`t have to outsmart them he knows they are extremely over emotional so all he has do is call them boogerheads and they will take the bait and go nuts.
it`s like watching retarded children being toyed with.

My perspective is solely based on actual actions and so far Trump seems to do what you'd expect. Haven't got annoyed about him spending millions [public money] on a personal holidays or handing out freebies just to people of his own colour, because he hasn't. Nor do I feel he's done anything too outrageous. To me he's presidenting as you'd expect.
Only time will tell.

posted on Jan, 3 2018 @ 11:30 AM
link
a reply to: matafuchs
Donald Trump is obviously the kind of man who takes pleasure out of saying things that get people annoyed. He loves "winding them up" (like clocks). It's his hobby.
He's now reached a position in which the whole world helps him to indulge his hobby, by reacting to everything he says. He must be having a whale of a time.

originally posted by: Hecate666
Haven't got annoyed about him spending millions [public money] on a personal holidays or handing out freebies just to people of his own colour, because he hasn't.