originally posted by: Saiker
a reply to: Swills

Yeah, but he's not "presidential" meaning he's too human. Swills wants a predictable robotic guy, with hair He can relate to, someone whos a smooth talker so they can read him a bedtime story. That is what a POTUS priority should be... Making swills feel warm n fuzzy inside. Jobs? No, that's just some abstract concept that has no effect on our life... We want the warm and fuzzies back, like when Obama gave a speech, oh man... I used to just block out all the problems in the world and let his voice carry me to my happy safe place...

You can't do that with Trump, he makes us think about reality and stuff and it makes me and swills really uncomfortable!


Sweet, let’s have those slander laws enforced in here so all the minority right wing online trolls can be sued for every penny they own and will ever own

Like a typical leftist you want the Government to put its hand in its pocket rather than you using your own money to sue to return your own character to honour.

originally posted by: kurthall
a reply to: Imhere

Yeah yeah, and hillary didn't have any classified emails on her private server.

trump is trolling the liberal media so hard and the liberal media bites every time and goes ape # crazy.after 8 years of trump the MSM will have no credibility they will expose themselves for the emotional retarded bias little girls that they are, and the media is too stupid to see it. when he retires as president in 8 years and has destroyed the medias credibility he will start an old school media company that reports only the facts and people will flock to it,he will become obsecenly rich and have a monopoly on unbiased unemotional news reporting, he`s a genius.

He has kept them afloat these past 2 yrs.

It's funny to me to constantly see lefties essentially admitting they can't multi task.

I mean, I can type 5 tweets while taking a dump and quickly get one with the rest of my day. 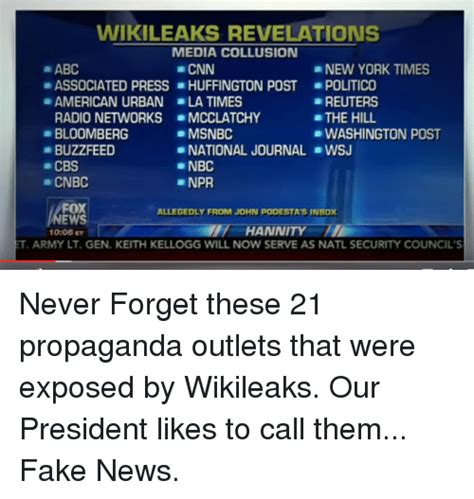 originally posted by: Arnie123
The liberal heads exploding in this thread have brought great entertainment this cold evening, kept me warm, what salubrious delight.

It's incredibly amusing to see the reaction to a tweet which takes 20 secs to put out.

Trump has lefties on a string, making them dance like puppets.

Meanwhile Chelsea Clinton uses here 20 secs on twitter to wish the Church of Satan a happy new year and silence from the same lefties.
edit on 3-1-2018 by MysticPearl because: (no reason given)

Well i'm proud to announce that Trump is the first inaugural winner of the cake award of excellence in dumbassery, his reward is not getting roasted for he and his family's addiction to plastic surgery-for one minute.
edit on 3-1-2018 by Thecakeisalie because: (no reason given)

posted on Jan, 3 2018 @ 06:54 AM
link
It makes the media and liberals look like damn fools,showing an example of their rhetoric,their inane use of media to show Trump drinking water,then trying to make fun of way he drinks,this is how pathetic liberal media is

posted on Jan, 3 2018 @ 07:01 AM
link
a reply to: Thecakeisalie
Okay the minute is over, There is less plastic in a tonne of LEGO sets then Trump and his family, and even less political credentials.

My god, Trump is giving back awesome returns. Best vote I ever cast IMO.

I know. He acts like an honest, dilligent media is a crucial part of a functioning democracy... A REAL POTUS would never waste their time trying to restore the integrity of the media.

I, for one, would be much more afraid of being in a time and situation in which this type of thing has knowingly caused so much tension, destruction, death, financial ruin, and conflict both international and amongst Americans turning on one another in hate and just yet another person in the oval office who plays along with it knowing that it goes as far as costing innocent people their very lives just as the last two presidents were in on in thee most deceptive and scandalous ways.

Aside from that, the whole beauty of the United States, at least in theory (as the founding fathers were just as instrumental and complicit in international scandal and elitist as it gets), is that unlike the world of 1776 and even some nations in the modern age with a ruling class of hereditary powers, in the USA there IS no "type" when it comes to holding political office rather a garbage man, a teacher, a billionaire, an upper class tightwad or Joe Schmoe who never fails to speak his mind can be president even if in practice it may follow a more stringent pattern.

posted on Jan, 3 2018 @ 09:25 AM
link
Only in America. Trump will be preening in front of a mirror when he makes that announcement.

originally posted by: tigertatzen
Hahahaaaa!! Is this a wonderful #ing time to be alive in America or what?!?!? Heads will be exploding everywhere. I wish my grandparents were alive to see this go down. This just keeps getting better and better every second.

I saw this socialist type, looked him square in the eye and before I could ask who won "THE MOST DISHONEST & CORRUPT MEDIA AWARDS OF THE YEAR" .... it happened ....

originally posted by: okrian
There isn't enough thread space to go through Trumps litany of shameful lies, idiocy, childlike insults, or self congratulating. I really enjoy Trump getting mad at the media for reporting the inane statements he himself makes (hint: head not exploding).

You say there "isn't enough thread space to go through Trumps litany of shameful lies". Try this on for size....

My 1st pick is the WAPO since they are owned by the CIA and constantly put out fake sources.
2nd pick is CNN for staging the fake Muslim protest and fake Syrian bombed kid.

Leftists can't stand Trump because he is better than them at their own game. hahahahhahahhahaa
edit on 3-1-2018 by amfirst1 because: (no reason given)

If FOX isn't on the list, the entire thing is fake. Holds zero credence. FOX lies so much they had to change their designation from a news network to an entertainment network. But you keep believing the real facts are fake and see where it gets all of you traitors.