God this guy is an embarrassment and not at all presidential. He is so pathetic.

I'm sure Fox News and Breitbart will receive high honors from him because they kiss his ass.


Wonder why he feels the need to state the obvious?

originally posted by: Imhere
"I will be announcing THE MOST DISHONEST & CORRUPT MEDIA AWARDS OF THE YEAR on Monday at 5:00 o'clock," Trump tweeted. "Subjects will cover Dishonesty & Bad Reporting in various categories from the Fake News Media. Stay tuned!"

He keeps calling them out. Maybe one day they will start really vetting sources and really being journalists.

He is single handedly tearing the MSM down.

It's a thing of awe and beauty!

Poor bastard still thinks this is a reality TV show, and is running it is as such along with his own narcissistic ignorance and money laundering scheme.

only of he wears that pimpin white suit and hat he wore for New Years!
edit on 2-1-2018 by BlueJacket because: (no reason given)

When you win as much as him, you tend to have a little extra time. And trust me, this is him winning. LMAO.

This is the funniest thing I have heard in this new year so far. The left are going to be so triggered.

tigertatzen
+1 more
posted on Jan, 2 2018 @ 09:04 PM
link
Hahahaaaa!! Is this a wonderful #ing time to be alive in America or what?!?!? Heads will be exploding everywhere. I wish my grandparents were alive to see this go down. This just keeps getting better and better every second. 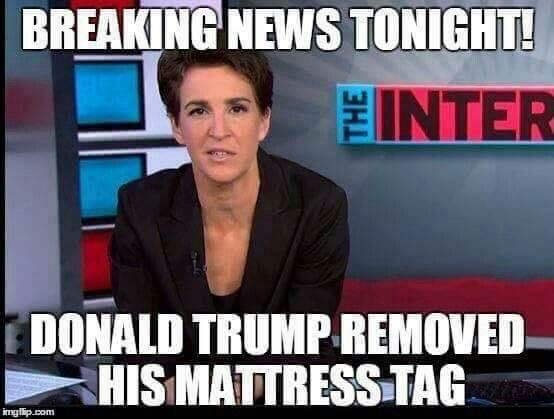 okrian
+23 more
posted on Jan, 2 2018 @ 09:10 PM
link
There isn't enough thread space to go through Trumps litany of shameful lies, idiocy, childlike insults, or self congratulating. I really enjoy Trump getting mad at the media for reporting the inane statements he himself makes (hint: head not exploding).

originally posted by: Imhere
"I will be announcing THE MOST DISHONEST & CORRUPT MEDIA AWARDS OF THE YEAR on Monday at 5:00 o'clock," Trump tweeted. "Subjects will cover Dishonesty & Bad Reporting in various categories from the Fake News Media. Stay tuned!"

originally posted by: VictorVonDoom
I hope he gets Steve Harvey to host.

And Donna Brazile to let the winners know before they win?