I tried communicating with Kibbitzlaw months ago, no response. So I tried to troll him a couple of times, still no response. Much of what he says is complete nonsense and I don't think any of his predictions have come true. He's pretty extreme right wing too, which I find hard to believe because if an alien race were that right wing they'd simply take over.

US right wing? Or another version?

Conservatives are for smaller governments and anti interventionist policies..

That's why these words to lable people all suck..
I'm something like hippy.. as in anti large government/war but pro helping people out (limited socialism) so you would have to call me a left righty..

But I thought conspiracy theorists had crossed the barrier of the right left paradigm as a group banding together against hueglian dialectects and divide and conquer tactics years ago realising a bird, like a bald eagle for instance, flaps both right and left wings to fly.

And then I guess people got distracted lol.

As far as aliens go?
How could you presume to put words in their mouth?
Or put logical actions based on human experiences they do not share as their likely actions?

Alien motivations could be quite alien to us. Were they an only child (as an intelligent species)?
Maybe they got lonely but they are the awkward kid waiting for us to make the first move?

But yea plaidians on Twitter talking in perfect english? It's a bit much haha.. it's so 10 years ago.

Whats so great about Pleiadians?? Pleiadians are HOT 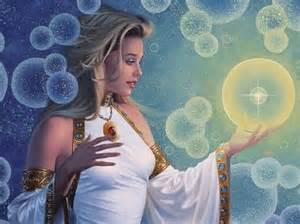 originally posted by: stosh64
Whats so great about Pleiadians?? Pleiadians are HOT


They're like the hot girls in high school who are nice to you but there's just... no way.

listen if i saw some of those things, the last thing in my mind would be their beauty

Personally I don't think so, but I have checked out VOTL before and oddly, Obama follows that account. It's been talked about here before.
edit on 1/2/18 by Vasa Croe because: (no reason given)

posted on Jan, 2 2018 @ 05:33 PM
link
Maybe theyre legit but you need to wait for the intergalactic space relay to send those tweets to another star system.

Makes you wonder what cellphone they use and what provider?