originally posted by: Woody510
a reply to: Silentvulcan

I dunno. The locals seem too laid back to care. BAE parked Taranis out in the open for 24 hours before it's transportation to Australia for testing, and not one regular aviation spotter (including me!) spotted it or took a photo!

BAE mocked us all for it afterwards too, showing they have a sense of humour, lol.
edit on 25-1-2018 by waynos because: (no reason given)

Everyone's aim is progression. To get knowledge you have to do something. You have to get to your own conclusions. So I'm asking what's wrong?
edit on 25-1-2018 by SpeedFanatic because: (no reason given)

what? oh nothing.... nothing I am slightly psychic and just had a premonition that's all.

I concur, i’m from the fylde, for years myself and my brother in the summer watched them fly from our back garden at night. Small triangular craft, You could hear warnings to other flights that uavs were operating in the area on a scanner.
Up at nearby rivington it became a bit of a joke about the testing of the black triangles over there. That would have been 93-96.

I seem to recall there was a near miss that was reported in the press involving a civilian airliner and a small black triangle late 90’s I think.

There have always been rumours of an emergency landing at Warton of something special from our American brothers, sf descended on to the scene quickly and things were covered up, literally. Happened in the 90’s.

Also had a girlfriend from Elgin, who had a full complement of new double glazing from the mod due to a low flying ‘black thing’ that shattered her previous ones. She reckoned it was a us plane as it was too big to be British apparently

Oh I was editing my post while you were posting yours...

originally posted by: Silentvulcan
For Uk base’s I would say Lossiemouth, Machrahanish, Warton, Mildenhall, Fairford and Boscombe Down...reply to: Ironside800

Warton is not an RAF base so unlikely.

I worked there for quite a few years, had friends who worked on Taranis. South Side is not really what you think, the Police helicopter was/is based there for a number of years, the large hangar is flight line, there is refuelling and armaments there (mainly drogue shoot, spin recovery, seats and missile ejectors - not weapon armaments regularly). A couple of hush houses for engine runs, there is the hangar on wheels that rolls back to allow radar tests, this is where they tested Replica and probably Taranis. I think the fact it's on wheels is both for weather and privacy. There are a couple of hangars where you can't get in, one has a 'coke can' rotating security door so you can't let people without access in and Taranis and replica were based there. There is also no restriction for staff to drive over there as there are some engineering offices.

posted on Jan, 25 2018 @ 04:27 PM
link
I misread the thread and did not see the operated out of bit...just what bases in the uk they might of visited...I know Warton is not an Raf base (26 years in the RAF as an aircraft Leckie) and have been in the aviation industry since 1979) so consider myself to be fairly acquainted with most bases in the uk and what goes on/flys from them...been to south side and as you say there are bits no badge will get you into...a reply to: Forensick

I agree with you on that one even in an emergency I can't see it landing there. If developed problems over the Atlantic then at the time Machrihanish would be the ideal spot and if it was coming from the med direction any of the US run bases down there.

I wouldn’t be too quick to dismiss this one, stranger things have happened. My source on this is impeccable, a trusted friend and colleague, he was there at the time, saw what went down.

Indeed! Something manned and quite fast was visiting UK bases since at least 90s?
By saying what went down, are you referring to Boscombe incident?

posted on Jan, 25 2018 @ 06:02 PM
link
Woomera and Pine Gap in Australia..Remote airfields up north would be easy to hide something plus has long runways to take high speed platforms.Platforms come down from Guam.Too much activity on the East coast such as Richmond,Amberly or Williamstown.Other place is Oakey in Qld but is primarily a Helo base now,ex WW2 fighter and Bomber .
edit on 25-1-2018 by Blackfinger because: added
edit on 25-1-2018 by Blackfinger because: (no reason given)

Several years ago an ATSer was out in that area and caught Top Cover flying.

posted on Jan, 25 2018 @ 06:10 PM
link
Pine Gap is perfect for Radar exercises..BAE had a field day with Taranis in Woomera.My BBT sighting was at Dalby at night which is west of Oakey where they do a lot of helo exercises.. 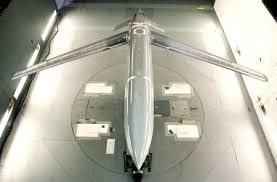 It was an air launched cruise missile that carried various sensor packages. It could loiter up to 24 hours over a target area.