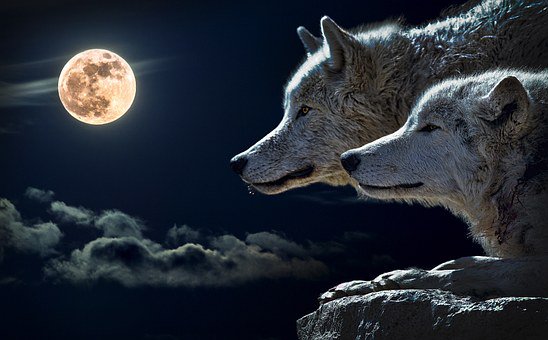 Tonight there will be a Wolf moon which is also going to be a Super Moon. I wanted to give a live link to it for anyone who maybe can't view it due to weather or other reasons.

The Slooh livestream will kick off at 6pm EST on January 1 in the US, or 11pm GMT in the UK on New Year’s Day.

Why it's called a Wolf Moon:


It was known by early Native American tribes as the "Wolf Moon", because this was the time of the year when hungry wolf packs howled outside their camps. The 2018 Wolf Moon is also a "supermoon", which means it coincides with the Moon's closest approach to Earth - known as the perigee.
It will appear up to 7% bigger than an average Full Moon and around 12% to 14% bigger than its counterpart, the Micromoon...

If you were born under a Wolf moon:


January : Wolf Moon Sign
If you were born under the January Wolf Moon, you very likely had (maybe still have) many challenges to face in your life. This makes you uniquely skilled to tackle most difficulties with a cold exterior. Your accustomed to hard work and moving diligently through obstacles. People see you as a lone wolf, and this is true in the fact you would rather work alone. The truth is you have a very close niche of people (your pack) whom you feel fierce love for (although you may not openly show your affection). Your life lesson is about faith, and letting more than only hard work move you through life. ...


(all the other moons signs are found there as well.)

We also will be presented with a Blue/Blood moon on the 31st .


At the end of the month, another, different full moon named the Blue Moon will appear on January 30 and reach its full peak on January 31. The Blue Moon will be especially noticeable among those peering up at the sky, as it will appear as a total lunar eclipse or blood moon. According to Space.com, those living in the "western U.S., Hawaii, or the Eastern half of Asia" will be able to see the moon turn a "blood-red as it enters the deepest parts of the Earth's shadow." ...

So January will be a pretty good start, moon wise, to the new year.

Actually seen a wolf around 2 pm yesterday standing on the side of our road. We stopped and watched him for a bit, he stood and stared at us sniffing the air. We watched him for about 5 minutes.
Then he trotted up the neighbors drive way.
We pulled in to warn them that there was a wolf sniffing around, in case they had their pets out.
But no one was home.
Hopefully that wolf had a warm place to sleep last night because it was -40 again for a week straight now.
...stupid northern Ontario.

and yes the moon was very bright last night. Had the yard lit up so much so that it seemed like there was a yard light on.
edit on 1-1-2018 by Macenroe82 because: (no reason given)

There are no windows with a good view of the moon in my house so i suppose I will don many many layers and venture outside. We had some snow flurries early and it is currently 15F with a windchill of 1F. Overnight it is predicted to be 2F andd clear so it should be beautiful.
There's 2 things to look forward to this month.

I saw Lon Chaney walking with the queen, doing the werewolves of London.

I'm gonna leave that obscure pop culture reference here and back away slowly...

Actually seen a wolf around 2 pm yesterday standing on the side of our road. We stopped and watched him for a bit, he stood and stared at us sniffing the air. We watched him for about 5 minutes.


Keen sense of smell, they can smell carrion drifting on the wind for miles.


That's my story and I'm stickin to it.

I'm dedicating this one to my Angel.
Sweetheart, I'll be looking at this and thinking of you .
I'll be holding the ring up to the moonlight x


Another celestial even, another screwing...it's been overcast for every meteor shower and most of the full moons this year. 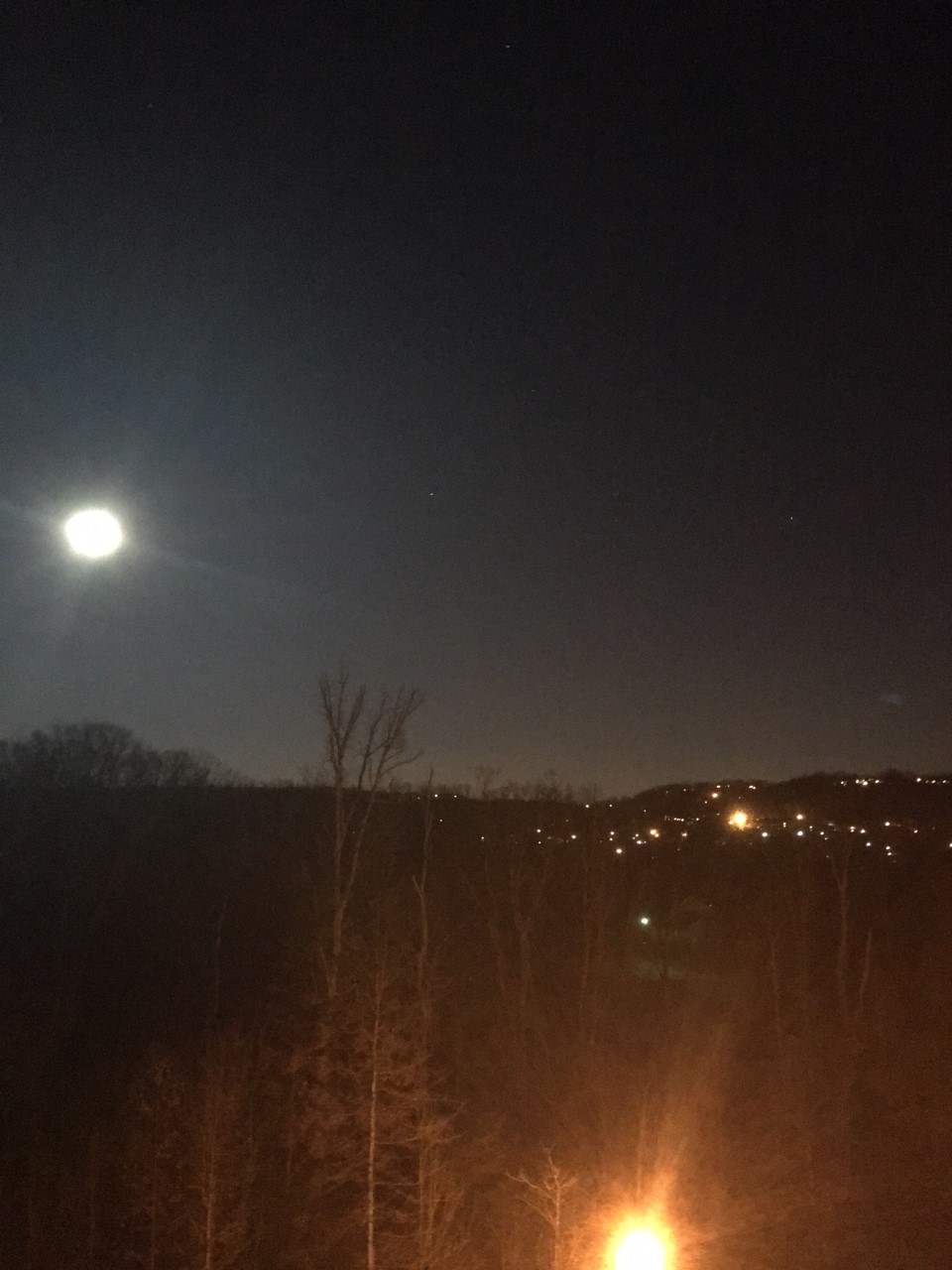 posted on Jan, 1 2018 @ 11:28 PM
link
Yes it was a nice one to see,lit up the Bush around us,gorgeous moon.I didn't take pics because the nosey neighbours were out in their yard but it was a grand one.I have so many full moon and supermoon pics in my files by now,i'm set for years in that regard.We moon lovers have been really spoiled the last year or two I enjoyed reading the background story too,thank you Our dog Logan was actually biffing and keening most of the night,but no wolves on this continent unfortunately.

Beautiful capture! Hope your wife had a nice birthday