The likes of Hitler & Putin would be jealous & proud.


You mean Joseph Goebbels, head of the Propaganda department for the Third Reich.

He invented the variety show; mixing sports, weather and music with news bulletins, 'programming' that has been developed to a high degree for uS nowadays.

When you turn on television you are watching what he started. Scientists, war technology and police state apparatus weren't the only things captured from war time Germany. But don't take my word for it, check out his speech to the Berlin Radio Convention in 1933...


Fair enough, I can respect that position. Happy New Year to you, all the best in the months to come for you and your family.

Thank you for this thread and all of your posts. I’m glad you are here!

This was paid back to the media when Hillary's campaign hosted a special event at which the media received the framing for the campaign message. Not to mention all of the other Podesta emails that showed media coming to the campaign for certain stories including having specific phrasing being used at the behest of the campaign.

Well I know they tell the interested parties in advance, but also ask for any comment. Trump gets the same treatment still.


Man, you are quick! Picked right up on it.


About the misspelling of gubment, I do that out of respect for a member that passed away.

The ATS logo has a black line thru it in his memory. He used to spell 'gubment' that way, I do that as my own way of honoring him.

Of course all the Libs/Leftists think like that.
Why do you think they are so butt hurt that they lost for over a year now and counting?
They #ing cheated and still lost.


Hiding their collusion in plain sight.

Yes, the Hillary connections -- both real and imagined, I dare say -- are well established.

My suspicion is that there is far more to it... that Hillary isn't the only one or the most recent one with such dubious (even nefarious!) connections. But that Hillary has been determined to be the fall guy for them all.

And that's just not good enough for me

Cool but to be fair, the debate situation was actually bad, what is in the OP isn't.

I would imagine team Trump had info on what Breitbart was running.

originally posted by: jadedANDcynical
a reply to: Boadicea

Me too! Misery loves company, right???

But I'm far more inclined to believe that Hillary has used her previous(?) friendship with Trump to already cut a deal, that she's been singing like a canary and pointing out all the skeletons in the closet, and that she basically and essentially helped him set a trap for the FBI/DOJ and DC critters in general... if so, then I would assume her deal depends on providing real evidence of prosecutable crimes.

I think Hillary was thrown under the bus by certain members of her party and she's gonna get revenge... sweet revenge. I'm still looking and waiting for something to prove me wrong though. I'm willing to change my opinion when I have more information.

I really hope and pray for something like that anyway. Like you, I don't see anyone going down unless someone big and in the know decides to take everyone down with her... or him I guess. I don't care who it is as long as they can get the job done!

It is not uncommon for journalists to discuss certain issues with the government so that they do not publish sensitive or classified info. Something in this email was deemed classifiable, which could have been included in a NYT story, and it is not unreasonable to suggest members of the media would work with the State Department in order to not publish sensitive info.

So I'm not seeing the big deal here.

It's a common journalistic practice to check up with sources or subjects of a story before publishing. However, this case is different in that the New York Times sets out its schedule for publishing and informs the government of the stories (and therefore leaks) in its possession.

P.S. Anyone else notice in the publishing schedule, the mention of Russia? Looks like they did publish on the Russians after all, which really shouldn't come as a surprise... 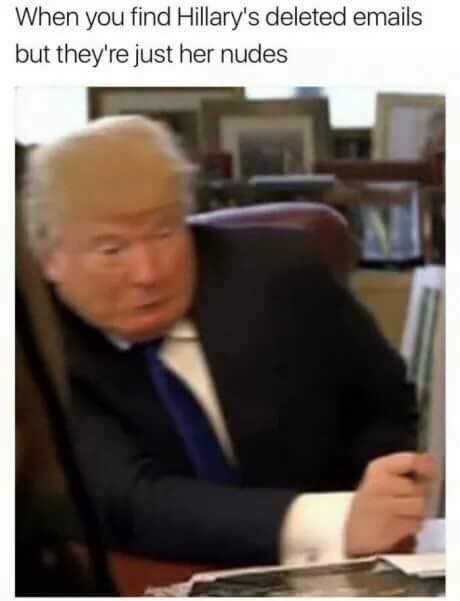 Yes, you did very well!
Thank you, and Happy New Year!

Thank you and the same to you. All the happiness in the coming year..