Quite a prolific poster for someone who joined 4 days ago..

Anyway, only someone brainwashed or with an agenda would say only the left wing media is biased and spreads propaganda.

How about nearly all media, left and right push their own agenda?

That would be a more honest assessment, would it not?


Why mention being a "prolific poster"? - I think I deserve that title moreso.
Why do you call up brainwashed ? You could use swayed , biased , and other normal grown-up words that fit the situation better.
You got any examples for the ALL media part ? Or was that only stated in defense of CNN , NBC , MSNBC for certain political ideologies.
"Honest" assessment ? I haven't saw anything on the ALL part yet. All is a very encompassing term

used to refer to the whole quantity or extent of a particular group or thing.

So , you have researched every single media outlet and found them lacking ?- I think not


Where is the antifa?


They have became useless after folks learned what they were. Normal, sane ,US citizens have a way of ignoring the rubbish(or taking it to the dumpster) in this country .

Why does Trump's lawyer use his social media?


Because sometimes an coherent adult has to take charge.

anunnaki troll)
edit on 31-12-2017 by airowineSailorcat because: (no reason given)

You may not like what Otherside says but at least he says something, rather than post a bunch of stupid memes..he can formulate a thought and respond without crayons 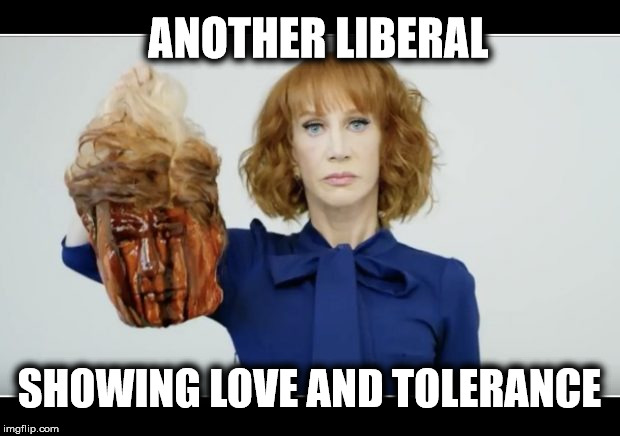 Another meme..what a surprise
I'm much more middle of the road than the extreme lunacy I see coming for the far left or far right..both are EQUALLY ridiculous,
Is that you Steve?

Again you are not actually posting anything of substance just more memes.

I actually don’t mind memes, my problems is that seems to be the sum of your counter arguments a picture annotated with someone else’s words. You don’t actually have anything to say yourself or any valid counter arguments just memes and pointless one liners.

It’s like you’re trolling your own thread and by extension you’re own ideas, if you so obviously care so little about this thread then why should anyone else.

Follow my red dot Otherside, don't get too dizzy.

originally posted by: Whereismypassword
We need a giff of Sharon Stone in Basic Instinct to show what the OP is 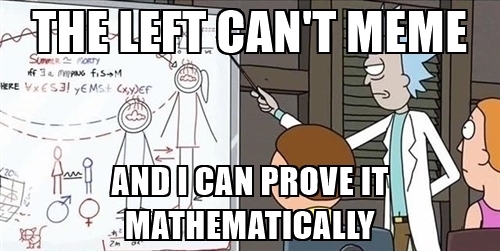 I assume you’re just trolling going by the smiley at the end.

If not, then I used the OP’s words, such as brainwashed.

I said nearly all, not all.

And considering I’ve never read or watched CNN, NBC or MSNBC, I don’t know how I could possibly defend them?

originally posted by: neo96
a reply to: OtherSideOfTheCoin

I wouldn't be so ban happy.

That table could be turned quite easily.


ATS used to be. Seems the standards have slipped quite a lot, lol.

I tend to see the political range as more or less linear... extreme conservative (aka KKK, skinheads) on one end, and extreme liberalism (fascism) on the other. Few actually fall on one of the ends; most are much closer to the center.

But, just as I am always claiming the number line is a circle, the political line is a circle as well. Both ends curve up and meet at dictatorship, because that is the end result of both fascism and unrestrained capitalism. The political pendulum swings along this circle, always being pulled back toward the center by the population, but pulled to either extreme by the politicians. Like a normal pendulum, it swings to and fro with time. Just like a normal pendulum, every time it is pushed it swings a little more extreme.

Carter gave it a gentle push to the left, mainly due to his ineptitude rather than his political stance. Reagan gave it a hefty push to the right. George the first gave a bare nudge right. Clinton a good shove left. Bush the second gave it a harder shove right. Obama tried to kick it into left oblivion. Trump has given it a huge push back right... but Trump is a centrist and a moderate at heart. I believe his push will relax as the political pendulum nears the center.

But then again, so is Rosie O'Donnell...

originally posted by: vonclod
a reply to: neo96

You may not like what Otherside says but at least he says something, rather than post a bunch of stupid memes..he can formulate a thought and respond without crayons

posted on Dec, 31 2017 @ 09:05 PM
link
So funny how this idiot gets away with crying "fake news" whenever his own words or actions get used against him. He is the most unpopular president but tell that his supporters and they find it hard to believe due to the bubble they live in. They think most American approve which is BS but it will become a reality to them come midterms and presidential election.

It is funny how they seem to forget, he lost the popular vote and most won because Comey came out with that Clinton thing a few days before the election. He won due to Comey and only because of that.