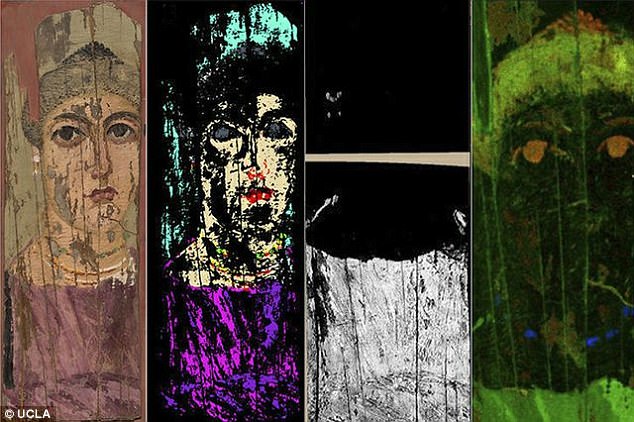 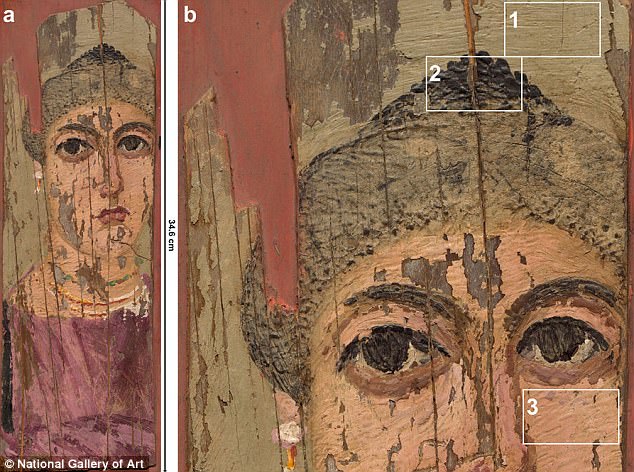 A fine painter's brush, or penicillus(1); a metal spoon or hollowed spatula known as a cauterium(2); and an engraver, known as a cestrum(3), were used to craft the painting (left image), the new scans reveal 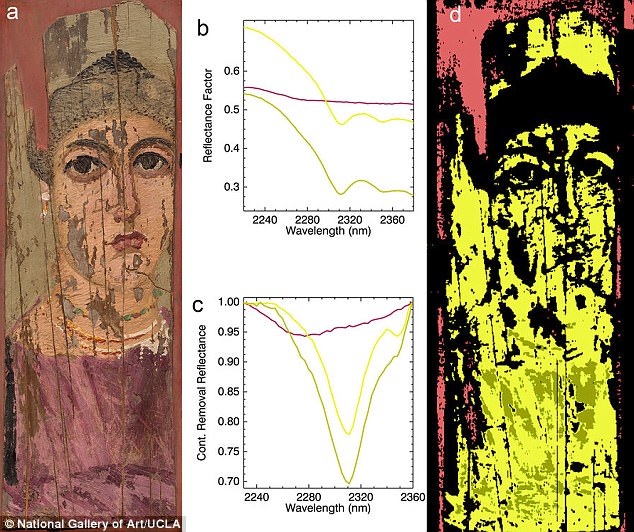 By combining data from different imaging techniques (hyperspectral diffuse reflectance scans pictured centre), experts mapped the chemical signatures (right image) of molecules across the surface of the painting for each pixel of the image 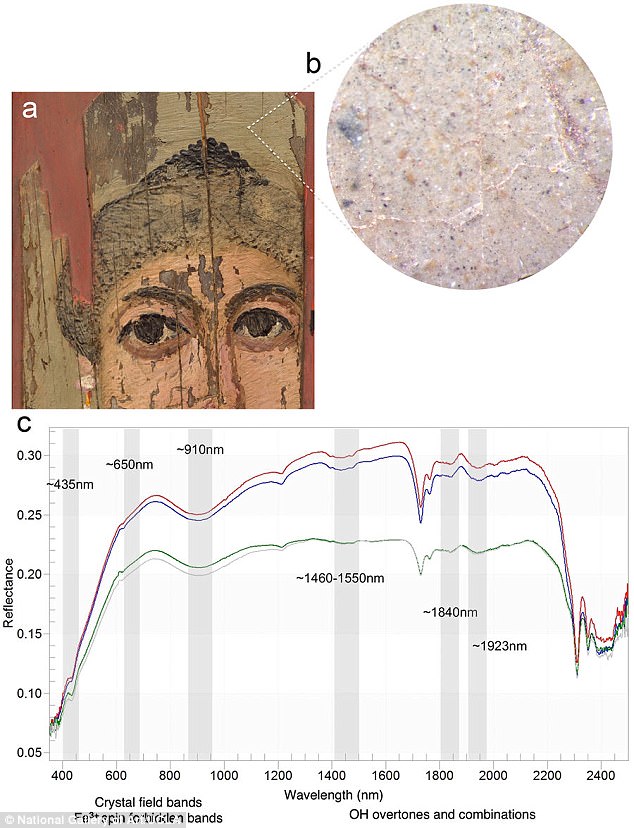 Scientists discovered that the painting was made using encaustic - a technique that uses a mixture of pigment and melted beeswax that is 'burned in' on a wooden base. Pictured (c) is a chemical analysis of the section show in (b), which revealed beeswax molecules

Now this is a pretty cool scientific study into what artists used to paint portaits back in the day...although not a breakthrough find, it paints the picture of how art drawings evolved over time.

So it settles that Egyptians were not black ...

Sure they were, they were a mixture over time of cultures as well.

originally posted by: ATSAlex
That painting does not look Egyptian, looks more like Roman or Greek inspired...

So it settles that Egyptians were not black ...

This is one of the Roman-era portraits from Fayum - and they're very famous.

They were done after 300 BC and for a population that was Greek and Roman... and Egyptians. The wealthier Egyptians in the Fayum began to adopt Roman and Greek hairstyles and burial customs. Some adopted Roman or Greek names. So this does represent a departure from the Egyptian culture (which was seen as less desirable than the things of the Roman empire.)

The encaustic (wax) technique was fairly new at the time - dating to 600-500 BC so these are portraits of people from very wealthy families.

If you look at the link there, you will see people with a range of skin tones and face types.